Earlier this month we profiled Filipina superstar Sarah Geronimo as a potential candidate for The Philippines at Eurovision Asia. But she’s definitely not the only star we have our eyes on. With more than 100 million people and a rich popular culture that’s packed with Spanish and American influences, the country is brimming with established artists and up-and-coming talent. With that in mind, we’re taking another dive into the Philippines with five more acts that could slay at Eurovision Asia.

Formerly known as Fourth Power, these four singing sisters — Almira, Irene, Mylene, and Celina Cercado — raised the roof during their X Factor audition at Wembley Arena in 2015. Simon Cowell described their first audition as “one of the best” in the show’s history, and described the judges’ four YESSes as “the biggest” that the UK had ever seen. That performance alone has clocked over 90 million views on YouTube. Besides X Factor UK, the girls have performed and competed in international talent competitions including the World Championships of Performing Arts, which they won in 2013, and the South Korean talent search Superstar K6, where they reached the finals in 2014.

Widely regarded as Asia’s premier songbird, Regine Velasquez has pushed over seven million records at home. As you can see in her live performance of Dionne Warwick’s “I’ll Never Love This Way Again”, she emotes with every note, which she nails with both power and precision. Like a bird finding its way home, she snakes through every curve with grace and poise. Just wow.

So it’s no wonder she’s racked up the accolades. In 1989, she won the Grand Prize at the Asia-Pacific Singing Contest. At the age of 21 she was the first Asian artist to stage a solo concert at New York’s Carnegie Hall. She’s also bagged Best Filipino Artist at the MTV Asia Awards. The love in her homeland is real — and could well lead her to fly the flag at Eurovision Asia.

Fondly referred to as the “Black Belter” by the Filipino media, Mau Marcelo (formerly known by her stage name Samantha Brown) won the very first edition of Philippine Idol back in 2006. Although she hasn’t experienced much success since then, the Eurovision brand is the perfect platform to breathe new life into this amazing talent’s career. Mau has incredible stage presence, and has competed in international singing shows, most notably Asian Idol in 2007.

Christian Bautista is a force to be reckoned with. Way back in 2003 he came fourth on the music programme “Star In A Million”. Since then he’s released nine platinum albums and was the first Filipino artist of the 2000s to have his debut album certified multi-platinum in several South East Asian countries, including Malaysia, Indonesia and Thailand. He clearly touches a lot of hearts in countries that could potentially vote in Eurovision Asia. On top of that he’s skilled with live audiences, as he’s participated in several musicals. He’s one of the most charismatic figures in the Filipino entertainment industry — and easy on the eyes — so could definitely handle his three minutes at Eurovision Asia.

From teen pop star to big time entertainment mogul, Angeline Quinto is no stranger to televised singing contests. She competed against Sarah Geronimo in Star For A Night, and against Mark Bautista and Mau Marcelo in Philippine Idol. She later won Star Power: Sharon’s Search For The Next Female Pop Superstar in 2011. Her albums have frequently slayed the charts. For instance, Angeline Quinto and Fall in Love Again both went 5x Platinum. Her voice may be delicate, but she knows when to crank it up, as you can see in the video above.

What do you think of our choices? Who would you like to see represent The Philippines at Eurovision Asia? Let us know in the comment section below. 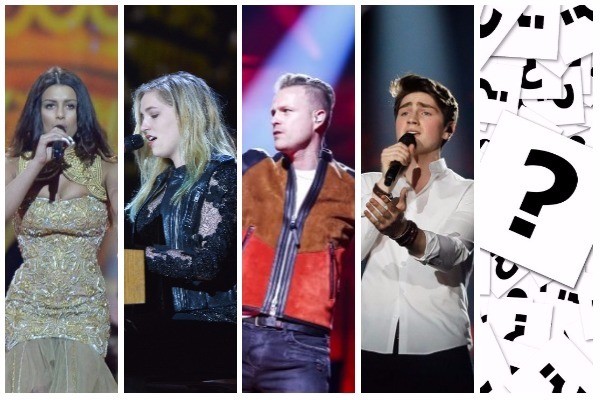 Let’s GO FOR ANGELINE QUINTO. She’s the only singer that could rival Regine Velasque. Aside from her vocal prowess she is so beautiful like international singers.
EFFORTLESS BELTING. SOULFUL LOW NOTES!

Sarah G. most perfect choice for me. She is the best performer with amazing singing and dancing skills that will really wow Eurovision Asia… Sarah G. will be the best choice.

I need to see some kundiman-realness in this contest. hahaha

4th Impact. More people is better than solo every time.

Quite the research, Deban. Impressive! 🙂

4thimpact bec. they both sing and dance choreography.

If Philippines wants to WIN (or at least leave a very good impression) on ESC-A, then they should send 4TH IMPACT!
Their vocals & dancing choreography are undeniably beyond excellent!
Things come down to what kind of song they’ll perform on ESC-A, which is a mystery to it… that makes me worry (kind of).

Just avoid ballad kind of songs, think of their “Work-It Out” type of song performance in X-Factor U.K. and you will know what I mean.

Christian Bautista is know all over Asia as well as Regine V., my vote will be the two of them.

Come on 4th Impact please do it for us!