Romania‘s 2010 and 2014 Eurovision star Ovi Jacobsen returned this week with a new single “Vreau sa-mi fac viata” (I want to make my life).

The new song, a catchy dance number, has proven a success for the Romanian-Norwegian songwriter, who has re-styled his name as simply OVI.

The fresh, uplifting track centres on enjoying life and leaving troubles behind.

“I want to make my life beautiful / And to not know where I am when I wake up / In the morning, lost from home / And to sing a bit more every day,” he sings on the optimistic track.

The Scandinavian pop sound, slightly reminiscent of Robin Bengtsson’s “I Can’t Go On”, suits OVI to a tee, as he is a Norwegian import who chose to relocate to Romania. OVI wrote “Vreau sa-mi fac viata” together with Serban Cazan, Thomas Schultz, Thomas Kongshavn, Florin Boka and Alexandru Petru Stancu.

Speaking of the release, OVI said:

“I love ‘Vreau sa-mi fac viata”, which I initially wrote in English two or three years ago. I have been asked to write Romanian language songs, and I am already working on such tracks. I really hope you like the special sound of ‘Vreau sa-mi fac viata’! I have more surprises in store for you.”

OVI shot to international acclaim in 2010 when he represented Romania at Eurovision with Paula Seling. “Playing With Fire” brought Romania to third place in Oslo and the duo returned to the Eurovision stage in 2014, when “Miracle” finished 14th in Copenhagen. He also wrote fan favourite song “Contigo” for Mirela at Spain’s national selection in 2017.

Ovi Jacobsen, who sat on the Selectia Nationala jury for a second time in 2017, is also busy hosting a weekly show with Paula Seling for the Romanian broadcaster TVR. “Dueul pianelor” (Piano Duel) is now in its third season.

What do you think about OVI’s musical comeback? Is his new single Eurovision-ready? Let us know in the comments box below! 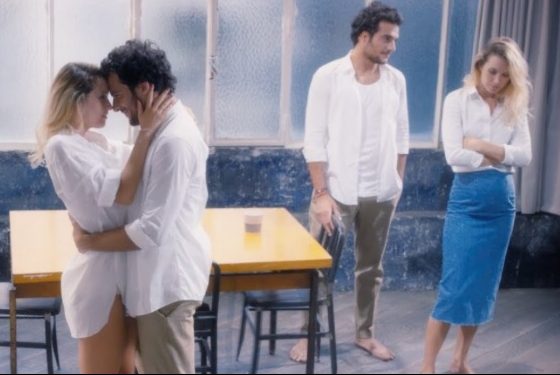