He’s the Congolese-born football star who made his Melfest debut in 2016 and returned in 2017 with an upbeat number asking for “Her Kiss”.

Now, as the 26-year old continues to re-invent himself as a musician, Boris René has released the sweet track “Glöm Aldrig Bort Vem Du Är” (Never Forget Who You Are).

Bringing together Boris’ spiritual vocals and an easy-to-remember chorus, the charity single will benefit Barncancerfonden (the Swedish Childhood Cancer Foundation).

Boris keeps some of the tropical sounds heard on his earlier single “Anywhere You Go“, but throws in a heavy gospel vibe. And as with so many other charity singles, it has an acoustic feel and light instrumentation, placing the emphasis on the words and meaning.

The song is also the official anthem of the Möjligheter Tour 2017. Translating as the Opportunity Tour, it brings Boris together with Aron Anderson — one of Sweden’s most popular motivational speakers.

According to the official press release, “Aaron teaches the audience to create target images and find their inner motivation / drive. But also to get new perspectives on existence and tools to deal with obstacles in everyday life.”

Aron was eight-years-old when he was diagnosed with sacrum cancer. Following the removal of a malignant tumour a year later, he lost the use of his legs and began using a wheelchair.

Thankfully Aron chose to see the possibilities in life rather than the limits, and became an avid sportsman. From sailing to hockey, he stayed active and his ambitions only grew bigger.

He not only completed the Junior European Championships in the wheelchair 100m, but also made the Swedish Paralympic Team for the 2008 Summer Olympics in Beijing. He even climbed Mount Kilimanjaro with Melodifestivalen stars Molly Sandén and Danny Saucedo! YAS!

In fact, the duo are full of praise for him.

Molly said: “He’s absolutely inspiring. I would have never dared climbing Kilimanjaro without him.”

Danny described him as “one of the best and bravest guys I’ve ever met.”

And now he’s touching and moving people with his enthusiasm and optimism.

Boris René gave an enthusiastic YES when Aron invited him to take part in this inspirational tour. With his music and charisma, he not only wants to share his experiences but also magical moments with the audience.

For all y’all interested in purchasing tickets, you can do so at this link. 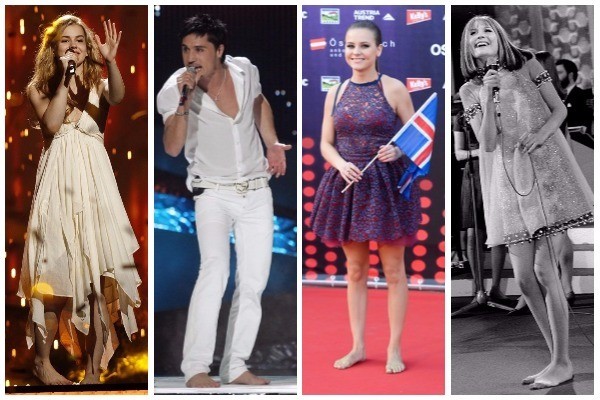 It’s her choice: Maria Iside Fiore will sing “Scelgo (My Choice)” for Italy at Junior Eurovision 2017