It’s the country that danced alone at Eurovision in May. And now Macedonia’s dancing looks set to continue at Junior Eurovision 2017 as Mina Blazev drops her entry “Dancing Though Life”.

Released on Sunday afternoon, the track continues Macedonia’s flirtation with modern grown-up pop. Commendably, the Balkan state remains undeterred by its poor results in the genre — Martija Stanojkovic missed the top ten at JESC 2016, while Jana Burceska failed to qualify for the final in Kyiv.

Mina exudes a cool nonchalance as she sings “This is our space / and this is our time / living through dance / dancing through life”. The message is clear — underrate Mina and Macedonia at your peril.

The cool vibes carry on into the music video with the young singer taking centre stage. But she’s not dancing alone. A crew of dancers, painters and skateboarders join her. The smiles of the budding Picassos and Monets are endearingly infectious.

Reception for the entry is already overwhelming positive. On YouTube, one viewer writes “The fast part is bloody brilliant. Such a banger. If the live performance isn’t a flop, this is a definite winner. 🙂 🙂 GO MACEDONIA!”. Another comments “I love how serious they take this, I hope they get the result they deserve this time.
Very adult again, but this is what children like nowadays.”

Okay, I listened to Macedonia a few times now and I really like it now 🙂

Think I see Italy as the dark horse again this year, Macedonia is really good and Malta's singer is like a mini Michael Buble #JESC2017

Macedonia is one of the most prolific nations in the Junior Eurovision Song Contest. Debuting at the very first edition in 2003, the country has only missed out twice — 2012 and 2014. Alas, they’ve yet to secure victory or even a podium finish.

Their best results were in 2007 and 2008, when they came fifth. They’ve finished last on three occasions, most recently in 2015 when Ivana Petkovska and Magdalena Aleksovska sang “Pletenka – Braid of Love”. However, the entry did have its fans, including our Angus:

Sweet, catchy and energetic, “Pletenka” has everything a JESC song should. What it lacks in artistic depth, it more than makes up for with sweet vocal delivery and catchy lyrics. Ivana and Magdalena are a magnetic pair, so given some choreography on stage this will be a smash in Bulgaria.

Last year, the hotly tipped Martija Stanojkovic performed “Love Will Lead Our Way “. The radio-friendly pop bop quickly established itself as a fan favourite, but could only manage 12th place in the final. For our William it was love regardless:

If Martija could enter adult Eurovision, she’d take Macedonia straight to the final. This mixes Balkan realness with Caribbean cool, creating something at once regional and international. Although the melody is nice, it is a tad repetitive and loses my interest rather quickly. But no matter. Martija can be proud she’s delivered FYROM’s best-ever entry at JESC.

Will Mina be able to deliver Macedonia its best ever Junior Eurovision result? 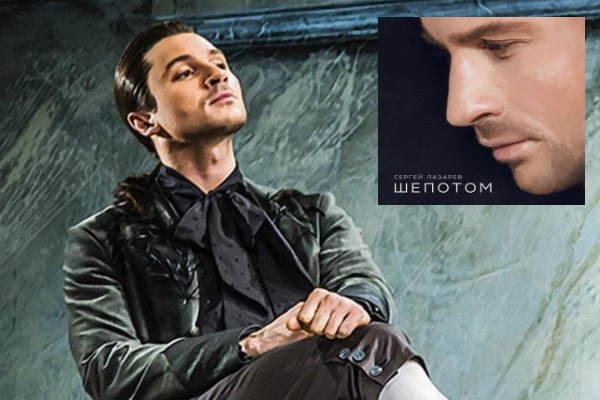 I don’t feel the song and singer really ‘match’ each other. Perhaps melismas throughout the track would make me like it more, since there’s some good vibe in it, but overall her voice puts me down here.

I like the song better than last years but I agree that it would not do well. The song is good but the girl image is too overproduced and mature. It is not suitable for junior. What was so wrong with 2015 Macedonian entry? It was very cute and the girls had made the song themselves…

The song is generally good but I have a few issues with it: – As others pointed out, her English enunciation is not good. The song would be better without English at all. – Like last year, I think the song is more ESC than JESC and that could hurt it. This song has almost a darker mood, which I like, but I am afraid children will not really get. That being said, I like the video with the painting and spray paint (not sure graffiti is a good choice for kids lol). But this can lend to some cool… Read more »

I actually think that she’s going to get the last place. The song is not so good as some people claim, “Love will lead our way” was much better. Plus, it’s Macedonia, they’re terrible at staging their entries and I can already imagine what’s going to happen.

Sure Macedonia is going to be underrated this year too. So unfair. I’m still dissapointed with last year’s Martija’s placement, the same with Jana.

I don’t get the hype, the song was pretty flat to me and her enunciation needs a lot of work. I couldn’t tell whether she was singing in English or in Macedonian at some points.

Totally true! Can’t see anything special about it.

A very good song, but it’s only coming third at best in the tops. Belarus is virtually everyone’s winner and Russia the universal favourite for 2nd place.

One great thing about this song is that unlike the similar Dance Alone, this is a Macedonian production- the victories of Ukraine and Portugal in the adult contests suggests a desire to penalise countries reliant on Sweden if they’re not Swedish, and reward those who internalise producing and writing the song.

my winner modern fresh and she is beautiful

They keep sending amazing songs and they are always underrated 🙁 I hope they can finish top 3 so they know they’re doing something good.

Top 3 would be amazing. In fact, it’d be cool if Macedonia craved victory! 😀

Ahhhh u used my comment omg I feel famous (the fast part is bloody brilliant).

When will there be more reaction videos for the JESC songs?

The best song in JESC ever.

macedonia slays so hard… hopefully macedonia 2018 in regular eurovision will meet up to their amazing entries in esc 2017, jesc 2016, and jesc this year. one of the few entries this year that i wouldn’t be mad if they won, along with belarus and russia. well done macedonia!!