In 2016, Iveta Mukuchyan took Armenia back to the Top 10 of Eurovision and nabbed the title of Eurovision’s Next Top Model along the way. Eighteen months later The Voice of Germany alum and our favourite Armenian diva returned to where it all began, reliving her experience on the Armenian version of the show.

Her performance at Eurovision was nothing short of mesmerising. Sharp camera angles showed off every inch of Iveta’s body and she delivered some of the best staging in recent memory, finishing second in her semi final behind hot favourite Sergey Lazarev.

But on The Voice of Armenia Iveta proved that she could impress a panel of expert judges without slick staging or flashes of flesh, covering up in a bedazzled hood. Performing Beyonce’s “Runnin'”, she stunned the judges from the very first note.

Iveta Mukuchyan — The Voice of Armenia

Iveta wished the judges the best of luck in the blind auditions as they search for the next big Armenian star. She had some words of advice for the contestants too, encouraging them to enjoy the experience and to not focus too much on whether the chairs would be turning.

The judges were surprised by Iveta’s audition, not expecting to see her on the stage. They commented that this audition proved the effectiveness of the program’s blind audition format. It showed them that a singer with an amazing voice would be able to take them on a journey and inspire them to turn their chairs.

Iveta found the experience rather emotional, stating that it brought back memories of her audition on The Voice of Germany in 2012.

Iveta Mukuchyan has kept herself busy since Eurovision, releasing a number of singles in recent months. Her latest tune “Depi Nor Irakanutyun” is bound to be a hit in clubs around Armenia.

What did you think of Iveta’s audition? Which other Eurovision stars would you like to see take the blind audition challenge on The Voice? Let us know in the comments below. 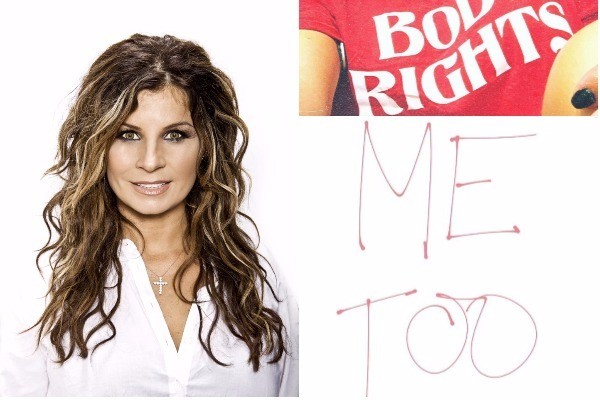 #MeToo: Carola joins Wiktoria and Molly Sandén in speaking out against sexual assault Cheap PR trick if you ask me

Hasmik Shironyan, the girl she eliminated in Depi Evratesil, was light years better.

No she wasn’t. Say what you want about Iveta, she has an incredible voice technique!

Hasmik was a perfect option but they screwed it up. I agree she is much better than Iveta. Hope she’ll be considered for 2018.

So her “audition” was just a joke? She doesn’t really participate?

There are a lot of localized versions where former winners and/or the coaches do these ‘mock’ auditions.