Update: The Israel broadcaster originally stated October 30. But on 23 October they changed their minds, moving the show forward by one day to October 29. We have updated this article to reflect that.

The search for a new Golden Boy kicks off in just two weeks. Yes, The Next Star for Eurovision 2018 will launch its new season on October 29. The upcoming season will be twice as long as the previous season and will feature some familiar contestants who you’ll recognise from Kdam — Israel’s national selection of yesteryear.

After the Israeli spokesperson’s dramatic farewell in the Grand Final of Eurovision 2017 in May, many thought the game was up for Israel, but as we reported recently the EBU and Israel’s new broadcaster IPBC (KAN) have come to an understanding which will allow Israel to take part at Eurovision 2018 in Lisbon. Yay!

As in recent years, Israel will use The Next Star for Eurovision to select their representative for Eurovision, while hoping to continue and qualify for the final (as they have every year since using this national selection method) and maybe even improve their final results and aim for the win. The upcoming season will feature 20 weekly episodes so we can expect the final towards February-March 2018.

There will be no major changes in the show other than the fact that the hosts Assi Azar and Rotem Sela will get to have their say in the auditions phase, as they will have the right to veto in case a contestant they like does not pass his audition.

So far the Israel Hayom newspaper has named only a few known artists that will try their luck and audition for the show, and both of them took part in Kdam.

One of the names is Chen Aharoni, who took part in a similar talent show called Kokhav Nolad (A Star Is Born) during 2007. He also took part in Kdam Eurovision 2011, reaching fourth place, and even participated in the UK X Factor during 2013.

Another known figure is Rinat Bar, who took part in Kdam Eurovision 2005 with the song “Kmo Chalom” (Like a Dream) and finished in seventh.

Rinat has been on stage since the age of 12 and released nine albums. She is relatively successful, especially within her genre of pop-oriental music, but she has never become a full-fledged star in Israel.

There will be no changes regarding the judges, as Harel Skaat, Keren Peles, Assaf Amdursky and the duo Static & Ben El Tavori will all return to the hot seat.

The show’s production team have wasted no time getting some Lisbon vibes, as the hosts of the show, Assi Azar and Rotem Sela have already visited and filmed in the Altice Arena in Lisbon, where the Eurovision Song Contest 2018 will take place this May.

As you can see Rotem was very excited to be there.

When in Portugal go to sleep ?

In the previous season of The Next Star for Eurovision, we saw eventual winner IMRI during the first auditions in the first episode.

Will we get to know Israel’s representative for Eurovision 2018 before the end of this month? As Valentina Monetta sang,  maybe…

Are you excited for The Next Star for Eurovision 2018? Let us know in the comments box! 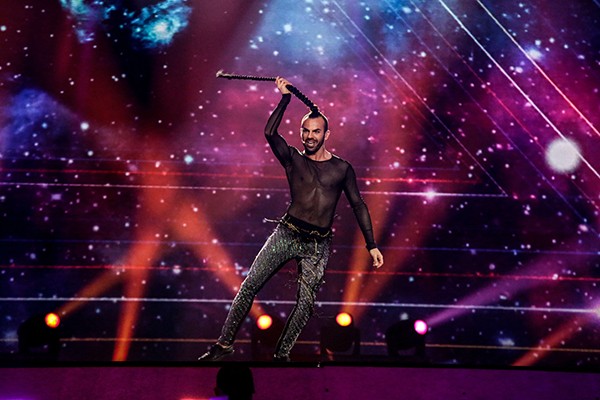 The next israeli for eurovision is going to be Neta if nothing wierd will happen.
Take a look at her singing rude boy by creating all the music live alone with a looper.
I believe she can win the eurovision easily, true star!!!
http://www.mako.co.il/tv-the-next-star/video?subChannelId=e6f9fe83d525f510VgnVCM2000002a0c10acRCRD&partner=SecondNav

Israel did great in the televote in 2015…so I don’t think they’re being set up to fail by the EBU. Hovi’s song was more jury friendly (and it did well with the jury) and Imri just sung bad.

They need to send Eden Ben Zaken. Malkat Hashoshanim and Tazizu are the bops everyone needs in their lives.

I pitty the fool who bothers to watch this shitty TV show.
Not only is it fixed from the beginning, it’s just bad television. Like a guilty pleasure, but without the pleasure.

I can’t honestly say I won’t take a peek from time to time, but I agree with you 100%. Anyone involved in that show must be guilty of at least one of the 7 deadly sins 🙂 and ‘greed’ certainly tops the list.

They should follow San Marino’s example and stop this charade of prerecorded shows with all the silly sob-story going on plus fake candidates on the production’s payroll. You got 15 televote points with Hovi Star in 2016 and 5 points with Imri from 40+ countries for heaven’s sake! If that didn’t already raise alarm bells, nothing probably will. Face it: you don’t have what it takes to make headway because your Eurovision process is based on favoritism and nepotism.

“Also, 99.9% of Eurovision viewers will never have seen the Israeli national final and so they won’t care about it.” It’s because the Israeli format and its promoters don’t really care about Europe or interested in any European involvement. They will never even consider inviting former Eurovision entrants, judges, bloggers or outside contestants because deep down they don’t care about that viewership. It’s a protectionist TV shenanigan that makes the broadcasting franchise richer by using the ESC trademark when in reality 99.5% of the songs performed there have nothing to do with Eurovision and its judges either despise or have… Read more »