She’s the songwriting sister of Eurovision 2017 winner Salvador Sobral who stood in for him during the first week of rehearsals in Kyiv.

And in a rare television appearance discussing her brother’s ongoing medical situation, Luísa Sobral has said that she is confident he will return to full health — and to recording new music.

Speaking on Fantástico, a programme from Brazilian broadcaster TV Globo, the mother-of-one made clear that she’s staying positive.

“Of course, I believe that he will completely recover,” she said in the show, which aired on Sunday. “I wrote another song for his next album.”

TV Globo reports that Salvador remains in the Santa Cruz hospital in Lisbon. Thankfully he has been removed from the Intensive Care Unit — a significant development that suggests he is on the mend.

According to the Brazilian television station — which is the largest in South America and which has strong links to Portugal owing to their common language — Salvador remains near the top of the list of patients waiting for a heart transplant.

Salvador’s win at Eurovision 2017 didn’t just boost his popularity at home — it also made him a hero among Portuguese speakers all over the world.

In September Salvador entered Lisbon’s Santa Cruz Hospital where he is under the observation of a skilled team of doctors who specialise in heart-related issues.

The Santa Cruz hospital is considered a leader in this field. In fact, it was the first hospital in the country ever to perform a heart transplant. The institution’s history and reputation suggest he is receiving the best treatment available.

Prior to entering the hospital, the jazz star gave an emotional farewell concert at the Jardins do Casino Estoril as part of the International Festival of Culture.

The emotional climax came when he was joined by his sister Luisa to sing “Amar pelos dois” — the song she wrote and which he performed brilliantly at Eurovision.

While mouthing the words of the song, Salvador welled up before burying his face in his hands. His sister immediately rushed to his side to embrace the singer, who faced his head away from the cameras.

As ever, the audience channeled nothing but warmth and love for the bohemian musician, who they sent off in style by singing “Amar pelos dois” en masse at the close of the show.

We are pleased to hear that Salvador is holding strong and we look forward to the news of a successful transplant. We send our best wishes and most positive vibes to the Sobrals. 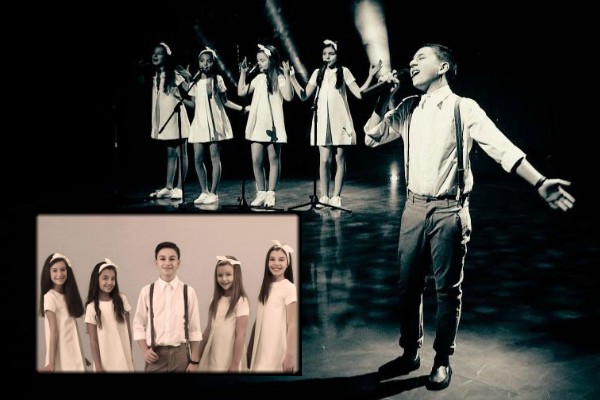 For some reason, Salvador never had time to film a real music video for “Amar pelos dois”. Maybe when he recover from his surgery he’ll be able to film a new video for that song. 🙂

He’s under no obligation to make a music video for “Amar pelos dois”. His health comes first. 🙂

Tbh, Salvador’s grand final performance of the song is far better than any music video. And as he’s someone who appreciates “authentic” music, I don’t think he’d be too keen on lipsyncing along to a song he can easily perform better live.

Maybe after he recovers. After all, there needs to be something to top the live performance.

I’m wishing him all the best, and this news is encouraging. It must be so frustrating to know that really there is nothing you can do but wait and hope. My heart goes out to him.

Make sure you are an organ donor, people!

^ I honestly didn’t mean to use that unfortunate turn of phrase…you know what I meant, hopefully. Although if I were in a fatal accident, I would gladly let him have my heart and I’d be happy to know that it went to such a nice & decent guy.

Ugh, this whole situation is horrible.

“My heart goes out to him.” 😀
Don’t apologise Jonas, we all need to laugh sometimes. 🙂

It’s ok, we understand. Your heart was in the right place. 😉

I’m so glad he’s out of the ICU now. I trust that he will recover and receive either a successful transplant, or at least the Artificial Heart that has been rumored while a transplant appears. Much strength and positive vibes to the Sobrals.

That’s great!!!
But don’t do Fantástico though, that’s a terrible programme.

Go Salvadorable! 🙂 Keep on fighting and be strong <3 .

I expect he’ll be well enough in spring, but will he make many appearances at other national finals or parties? Or is that not really his thing?

Parties, he won’t be for sure. Salvador doesn’t like it. (Hence why he didn’t even go to Madrid, which about 600/700 kms from Lisbon)

The way people treated his absence in Madrid made me think it was more that he couldn’t even go that far at that moment (maybe saving energy for Eurovision).

I’m not even sure he’ll be at the Festival da Canção. In any case, the priority would be making sure he can be at the Eurovision final to sing Amar Pelos Dois and maybe the new one he has by then, as well as give the trophy to the new winner. Luísa will most likely be at both places, tho.

So happy to hear it! Get well Salvador ?

Whether people like him or not, the hearts and spirit of every Eurovision fan should be with him right now. It’s what he needs to get better

With so much positive energy going on, of course Salvador will recover and bring us lots and lots of joy. The best is still to come.