It’s the last country left to reveal its singer for Junior Eurovision 2017. But last night, we came one step closer to finding out Ireland’s song for Tblisi as TG4 broadcast the first of four pre-recorded Junior Eurovision Eire semi-finals.

Over the course of the hour long show, eight talented young singers performed two minutes of their songs before a judging panel made up of Fiachna Ó Braonáin, Bláthnaid Treacy, Dustin the Turkey (Ireland 2008) and Brendan Murray (Ireland 2017).

Muireann McDonnell and Judy Langan emerged as the panel’s favourites. After a second performance from each, the jury opted to send Muireann to the final with her song “Súile Glasa” (Green Eyes).

The full line-up for semi-final one was:

Muireann’s “uh-oh-oh-oh” hook is still ringing in our ears, and it looks like we’re not the only ones. The song features heavily in TG4’s promotional trailer for the overall series. Could this be a hint at the final result? Remember, the powers that be already know the winner as the show was filmed several months ago.

Cá bhfuil an mic? Tá sé beagnach in am do Junior Eurovision Éire 2017 The countdown is on!!!

Junior Eurovision Eire 2017 continues with semi-final two next week. Once again, the show is scheduled for 20:00 on TG4. The final is set for 19 November.

What do you think? Could Muireann McDonnell be Ireland’s choice for Junior Eurovision 2017? And if so, could she take the Emerald Isle back into the top ten? Let us know in the comments below. 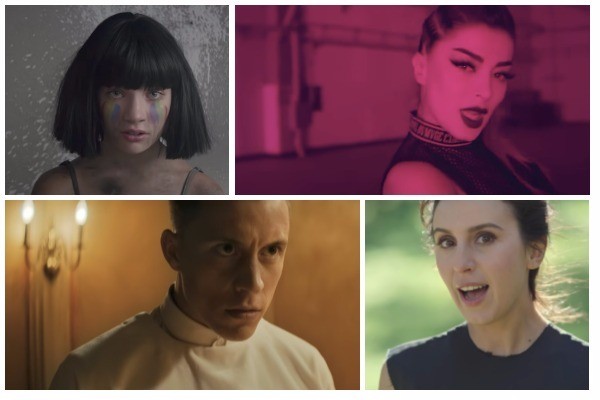 Poll: Who should win the OGAE Video Contest 2017? Muireann pulled the sassiest performance of the night. She even follows my dad on twitter.

she is the Irish representative this year. I hope the revamp is good.

Guys I think she won cause we know the winner plays an instrument, plus It’s a great song. Muireann is following every jesc social media page!

how do you know that the winner plays an instrument?

hoho
Reply to  A

it says so on the Junior Eurovision site

Great song, I actually see this winning JESC, it not too modern or adult, but still it isn’t childlish, she’s super cute, the song is simple and sung in a beautiful languaga. So yeah, it’s better than last year for me(I know this isn’t the winner yet)

Yeah, I like too. I see it winning JESC as well. We’ll see what happens.

Sounds good, too bad the revamp will be released just one week before the contest (if this is the winning song I mean ;D)