When singer Sandra Reemer passed away in June, Dutch Eurovision fans mourned the loss of a national hero.

Aged just 66, the three-time Eurovision contestant was a symbol not just of the song contest, but also of the tolerance and diversity her country is known for. Born in Indonesia — and of Dutch, Chinese and Javanese heritage — she competed in the contest at a time when its performers were cut from a more homogenous cloth. She blazed a trail, for sure, but Dutch remember her mostly for her spirit, lovely voice and songs that capture an era of Dutch musical history.

And now Catawiki, an online auction site, is giving fans a chance to get close to their idol once more by auctioning a number of her possessions across art, design, fashion and jewellery. Among the items currently listed as part of The Sandra Reemer Collection are a Gianni Versace Couture jacket with matching blue skirt, and a Thierry Mugler cream-coloured suit. Sandra had a great voice and some very nice taste.

The auction is set to close in 5 days — on Sunday the 29th of October.

Eurovision fans will be particularly interested in the three outfits she wore on the Eurovision stage in 1972, 1976 and 1979.

Auctioneers estimate that the dress — a flowing green and yellow number with a tropical feel — could fetch as much as £4,400.

She returned four years later and took centre stage on her own two feet — and with her real name.

“The Party’s Over” placed ninth and went on to be a massive hit in The Netherlands.

Leaving the bright colours behind her, Sandra opted for understated elegance in an all-grey number that consisted of a form-fitting dress partially hidden beneath a billowing, sheer cape with floral embellishments at the shoulder.

The dress is expected to receive similar bids as the first.

A master of re-invention, she returned again in 1979 as the front-woman of the Dutch six-piece Xandra, who sang “Colorado”.

It spoke of her love for the American state, where “the dollar is not so expensive” and where she could “buy a second-hand horse”. Despite finishing 12th, it went on to become a Top 10 hit in Sweden.

Decidedly funkier than her previous stage clothes, the outfit consists of black trousers and a sheer top with neon green and pink accents. Always ahead of her time, she was leaning 80s while still living in the 70s.

Auctioneers anticipate that it will fetch a bid of at least £1,330.

Which dress is your favourite? And how much are you willing to pay? Let us know in the comments box below. And be sure to send us a snap if you end up securing a dress. 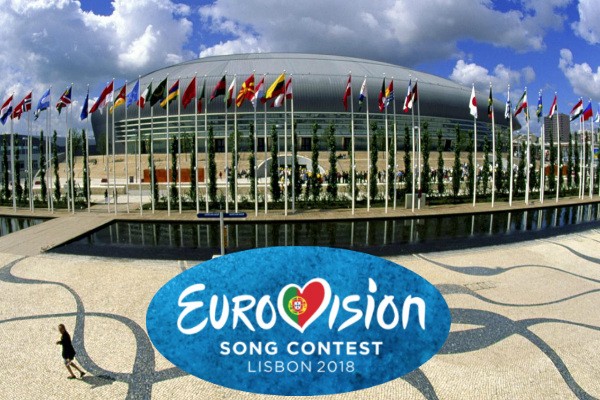 DISCUSS: Portugal’s hope for the “cheapest Eurovision ever” won’t affect the show’s quality