When Germany celebrates schlager it doesn’t hold back. The city of Dortmund recently hosted the all-star Schlagerbooom concert, an international celebration of schlager. And appearing on the Westfalenhalle stage were a couple of legendary British Eurovision acts.

The UK quartet Brotherhood of Man performed their 1976 Eurovision winning song “Kisses For Me”. The group — still with their original Eurovision line-up — were joined on stage by international schlager boyband Klubbb3.

Also making an appearance was Bonnie Tyler, who was joined on stage by Ben Zucker. Like Bonnie, he is also known for his rich, gravelly voice, which made them a perfect match for some power ballads.

They performed a medley of Bonnie’s greatest hits, including “It’s a Heartache”, “Total Eclipse of the Heart” and “Holding Out for a Hero”. Ben served a Deutsch twist on “Eclipse” by adding some Germany lyrics, while “Hero” was enhanced by The Golden Voices of Gospel choir.

Sadly, Bonnie’s 2013 Eurovision entry “Believe in Me” didn’t feature, but the country-pop track isn’t quite in keeping with the general schlagerlicious theme of the event.

But it wouldn’t be a German schlager event without the one and only David Hasselhoff. Hasselhoff performed his popular 1988 song, “Looking For Freedom”. The Knight Rider star’s version of the song became an anthem for the reunified Germany in 1989 and led to an iconic New Year’s Eve performance by the remains of the Berlin Wall.

And as Hasselhoff’s recent performance showed, it’s still a song that is able to lift people’s spirits and get the whole arena singing along.

It made us wonder: why hasn’t David Hasselhoff ever done Eurovision?

The Schlagerbooom concert showed that Germany still knows how to put on a great show. They just need to win Eurovision again so they can show off their hosting skills.

Details have recently emerged of NDR’s plans for their 2018 national final, which gives hope that Germany’s next Eurovision win will come sooner rather than later.

What do you think? Would you like to see more schlager at Eurovision? Who should Germany send to Lisbon? Share your thoughts below! 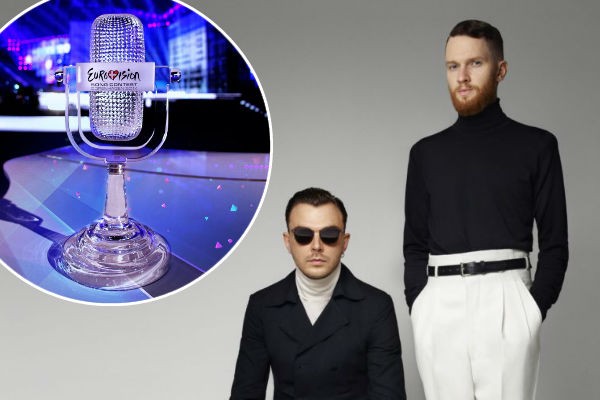 This looks like fun. What is ‘Schlager’ anyway? I’m almost afraid to ask!

Vanessa Mai or Maite Kelly are soooo Eurovision ready….
I was working at the show and I could imagine a few of the acts on the Eurovision stage easily.

Klubb3 has been asked to be the german participant (I think in 2016) but they rejected.

There was also Alexander Rybak in this show.

Yes, they try too hard to be modern. Estonia 2017 should’ve been German entry, because of Modern Talking vibe.

Cool, I hope Germany will win in 2018. They can’t pretend they don’t care.