Earlier this week Dutch media reported that The Netherlands is struggling to find a top-flight participant for Eurovision 2018 in Lisbon.

And late on Friday night Shirma Rouse — an experienced vocalist who sang with Anouk in Malmö — let it be known that she is in the house and ready to slay the Lisbon stage.

Speaking in an interview on radio show De Wat Een Weekshow met Shay (The What A Week Show with Shay), the 37-year-old unleashed a wave of enthusiasm.

“Listen, I’ve been [to Eurovision] with Anouk in 2013 — it was so cool,” she said, as reported by online newspaper Nu.nl. “All that energy, that’s the vibe — you’re there for the Netherlands…there are so many people chanting, ‘The Netherlands! The Netherlands!’ It’s so crazy, so you’re really going for something. The Eurovision Song Contest is super — everyone has to experience it.”

There’s nothing wrong with a little ambition, and Shirma has it in spades. She notes that, besides loving the gay scene, she wants to go international and reach out to the show’s hundreds of millions of viewers.

“As an artist I travel all over the world, and to me it’s interesting if I can do more in Europe or America through the Song Contest,” she says. “I just want to go outside of our national borders.”

“After Anouk everyone wants to go to the Songfestival, and I think I could do very well, not because I like myself, but because I can sing.”

She previously demonstrated that on The Voice, having reached the semi-finals in 2013 with Trijntje Oosterhuis as her coach.

During the blind auditions she wowed the public and managed to convince three judges before she even finished the first line of the song “Imagine”.

In her recent interview, Shirma also talked about the different names that have been called on to represent The Netherlands at Eurovision 2018 — names like Martin Garrix, Kensington and Caro Emerald.

But Dutch media have reported that these acts (and others) won’t be going.

“They just do not wanna go because maybe they think it won’t make enough money,” she says. “All these artists are already doing well and if you don’t go with the right song you’ll have a problem there.”

Anouk previously pushed Shirma to move out of the shadows and into the spotlight ahead of Eurovision 2014.

“She is fantastic,” Anouk said. “It is not normal to be so good. She has a very good presence, she’s really a sweetheart and very likeable.”

Do you think Shirma should represent The Netherlands in Portugal? Or do you have your eyes set on someone else? Let us know in the comments box below. 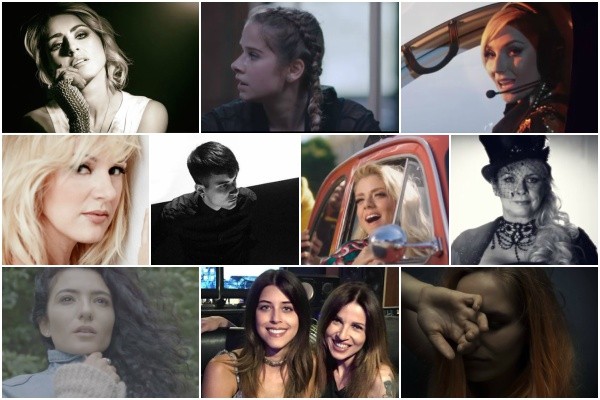 With the right song, why not? She is a competent singer, If the song is very good, then she could raise it to the right level. In general, people are very artist-centred. But better a good song with a good artist (even if they are not known world-wide), than a superartist with a mediocre song.

I love Anouk and I still think that “Birds” is one of the best songs ever sung in the Eurovision Song Contest, I do not support any further Anouk-involvement on Dutch entry. Remember, back in 2015, she has written a song for Trijntje, and after the epic-fail in May, she claimed that Trijntje wanted a song from hers and she ‘let her find a song on her computer’. She somehow wants to involve with the contest, maybe just because to prove that she can do better than Ilse, but eventually she lacks some kind of ambition towards to it. So,… Read more »

Nah. I was hoping for Shalisa, who apparently has a new song out by the way. 🙂

We would never send Shalisa. Nobody here knows her and in the past 20 years we haven’t send anyone that was unknown to the Dutch public.

It doesn’t hurt for the Netherlands to have a former JESC artist for a least two (2) years in a row at the REGULAR Eurovision! Besides, Shalisa could do better than she did at JESC 2015 in Bulgaria! 😮