Shopping malls are places of desire: Ladies want that handbag and children need that toy. And today in Riga’s Alfa shopping centre, thirty Supernova 2018 hopefuls coveted something even bigger: a spot in Latvia’s national selection for Eurovision.

So, as live auditions kicked off this morning, Latvian wiwiblogger Edgars Balins packed his camera and notepad and headed to today’s judging, which saw a panel of experts evaluating thirty of the 63 songs submitted to this year’s competition.

Only these thirty acts survived the first cull. They were whittled down by a panel of Latvian and foreign music experts (including Edgars) who judged the songs blindly. And today these acts were required to sing their tunes acoustic or a cappella, thereby putting their voices front and centre as the judges narrow the field down even further.

The judges — and only the judges — have the results of the People’s Jury, which saw the public like or dislike the songs without knowing who was singing them. And today we can exclusively reveal the names of all 30 acts who made it to today’s judging. There’s nothing like sitting in the audience to help you attach names to songs.

Toms Grevins — a jury member and host of Supernova — told Edgars that this year’s selection marks something of a turning point, as there is “no absolute stand-out” as with Triana Park in 2017 or Aminata before that. So there could be some major surprises in store.

Among the most talked-about songs of the year is “Esamiba”, which we now know belongs to the singer Madara Fogelmane.

Madara is a Latvian singer who has spent the past few years singing and writing in Amsterdam. She tells Edgars that she was absolutely shocked that Eurovision fans like her song.

She also said that if “Esamiba” qualifies for Eurovision 2018 in Lisbon, she won’t change the language of the song, because the Latvian words fit perfectly to the meaning. “It wouldn’t have the same energy in English,” she says.

She already has ideas about her stage performance and her backing vocalists if this song qualifies for the semi-finals in Latvia.

Katrine Lukins, a Latvian singer who was born in Sweden, is a veteran of Latvia’s national selection process. And with “Running Red Lights” she is also a huge fan favourite, having topped the wiwibloggs poll of the 63 shortlisted songs.

Both Madara and Katrine performed well vocally and are earning rave reviews in the comments section of the videos above.

Markus Riva also advanced to today’s auditions, performing his song “This Time”. Unfortunately we arrived shortly after he sang, so don’t have a performance video, and he had to rush off after his auditions. He’s beyond busy hosting X Factor this evening!

Edgars Kreilis, another Supernova favourite with his song “Younger Days”, was the very first act to perform. We had our ears to the ground, and word has it the jury really liked him. Consider him a major contender.

You can see the complete list of artists who sang today below.

Comedian and wiwibloggs Latvia correspondent @mrbalins is at Latvia’s #supernova2018 live auditions. The judges look very serious ?? Which acts do you want to go through? #supernova #ltvsupernova #eurovision #eurovision2018

Supernova 2018: Artists at the Live Auditions

This is the view that the #supernova judges had during today’s live auditions. You can see which 30 acts made it on the wiwibloggs web site ??? #eurovision #eurovisionsongcontest #supernova2018 #ltvsupernova #eurovision2018 PHOTO: @mrbalins

Did your favourites make it to today’s live auditions? What do you think of “Esamiba” and “Running Red Lights”? Let us know in the comments box below! 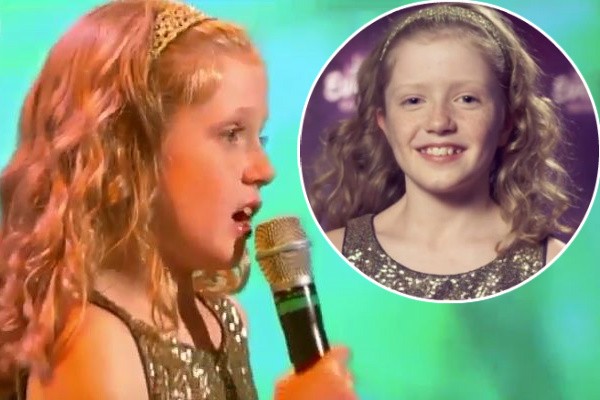 still to many songs on the battle. Ill wait for a shorter number.

So far I’m rooting for Esambia. I did not care for the audio but I loved her live. That cello really made it.

ok, are those the selected songs or not? And most importantly: if they are, why is Soledad among them?

ok, I just gave a full listened to Esamiba and I’m completely in love. I believe it has a big chance of winning the whole Supernova.

‘Younger Days’ and ‘This Time’ grabbed my attention back when the songs were published in the web. But I somehow feel ‘This Time’ is a bit bland for Eurovision and wouldn’t go through the SF, so Markus Riva should step up his performance. I really like ‘Esamiba’ too. It brings a peaceful moment with also a beatiful voice. I didn’t hear it back when there were 63 songs, but now I would like to see it in Lisbon. I agree thisyear’s Supernova is going to be open, but I think ‘Esamiba’ or ‘Younger Days’ will wave the Latvian flag in… Read more »

I’m so happy and surprised that both songs from Sudden Lights made it.

I am too. Had no idea it was the same band even, but both songs struck me as different in a good way.

Does anyone know who sang the song “Pilites”???

Loved Markus Riva’s song Take Me Down in 2015. Other songs were fine, but nothing remarkable IMHO. This year I even passed both of his songs when giving likes. It’s not that they are bad, but they just don’t differentiate themselves from tons of other songs out there.

That “Esamiba” song is nothing special, I wonder why it got through. I’m rooting for “Younger Days” as the representative song for Latvia, but I have the feeling Markus Riva may be advantaged by the jury, because he’s such a big name in Latvia. Let’s see what the public has to say about it when the time is right…

Robyn or William….do you know if Supernova is now down to these thirty entries? Can some other ones make still make it to the live shows that were not asked to be in the live auditions? Funny Girl was my favorite and will missed if it doesn’t make it.

I am hoping there is a small handful of songs that got fast tracked past the live auditions because they are SO good. This is my hope for Funny Girl.

what is with this obsession for Madara Fogelmane and her song Esamiba?
should we expect for 2018 a winner like Ireland 1996 The Voice-Eimear Quinn?

How on Earth did Baltic and IKA not make it

“Many of the songs that have missed out are brilliant tunes, but they’re not the best for Eurovision. Gentle, subdued songs don’t typically do well at ESC.”

Hearing Madara makes me wish live instruments were allowed as an option in ESC alongside backing tracks.

However my TOP 5 all made it….so I’m okayishly pleased. But some from my Bottom 5 have come through?? Like how?

Wtf? Both my top 2 are out (Baltic and Ocean of Pain) rooting for Esamb?a now

I am sad that Baltic didn’t make it 🙁

So bummed that Baltic is out. Same for Funny Girl, War of Flame, Divi Cilveki, IKA, Sapnu Dziesma. T_T

Now, I am rooting for Esamiba, Take Me Home, Flashbacks, Just Fine, You Are My World and Save Me.

Also for Intoxicating Caramel, Eyes and Walk the talk. These 9 songs are the only ones among my likes to make it live.

WHAT SAPNU DZIEZMA DIDN’T GOT THROUGH WHAT. what kind of blasphemy is this?

ok i think the supernova jurors and i are gonna have a problem
now they’re entering ye olde eurodziesma territory letting these flop, joke songs in.
IKA (Elizabete Balcus) was ROBBED. (she replied to a tweet of mine saying that IKA didn’t qualify.)
Sapnu Dziesma was robbed. I can only thank whatever’s in the sky that Esamiba made it.

Divi Cilv?ki, Baltic, Staccato, Funny Girl, Say My Name, Pil?tes all didn’t make it??!! WTF… how is it possible that these didn’t make it?! Looks like no grand final for Latvia for yet another year thanks to that bloody messed up “professional jury”.

So from the 24 songs I gave thumbs up to… 12 advanced?
I’m a bit sad Sapnu Dziesma, Divi cilveki, IKA and Ocean of Pain aren’t there, but since You Are My World and Younger Days it’s not that bad. And to be honest – after I heard Running Red Light acoustic, I changed my opinion of it – and started to like it, so who knows what will end up as my favourite in the final.
Also – aren’t there 31 songs?

There are 31 songs. They’re just saying 30 acts because Sudden Lights have two songs.

No Baltic?! No Staccato?! No Divi Cilveki?! And the stupid Stop the War and Oh Longriver made it?!

Agree like wtf. I also miss IKA. It’s just absurd. Too much mainstream music and novelty acts made through, instead of alternative and artistic music.

I’m really scared that Stop The War U2 will win…

Stop the world U2 will win.
I see it coming.

The second paragraph of this LTV news release says that there has already been a round of judging before today’s live auditions. These 30 acts are the ones that passed the earlier audition and were “most appreciated” by the earlier jury: https://supernova.lsm.lv/lv/aktualitate/138/aicinam-uz-ltv-autoru-un-izpildiitaju-konkursa-supernova-pirmo-atlases-kartu–daliibnieki-tiksies-ar-zhuriju-klatiene/

No. Not every song advanced to the live audition. This is it. One of the listed above will be the Latvian song.

Then I am sorry, I guess I understood wrong.
But wow, Latvia… eliminating “Divi cilveki”, “Funny Girl”, “Sapnu dziesma” and other good songs but letting cheap songs and troll acts in… I am speechless.

“STOP THE WAR U2”,Weekend Warriors and weak songs like that are in the final, but no IKA, Funny girl, Sapnu dziesma, baltic,divi cilveki,stacatto… man, people who are responsible for that are clueless.

How did Funny Girl not make it through?

How is it even possible that Funny Girl didn’t make it through?

From my favorites, the only song I thought wouldn’t make the cut was Weekend Warriors and, actually, it’s (with You Are My World) one of the 2 songs I loved that made it
I don’t understand how Divi Cilveki wasn’t there but Oh Longriver was…

Um where is baltic and bright side???? Latvia get out

HOW THE F*CK DID STACCATO MAKE IT

Will they announce the names of the artists for the other 33 songs? I really liked Divi Cilveki and Funny Girl

What the hell is this??! There’s like no good song at all except for esamiba. Where’s funny girl, ika, divi cilveki, baltic etc. They’re not qualifying with that generic bullshit….sigh

will there be another live audition or are these the only ones who can make it to the live shows now?

So these are the only 30 acts eligible for Supernova now? Or will there be another audition with the other 33?