Earlier this month, fans were disappointed to learn that FYR Macedonia would not be part of the line-up for Eurovision 2018, due to financial issues. But today the EBU has confirmed that 43 countries will be competing in Lisbon — FYR Macedonia is back, baby!

No reason has been given for FYR Macedonia’s return. However, it can be assumed that broadcaster MRT and the EBU have come to a satisfactory agreement regarding the broadcaster’s debt issue with the EBU.

Earlier this year, broadcaster MRT was reported as having debt issues that would affect its EBU membership. Citing an anonymous source within MRT’s Program Council, FYR Macedonia’s Metanews agency reported that the debt amounted to at least 500,000 euros.

Late last month the EBU issued a statement on the situation with FYR Macedonia:

As a result of non-payment of debt, [FYR Macedonia]’s public service broadcaster Macedonian Radio Television (MRT) currently does not have access to the EBU’s Member services, including the Eurovision News and Sports News Exchanges, the right to broadcast specific sporting events, legal, technical and research expertise and lobbying services. MRT will also not participate in the 2018 Eurovision Song Contest as things stand but will continue to take part in the Junior Eurovision Song Contest in November.

The implication was that while MRT was dealing with a debt issue, it would be possible to restore their member services if the issue was resolved. While participation in Eurovision is a significant part of EBU membership, it is not the only service offered. For many broadcasters, access to broadcast rights for major sporting events is the biggest perk of membership.

Eurovision 2018 host broadcaster RTP originally confirmed there would be 43 acts competing in Lisbon. However, when the official list of participating countries was revealed earlier this month, the list was down to 42 and FYR Macedonia was out.

The return of FYR Macedonia brings the total number of competing countries at Eurovision 2018 up to 43. This is the highest number of countries competing in Eurovision, matched only by 2008 and 2011. Back in those years, numbers were boosted by the regular participation of Bosnia and Herzegovina and Turkey, while in Andorra participated in 2008 and Slovakia in 2011.

Eurovision 2016 and 2017 initially had 43 participants, however, the respective suspension of Romania and the withdrawal of Russia brought the tally back to 42.

FYR Macedonia may be hoping that their return will give better results than the country has experienced in recent years. In the past decade, FYR Macedonia has qualified for the grand final only once, when Kaliopi placed 13th in the grand final with the rock ballad “Crno i belo”.

What do you think? Are you happy to see FYR Macedonia return? Share your thoughts below! 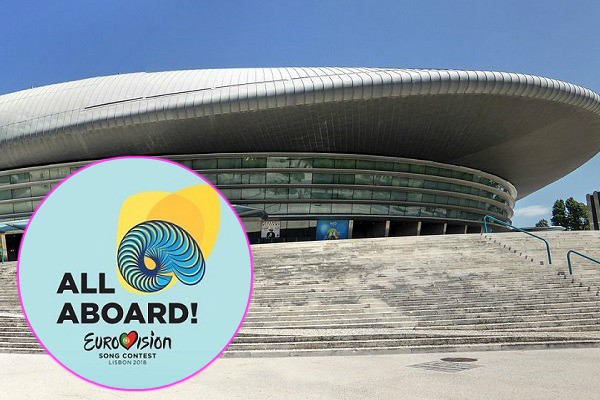 This is great! If they were gonna choose an artist, it should be Bobi Andonov. He released a new song ‘Apartment’ which is absolutely fantastic and can guarantee their space in the final. Can’t wait to see what they have to offer whatever their choice is!

Great they are in after all! Is Leb i sol, their legendary rockband still playing? If so – a good candidate

That’s amazing! So happy for them!
Welcome back to the party FYROM!

I imagine that this reveals the ‘official list of participating countries’ isn’t necessarily official after all.

I dont understand why Slovakia is insisting on missing ESC :/

Great news! Bosnia or Slovakia, please join the party- lets make this an even number with 19 countries in each semi.

The country that will win in 2018, will have the record of 44 in one way or another.

it could be 44 next year. liechtenstein is wanting to debut.

meh. I wish turkey would come back instead.

Turkey had sent crappy songs too.

Lol, nobody is perfect.
Even Sweden can send crappy songs.

Turkey either had folk songs or rock bands–they were such one-trick ponies! Macedonia has sent pretty much everything, and they’re always a surprise (sometimes good, sometimes bad).

Nothing wrong with rock music though. Rather the opposite. In the later years they mostly had rock, ethno or dance music. But they also had different music styles from the start in 1975.

I hope they will return

Turkey too of course

I guess they’ll have to close the division in the seashell now.

Yeeesss!! So happy for them!
But I really really wanted at least once 44 participating countries.

Isn’t there a single chance that EBU/RTP will invite Kazachstan, so that they could debut?!
Or couldn’t Slovakia or Bosnia just return for once?

Remember that Australia’s debut was announced on February. 😉

Slovakia’s not interested and Bosnia’s broadcaster has debt-related issues that make it difficult to compete. OTOH, it’d be great to see Kazakhstan invited…I know the are eager to participate! 🙂

Probably their least good song. her 2012 entry was good though.

Responsible for some of the best studio songs every year. Glad they are back. Now let’s work on Bosnia!

Well done UER douze points :3 I’m happy for them! No one should be left out. Now prepare yourself to slay and to be in the final. Fingers crossed for you. Now I hope we will have Bosnia Herzegovina too next year. If it’s possible.

Good news! Is there still hope for others like Turkey or Andorra?… Would love to see those in and make the round number of 45…

Next year is closed with 43.
Liechtenstein said they will debut in 2019. Slovakia has changed the big boss, so maybe they will be there too.

Let’s get Macedonia back in the grand final! 😀

The curse is broken, yaaay!

Happy to have them back

I’m really happy for them! I was in Macedonia for the first time this September. It’s a beautiful country with funny people. Cheers from Israel!

I know right? I visited in April and it was a surprise. Apart from the reckless driving in Skopje which put my life at risk on several occasions, it’s such an underrated country. The Western part is especially breathtaking, the road from Skopje to Ohrid is a lifetime experience.

Is Bosnia & Herzegovina also in? Because they’re pinned on the participation map. Probably a mistake by EBU but still…

Nope… Montenegro is the one underneath Bosnia!

can i have the link so i can investigate?

YAAAY! I’m so happy for them, welcome back Macedonia! 😀

Yas! Macedonia is the most wronged country ever at the contest, I hope this will be their year.