In Kyiv Omar Naber declared he was “On My Way” put placed second to last in his semi. But Slovenia‘s broadcaster RTVSLO is well on their way to selecting the artist who will represent the nation in Lisbon. The broadcaster revealed today that 108 entries have been received for national final EMA 2018.

The broadcaster confirmed the number of entries with a Facebook post declaring they had received “108 applications for the selection of the Slovenian Eurovision representative 2018!”

Further details of the national final — such as the selected act and the format and date/s of the contest — will be revealed later.

The show has changed format over the years. Most recently it involved two semi-finals and a grand final, with the winner chosen by regional juries and televotes.

But despite the history of EMA, it doesn’t always deliver the goods. In 2016, ManuElla placed 14th in her semi-final at Eurovision with “Blue and Red”. While earlier this year, returning star Omar Naber placed second to last in his semi-final with “On My Way”.

Maraaya almost had another shot at Eurovision glory this year. At EMA 2017 their song for BQL, “Heart of Gold”, placed second in the national final. It was the overwhelming televote favourite, but the regional juries were much less impressed. Juries gave top marks to Omar Naber’s “On My Way” and ensured he’d have the ticket to Kyiv.

But with the juries’ instincts proving so flawed for 2017, RTVSLO may wish to take a fresh approach for 2018.

What do you think? Who would you like to see competing in EMA 2018? Who should represent Slovenia in Lisbon? 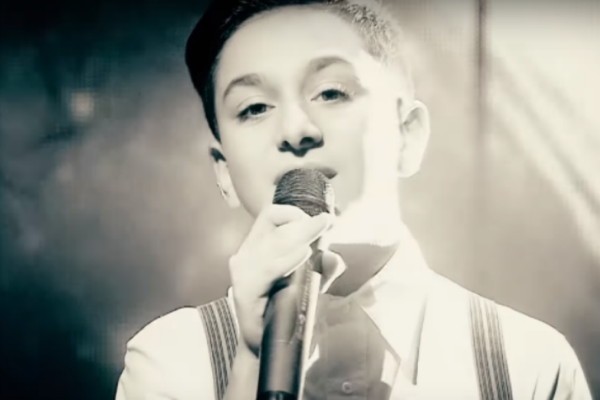 All aboard! EBU confirms the return of FYR Macedonia to Eurovision 2018

“Heart Of Gold” could have done nicely for Slovenia this year I think. But I think the winning song was good – because of the touching lyrics about suicide.

I hope for some bands who have been in EMA before. Nude, Sellout, Panda etc. Or some other good bands / singers with an original music style.

Actually my favorite was not BQL, but Flower in the snow. There was something so special about that song, I cannot define with words.

I love Marayaa so much! They’re talented, they had a great song in 2015 and they collaborated in BQL’s 2017 song! That song should have gone to Ukraine!
Bring them back or please write more songs. You are amazing!

They had lots of good songs in their NF last year but sent the worst, most dated song possible. Don’t mess it up again Slovenia.

Slovenia had decent songs in their NFs the past years but just failed to pick a good one. Let’s see what system they’re choosing for 2018.

# sLOVEnia always sending something interesting! one of the most underrated countries at the contest. Can’t wait to hear the selection this year (hopefully the televote get to pick the right song) hope Raiven, Nika, BQL and maraaya compositions make a return 🙂

FYR. MACEDONIA ARE IN

Really? Will they be in Lisbon?

Great to hear, last year was such a miss, so many treasures went down the drain as Omar won…

let’s hope for much better than this year’s load of rubbish ,
What were they thinking if sending him again the song was total mess and had no chance of even qualifying in which was the case ,

It only takes one good song, and this year they had two, so…

I don’t understand why entries have to submitted in a Slovenian language version first?

Also, I hope they get rid of the regional juries and replace them with an international jury. The televote already reflects the Slovenian taste, so why have regional juries?

Last year they had a great NF. So many different music styes. Sadly not a great winner. My favoruite was the indierock / ska song. Ni panike på Sellout. Would stand out in Kiev for sure. Let’s hope for more great stuff next year. And semis again 🙂