At Eurovision 2017 she performed the highly artistic, ethno-ballad “Fly With Me”— and in the English language.

But now Artsvik — who rose to fame for her emotional covers of ballads by Whitney Houston — has returned to the studio and recorded her first ever Armenian-language song “Mna Du” (Here You Come).

In a sharp contrast to Artsvik’s Eurovision song, this power ballad comes infused with heavy soul influences — but her beautiful voice shines through just the same.

“Mna Du”, which can be streamed or downloaded on iTunes, is a love song which, in keeping with the black and white cover of the single, speaks of separation and longing.

When we caught up with Artsvik before the “SunStroke Project and Friends” concert in Chisinau, she even sang a few lines for us and explained the meaning of the song.

“It’s a love song,” she said before speaking from the perspective of the song’s lovelorn protagonist: “Here we come — where are you? I love you!”

Marking a departure from the eclectic musical style of “Fly With Me”, “Mna Du” is a more classical pop ballad, almost like a tribute to Artsvik’s biggest musical influence and inspiration Miss Houston. The single is punctuated with the sounds of the duduk, the traditional Armenian woodwind instrument, which, like the language, gives it uniqueness and a local feel. The piano and the electric guitar infuse “Mna Du” with a vintage, early 90s power ballad vibe. But the best instrument on the track is unmistakably Artvik’s flexible and flawless voice, which soars and flourishes with the flow of the song, just like it did on “Fly With Me”.

“Mna Du” is not the last surprise Artsvik has in store for us before the year is over. The Armenian diva is also getting ready to release her first album, “It’s Time”. She posted snippets of the songs on Instagram and, although the album will not include “Mna Du” — but only English language tracks — it sounds very promising indeed.

What do you think about Artsvik’s new single “Mna Du”? And are you excited for her new album? Let us know in the comments box below! 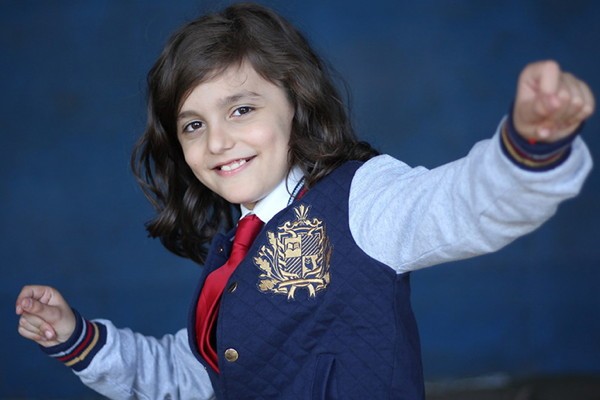 Yas, she uploaded it to Spotify, I’ll listen later. I’m glad artists from markets like Armenia are releasing full-length albums instead of quick lil singles every few months now.