Tonight in Tbilsi the 16 acts vying to win the Junior Eurovision Song Contest 2017 walked down the red carpet (and up a very steep set of stairs) to begin their journey to win this year’s contest. On the eve of first rehearsals we thought it was a good time to check in on our ongoing poll to see who our readers have on top before hearing all of the acts perform live.

In just eight days we have received a total of 31,376 votes — so many that our server crashed repeatedly. And one reason for that is the very clear love for Belarus’ Helena Meraai, who currently sits atop the poll with 9,134 votes — or around 29% of all those cast. The “I Am The One” singer seems to have convinced our readers that she is the one as they have heaped endless praise on her contemporary electro ballad.

The teen queen currently sits in first place with the Wiwi Jury, our in-house panel of music unprofessionals, who gave the song an average score of 9.03 — one of the highest ever-recorded on our site.

As Robyn wrote: “’I am the One’ is a surprisingly sophisticated piece of cool modern pop. This could easily be an entry in ESC, but Helena adds her own teen style. She brings a kind of Belarusian Ariana Grande style, with a touch of Eastern mystery mixed with R&B pop vocals.”

In our poll, Helena currently sits ahead of Georgia’s Grigol, who has earned nearly 25% of all votes, and Armenia’s Misha, who sits in third with 19%.

Note: This poll is not over yet. You can keep voting between now and November 25 at 17:00 CET.  You can see the current standings down below. I don’t really get the hype behind Georgia, but many people apparently have a different opinion.

But all songs are nice. Even Youtuber is growing on me.

I wouldn’t mind if either one.

Obviously Armenia and Poland are overrated, both ballads are pretty lame and forgettable.

Don’t you dare say that about Armenia and Poland! Their entries are NOT forgettable, and they’re actually uplifting. Armenia has never been on the right side of the scoreboard and that trend is likely to continue. Plus, Armenia never withdrew from further JESC editions after their 2007 debut, and they’re likely compete at JESC every year! On the other hand, Poland has never reached the Top 10 before, so now’s their chance. (I’m also hoping for Alicja Rega to film a new official music video for “Moj Dom” after she travels back to Poland)

no one cares about if someone’s done historically well or giving people a chance- if a song’s bad it’s bad and you can’t justify it. People are entitled to an opinion and you can’t change it. And btw none of these artists you keep commenting about anywhere are going to film a new music video 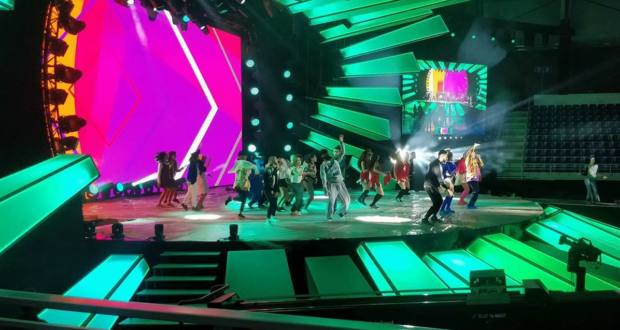 THE STAGE IS READY OMG