Originally a Spanish production, Your Face Sounds Familiar is a television contest in which celebrity contestants impersonate singers and their famous performances. The winner is picked by a panel of three permanent judges and one guest judge. All the proceeds are given to charity.

The contestants and the members of the jury, hail mostly from Serbia, but also from other countries of former Yugoslavia. This series features a couple of former Eurovision stars, Tijana Dapcevic (Serbia 2014) and Bebi Dol herself (Yugoslavia 1991).

Therefore the episode focused more on the Eurovision performances of artists who represented Yugoslavia and its succeeding nations. Still, some iconic performances from other countries simply could not be left out.

So, what was the ranking of the ten contestants in TLZPvision?

10. Nenad Pagonis as Conchita Wurst — “Rise Like a Phoenix”

Multiple world champion kickboxer Nenad Pagonis impersonated Conchita Wurst, who won the contest in 2014. The strongman proved himself to be more than a decent singer in the previous episodes. However, Conchita’s high notes turned out to be too much for Pagonis and he finished in last place.

FYR Macedonia-born Belgrade-based singer Tijana Dapcevic impersonated Cezar, who flew the flag for Romania in 2013. Although the pop star did everything in her power to mirror the countertenor’s kaleidoscopic performance, she experienced the same destiny as Cezar in Malmö and placed lower than expected.

Actress Dragana Micalovic imitated Ruslana, the winner of Eurovision 2004. The 26-year-old Dragana has managed to win twice so far in this season. However, this time she somewhat failed to capture the energy of the Ukrainian superstar and finished eighth.

Singer and actor Stevan Andjelkovic competed with the first of the two Eurovision entries by Zeljko Joksimovic, 2004’s “Lane moje“. Stevan tried to do his best to impersonate Serbia’s leading Eurovision man, but the final result was medium – which is understandable given that those two have completely different voices and sing in different tones.

Acting legend Branislav Lecic did an impression of Lordi, the winners of the 2006 contest. Popular Leka did more than a decent job considering that he is not a singer, that he does not speak English and that he had to perform in that costume.

Singer Mira Skoric imitated Marko Kon, who represented Serbia in 2009 and at the time was the only Serbian entrant not to reach the final. The folk diva has received much praise for her slightly parodic approach to her impersonations, which she also delivered this time. The cherry on the cake was the appearance of Kon himself for the final chorus – which Skoric had not known it would happen!

In one of the previous episodes, Skoric impersonated the 2007 winner Marija Serifovic, though she did not perform Serifovic’s Eurovision entry “Molitva”.

Singer Edita Aradinovic did an impersonation of the 2007 winning performance of Marija Serifovic. A terrific vocalist herself, Aradinovic still felt a lot of pressure to do Serifovic justice. She struggled through the beginning of the song, but then managed to pick herself up and do a great job in the end.

Singer Bebi Dol impersonated Tajci, who represented Yugoslavia in 1990. One of Yugoslavia’s biggest pop stars of the ’80s, Bebi Dol succeeded in capturing the sweetness of “Croatia’s Marylin Monroe” and eventually placed the third.

Bebi Dol herself represented Yugoslavia in 1991 with the song “Brazil“. It placed second-to-last but had remained a fan favourite.

Actor and comedian Bane Vidakovic imitated Giorgos Alkaios, who represented Greece in 2010. Vidakovic, who is not a professional singer, made an effort to master the lyrics in Greek and the choreography, and therefore was awarded a huge amount of points.

And the winner is…

Singer and dancer Leon took the trophy with his impersonation of Laka, who represented Bosnia and Herzegovina in 2008. One of the biggest surprises of this show, Leon perfectly captured Laka’s vocals and characteristic onstage behaviour, and rightfully earned his first victory.

In previous seasons of TLZP

Several Eurovision performances had already been staged in the previous seasons of TLZP, although not all in one single episode. Those were:

What do you think of the performances? Do you agree with the final scores of TLZPvision? Tell us in the comments section below! 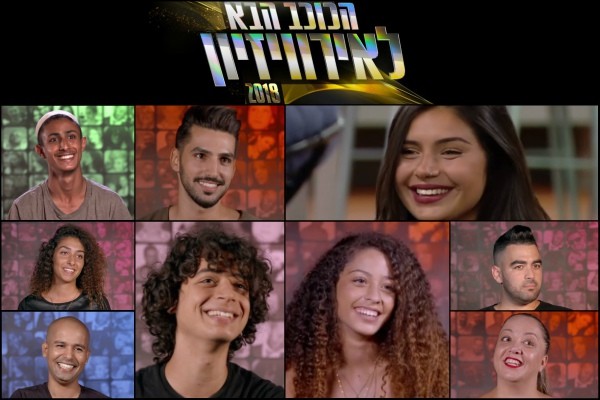 In the greek version, there is always a Eurovision themed episode, which airs usually a week before the actual contest.
Bane was actually really good in greek!