He’s the Polish X-Factor runner-up who placed third in the televote at Eurovision 2016. Now rumours are hotting up that Michal Szpak is aiming for a Eurovision comeback in Lisbon. And conveniently enough, he’s just released a single that’s three minutes long.

Szpak made his Eurovision debut in 2016, with the power ballad “Color of Your Life”. The song featured an anthemic chorus and was a huge hit with viewers. It was the third most popular song in the 2016 televote, but the jury wasn’t so kind.

Europe’s panels of music experts were much less impressed. Their combined scores put the song second to last in the jury vote. This gave Poland the overall result of eight place — Poland’s third-best Eurovision result.

And now it seems Szpak may be planning a comeback.

Today he has released his new single “Don’t Poison Your Heart”. Fans have already noticed that as well as being 2:59 in duration, the song has a very Eurovision friendly sound.

The song is an upbeat rock song with electronic undertones. The song has a 1980s indie rock flavour, with a hint of the influential band the Pixies coming through in the chorus. But at the same time, it’s not stuck in the past. Szpak’s vocal warmth gives the song a contemporary flavour

The lyrics share a message of staying true to yourself and to not give into negative influences. At a time when the world sometimes feels chaotic and uncertain “Don’t Poison Your Heart” shares a message of personal strength.

It has all the ingredients for a good Eurovision performance, but first Michal has to win the ticket to Lisbon. Polish broadcaster TVP reportedly has plans to hold national final Krajowe Eliminacje, with the grand final expected to take place sometime in February.

Michael Szpak would first need to get selected for the national final, then win it. But considering that the popular X-Factor runner-up managed to beat both it-girl Margaret and Polish Eurovision legend Edyta Górniak in 2016, it certainly wouldn’t be a surprise if he won again.

Szpak is currently a coach on The Voice of Poland. Has has debuted a new look on the show, with his signature long curly hair now looking sleek and straight. Szpak will perform “Don’t Poison Your Heart” on The Voice‘s grand final, this coming Saturday 25 November.

I still really wonder why
We all do bad things and then I fight
The sky is crying, you turn your face
Brothers and sisters, we can change this place

Oh my angels, tell me why
Someone is trying to steal our lives
What is truth? What is fake?
I hear it again and again

Some people say that everything is just for sale
Tell them but we don’t let them into your head
What is truth, what is fake?
Brothers and sisters, we can change this way

What do you think? Should Poland send Michal Szpak to Eurovision again? Will juries love “Don’t Poison Your Heart”? Share your thoughts below! 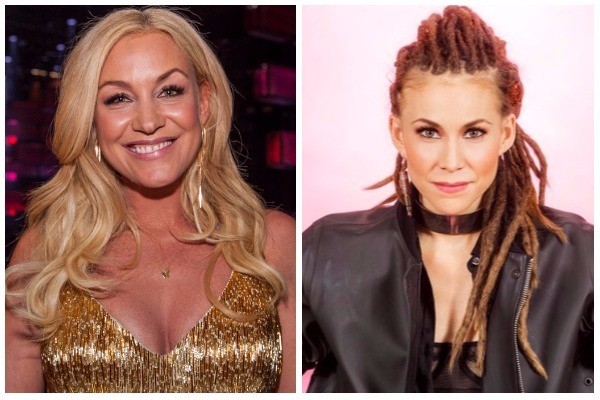 Sweden: Jessica Andersson and Mariette among rumoured acts for Melodifestivalen 2018 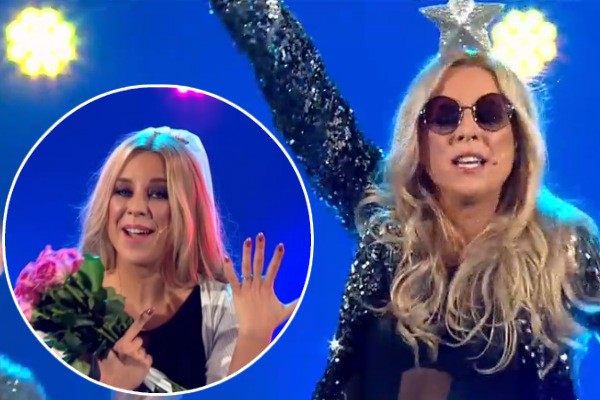 I hope Micha? Szpak will be in ESC 2018 ? I have already bought tickets to Eurovision in Concert in Amsterdam. Love from Belgium ??

Michal hard works now, becouse he has a lot of concerts and he is recording a new album. He says, that he doesn’t think about Lisbona.

Michal is going to perform this song tomorrow at the final of The Voice of Poland. Here’s the snippet from the rehearsal, I believe. 😀
https://www.youtube.com/watch?v=m3RP-vy9LYw

How could it be a snippet? It’s live. This is from the semi-final (18th of November) and it wasn’t in TV, it was only for people who were in the studio.

Despite of being one of the Szpak’s fans thanks to Eurovision last year, and likes his newest single… I wouldn’t like to see him competing at the contest again (at least for a while). First of all, Micha? has plenty of new projects, Maybe a new album coming (nobody’s considering this single could be the announcement for a new album)… And he needs to work hard to increase his carrer. Second, there are many Polish artists who want to take part of the contest, after the good result in 2016. What a pity TVP doesn’t give the attention for winning.

both of his songs are horrible…so simple, so stupid

Fantastic!!!! I absolutely love love love this song and Michal <3

This is slightly better than his horrible entry in 2016.

At first I was really skeptical because I absolutely hated his 2016 song. However, when I heard Don’t Poison my Heart, I kinda liked it because it wasn’t an absolutely dreadful dirge like Color of Your Life. The song is pretty repetitive with the “don’t poison” phrase.

I was a big fan of him and his entry, so id love to see him back but i unfortunately don’t think that he’s going to get any further in the contest 🙁

Considering how much I hate his 2016 Eurovision song I expected I’ll hate this as well. But I don’t. I kinda like it in fact. Weird.

I like Michal per se, but give us some new talents, please 🙂

So better a 30’s style ballad like the 2017 winner.
People who live in glass houses shouldn’t throw stones.

Yes, as a matter of fact…. He’s not exactly a beacon of modernity either

Michal is amaaaazig! And him song too! I love him?

Eurovision 2018 ? A beautiful song for politically correct team of deaf people, biased against Poland ? It would be a waste of time for this wonderful vocalist . Poland has no chance to win . The deaf Jury will not allow such a scandal as Polish victory because most European countries are angry at Poland ( you know why) .

There’s nothing political about the contest, if Poland wants to do well, first of all they need to stop sending chessy ballads with overused lyrics. Poland sent the same type of songs 3 years in a row already, don’t you get it that people are just bored of it? ._.

What people? The 222 points from televote? Are they bored?

Poland would do well if not deaf jury . Micha? sing for audience , for people, for his fans ( and there are thousands of them ) and was 3rd in televoting. People love him and are not bored of him.

Why would it be scandalous, exactly? Poland is not Russia or the UK post Brexit. They chose a controlling government in 2015, okay, but there’s other Eurovision countries with much more serious flaws.

I feel like you’re just trying to justify Michal’s low jury ratings, when in reality the song was just underwhelming.

But we don’t want immigrants who were invited by Merkel and other Germans . They aren’t our guests and we don’t want take part in multi-culti party. And by the way , Micha? has fans not only in Poland he has fans in most countries in Europe and beyond. He has about 25-30 fan clubs abroad . I don’t know how many because there have appeared new ones all the time. Micha?’s fans travel thousands of kilometers to be on his concerts. They come from such places like Canada, Belgium, Portugal, Australia, Russia, Belarus, Ukraine and many others.

No other European country wants to welcome Syrian immigrants either.
And Poland has already given a home to thousands of Ukrainian immigrants after the Russia conflict.
Please stop looking for excuses and spreading false assumptions.

STOP saying about politics….. DONT POISON YOUR HEART with stupid political ideas – when we are talking about music…… I want her only what he singing and music I dont care about politics……

Michal’s natural hair is curly. Some people have hair that is only wavy or simply straight when it’s short, but regularly curly when it’s longer. I myself am one of them 🙂

It kills me how every time there’s a Michal Szpak article, a bunch of random never-before-seen people (probably the same person) come up with praise in the comments lmao

This is a fantastic song with wonderful melody, message and vocals of mega talented Michal Szpak; completely new style, modern, mysterious and rocky, there’s everything needed to become a big international hit! Congratulations to Michal and the whole production team. It would be great when he would take part again at ESC – this time it could convince also the juries!

Micha? Szpak is one of the greatest artist in Europe! He is a unique vocalist because of his personality, his vocal & charisma. His new single is world-class! We want him at 2018 ESC !!! Hungary loves him very much!!!!

We want Michal Szpak at Eurovision 2018 !! His new song is fantastic and he is the best Polish singer !! From Italy we love him so much !!!

Micha? Szpak is amazing, I love him.

Hes natural hair is straight, right? I hope he keeps it that way and that he shaves the beard. Too much Conchita look alike, and is not good to be anybody’s look alike. Straight hair, no beard, and a song for his good voice. Go Michal.

Benito Bonito, no no, his natural hair is curly. Very curly. To have straight hair, he must straighten it, and it is known that it’s very destructive for hair. But I prefer straight hair too.

Fine, I believe you, if you are sure.
As a joke, maybe his natural hair is this one:
http://muzyka.dziennik.pl/news/zdjecia/galeria/519422,4,michal-szpak-kolorowy-ptak-zobaczcie-jak-sie-zmienial-reprezentant-polski-na-eurowizje-2016-zdjecia.html

Hahaha xD Yes, Micha? loves to shock. I’m from Poland and I often meet Micha?. I know he likes straight hair, but he can’t straighten it too often.

I hope he takes care of his hair, but if he returns to ESC he must make one last effort to have it straight. Or to wear a wig like Eva Rivas from Armenia 2010-Apricot Stone.

When Michal was at Tel Aviv preparty, in 2016, a journalist (guess it was from wiwibloggs) said that Michal had straight hair when he arrived. I do believe his hair is straight and because in Poland he was criticized for being too androgynous, he decided to have a different image, more accepted by traditionalists, so he had a beard and he changed his hair. IMO his natural look, effortless, is this one:
https://www.youtube.com/watch?v=ytYoKZdSQGo

When he had short hair, it was not so curly. But the longer it was, the more it was curly :). Curled is his natural hair.

The lyrics in the verse are a bit love love peace peace basic but I LOOOOOOOVE Michal and it sounds like a good song so I’d love for him to go back!!!