It’s the Caucasus nation that has won the Junior Eurovision Song Contest three times — more than any other country. And over the weekend the Republic of Georgia finally hosted the contest in Tbilisi. The stunning capital is an increasingly popular tourist destination — and it’s also a gateway to other wonders, including the awe-inspiring scenery in Kazbegi, the religious gems of Jvari, and the buzz-worthy wine culture of Chateau Mukhrani.

So when Georgia’s National Tourism Board invited us to fly over earlier this fall, we couldn’t say no. Below you can see some of our favourite memories from our trip, mixed with some of our recent coverage from the contest. Junior Eurovision may be over, but Georgia’s tourism industry is here to stay. Let’s do this!

We start our tour in gorgeous Tbilisi, which is a hodgepodge of modern and traditional. Rather than tearing down old buildings from the Soviet era, Tbilisi has given them new life. A great example is the Cubist Bank of Georgia — a strange series of rectangles that jut out in every direction. It was once home to the Ministry of Highway Construction when Georgia was part of the USSR. And then there are totally new buildings like the Presidential Administration, which resembles the White House in Washington, D.C. crowned with the Dome from the Reichstag in Berlin.

Among our favourite structures is the Bridge of Peace, which you can see below. Crossing over the Kura River, it’s a steel and glass walkway that resembles and undulating wave.

We are thrilled that talented Dutch photographer Marc Mingels will be snapping pics for us from Tbilisi, Georgia during Junior #Eurovision ?? This photo has us so excited for the contest! #JESC #JESC2017 #junioreurovision #marcmingels #shinebright

Tbilisi can be enjoyed at a number of elevations — from street level to high in the sky. And one of the must-dos is, no doubt, the famed cable car that climbs from Rike Park over the Old Town and to Narikala Fortress.

It’s perhaps the best way to enjoy the city’s many landscapes and buildings. You’ll pass over the Mtkvari River, ancient religious buildings and winding cobbled streets. It’s a feast for the eyes and your eyes will want to eat.

And as you can see below, it also made our Deban dance, dance, baby.

Tbilisi may be developing fast, but it’s keen to preserve its history. In 2004 officials established the Georgian National Museum, which brings together the Museum of Georgia, the Museum of Soviet Occupation, the Museum of Fine Arts, the Open Air Museum of Ethnography and the Tbilisi History Museum.

The vast complex near the city centre features intricate jewellery wrought in gold, silver, bronze and other precious metals that you won’t find at your local Pandora. We’re talking centuries old jewels.

During our wander we also encountered the Homo Ergaster fossils found at Dmanisi — some of the oldest human remains discovered outside Africa —  and video images depicting life during the Soviet, and later Russian, occupation.

It’s a great place to get a deeper sense of Georgian history and culture and we’re glad we did it.

#jesc17 host city #Tbilisi is also the home to the #republicofgeorgia’s #nationalmuseum. Browse their extensive collection of human remains, costume and weaponry. A must do in the city. #instatravel #instatraveling #junioreurovision #eurovisionsongcontest

We know all of you love your Eurovision stars from Georgia.

From Sofia Nizharadze to Anri Jokhadze, Georgia’s stars are always active on the music scene.

And it just so happened that while we were visiting in October, we had the pleasure of watching Tamara Gachechiladze perform an exclusive set at in an intimate venue. She still sizzles!

Tbilisi is a great jumping off point for the rest of the county — including the nearby city of Mtskheta, Georgia’s former capital and its oldest city.

Located about 20 miles north of Tbilisi at the confluence of the Aragvi and Mtkvari rivers, it’s where Georgia first adopted Christianity in 334 and remains one of the headquarters of the Georgian Orthodox Church.

Religious or not, you’ll want to check out the ancient buildings — the so-called “Historical Monuments of Mtskheta” — which became a UNESCO World Heritage Site in 1994.

Writing on their official web site, UNESCO praises the region for its “outstanding examples of medieval religious architecture in the Caucasus. They show the high artistic and cultural level attained by this ancient kingdom.”

As #junioreurovision draws closer, we take a look at #hostcountry, #georgia ?? Today, we visited its oldest city #mtskheta- a #unescoworldheritagesite and the centre of the #georgianorthodoxchurch. #instatravel #instatravelling #jesc2017 #jesc

The Jvari Monastery, another UNESCO World Heritage Site, attracts pilgrims from all over The Caucasus.

In the late Middle Ages, it was fortified by a stone wall and gate, remnants of which still survive.

During the Soviet period, the church was preserved as a national monument. And after Georgia achieved independence the building returned to religious use.

Earlier today, we stopped by the #jvarimonastery – a #unescoculturalheritage site in the #republicofgeorgia. If you’re heading out here for #junioreurovision, be sure to stop by. #jesc #jesc2017 #eurovision #eurovisionsongcontest

Today it’s a must-see for locals and visitors alike, as it affords stunning views over the winding river and imposing mountains.

Regardless of your beliefs, the landscape is so beautiful you may find yourself having a religious experience.

Grab your cameras and take those selfies — but be sure to dress appropriately.

Georgia was once a kingdom, and this kingdom had many castles. The Princes of Mukhrani (Mukhranbatoni) stem from one of the oldest royal dynasties in the World — the Bagrationi.

In 1512, King David of Kartli donated the Mukhrani Estate to his brother Prince Bagrat. This dynasty now boasts a long line of descendants who have made their mark in the political, economic and cultural landscape of today’s Georgia.

And yes: The family liked to drink fine wine!

#tbt to our tour of the #republicofgeorgia. We visited #chateaumukhrani – Home of #Georgia’s best food and #wine. A 30 minute drive from #tbilisi, this historical building houses some of Georgia’s finest wines, and a wide selection of fresh food and cheese. #instatravel #instatraveling

Chateau Mukhrani is majestic and its gardens are beautiful. It is a lovely venue to stroll around and, most importantly, to sample Georgia’s much-ballyhooed wine culture. From rich reds to perfect pinks, they’ve got you covered.

As well as housing a fully functional vineyard, Chateau Mukhrani boasts a fabulous restaurant serving authentic Georgian food. Some of the country’s best cheese can be tasted here….and taste we did.

#georgia has some of the finest #vineyards in the caucuses region. We are in @chateau.mukhrani now for a #winetour, and some delicious Georgian food. #chateaumukhrani #winery

Khachapuri Adjaruli is, perhaps, our favourite dish in Georgian cuisine. It consists of delicious bread stuffed with Georgian cheese, which is baked in an oven. Then it’s pulled out and smothered in butter and adorned with a cracked raw egg. You can check out another version of this dish below — it’s a bread that totally encases the cheese. Like a Georgian calzone!

Those of you who are lactose intolerant may want to opt for khinkali — a Georgian soup dumpling. Bite into it, let the juices swirl in your mouth, and then chew on that meat filling.

Enshrined in myths and traditional legends, the Kazbegi mountains climb over 5,000 meters above sea level and offer some of the most spectacular natural landscapes in the country.

Littered with hot springs, lava and covered with 135 square kilometres of glacier, Kazbegi is a great place for ice climbing and mountaineering. The steep valleys on either side of the gorge are great places for bird watching. The flourishing bird life includes eagles, hawks and the massive griffon vulture, and all of them nest among the rocky outcrops of the mountains.

Our readers heading to the #republicofgeorgia for #junioreurovision must visit the #kazbegimountain. A few weeks ago, we headed to the summit, and what an amazing experience it was. #ilovegeorgia #tourismgeorgia #kazbegi #instatravel #instatraveling #georgia #kazbegi

The nearby Gergeti Trinity Church — built in the 14th century — is one of the most popular destinations for trekkers in the area, and can be reached after a three-hour climb of the mountain where it sits.

Back in 2012, wiwibloggers William and Venu took the shortcut: A 30-minute jeep trip!

#tbt: Me and @wiwibloggs comrade Venu balancing on a ledge in the Caucasus Mountains in #Georgia ??, near the border with #Chechnya and #Dagestan (before heading to #eurovision in #Baku #Azerbaijan ??) #instatravel #travel #caucasusmountains #caucasus #esc #eurovision2012 #esc2012 #eurovisionsongcontest #balance #hapa #hapas #halfasian #halfasians

The town of Stepantsminda itself is charming and a wonderful base camp for exploring the region further.

We stayed at Hotel Sno, a lovely 4-star hotel with stunning mountain views and a beautiful garden terrace. Light floods the building’s central atrium, helping you feel closer to the nature that surrounds.

Have you been to Georgia? What are your favourite memories? Let us know in the comments box below! 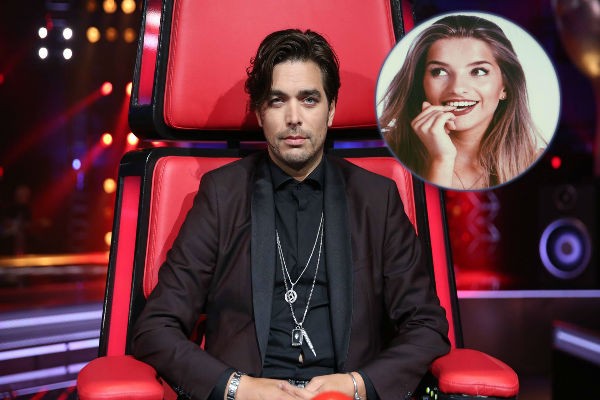 The Netherlands: Julia van Bergen joins Waylon’s team on The Voice of Holland

It was so tempting to travel to Tbilisi for the Junior Eurovision Song Contest 2017, but I’ll probably have to wait until I can afford such a trip. Tbilisi will probably host again some time soon enough.

I really want to visit Georgia! The Racha region in particular would be a must visit for me <3

I went to Georgia for two weeks in September and loved every minute of the trip. I would highly recommend going to Svaneti region and to a lovely town of Sighnaghi.
I’m definitely going to be going back again one day!

Went to Tbilisi in 2016, but never left the city (was too busy drinking wine). Need to get back there.

I went to Kazbegi a few years ago and it is sooo beautiful! You don’t have to be a professional mountaineer to enjoy the climb either — our tour guide made it fun and easy 🙂 And it was a good way to burn off the calories from all that cheese bread!!