She’s Italy’s Eurovision 2016 starlet who knows that beautiful, subtle music can have a very loud and forceful impact. Now, after her volcanic tropical house hit went gold in her home nation, Francesca Michielin has reignited her signature sound.

In November she dropped her music video “Io non abito al mare” (I don’t live by the sea). There are no tropical house influences here. Instead she’s backed by soft yet rich instrumentation, which lets her emotional vocals cut through the lightness.

The X Factor Italia winner proves once again that she’s a master of understatement: She never lets the music overtake her. She wraps her arms around it and exudes passion that draws you in. Power, she demonstrates, has many shades — including the supple and nuanced.

As we’ve come to expect from the Italian songstress, the lyrics are gorgeous.

Speaking to Sky Mag, she explained that the song “is about the difficulty of communicating” — or, more specifically, “the difference between hearing and listening, and the obstacles between the words that we want to say”.

She illustrates that message in the cover art of the single, where she hugs a boy — but her embrace is scrambled by pixels. There’s a difference between what we do, what we want to do and how it’s all perceived.

The music video, directed again by Giacomo Triglia, is also raw and enchanting. She hugs tightly to her boy, swishes through a white trench, and even appears in space. It’s all very cool and artsy, and we’re into it.

2018 is set to be a great year for Francesca fans. Her string of recent singles comes in anticipation of her third album, which is set for release in January. And she is also going on a tour throughout Italy next Spring, starting in Parma and finishing in Florence. Tickets are already available for those lucky Italian Eurofans! Francesca is one of the most intelligent, artistic and friendliest of our Eurovision family, and we’re very excited for her next year!

So what do you think of Francesca’s new music? Are you excited for her new album and tour? Let us know below! 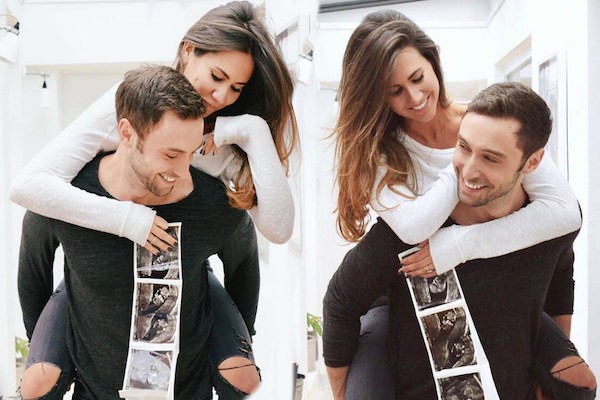 Baby on board! Måns Zelmerlöw reveals that fiancée Ciara Janson is pregnant with his first child

I can’t at foreigners being here for her… her music is so bland and literally here almost no one buys or streams it. The radios spam her stuff, though. This song is terrible.

So how did Vulcano receive Platinum certification? Russian bots?

EVERYTHING gets certified in Italy, even songs that don’t chart within the top 100, because our thresholds are too low. You need 7,500,000 Spotify streams to get a Platinum certification which isn’t that much for Italy.

Different strokes for different blokes. Just because you don’t like her songs doesn’t mean everyone else don’t like them as well.

I for one liked “Vulcano” and “L’amour esiste”.

She is beautiful, sensitive, intelligent and very talented. Her voice is wonderful, the lyrics are very deep. I love her! <3

She is great and said her ultimate dream is to make music for movies. Is this dream becoming real?

She is my most favorite Eurovision participant of all time! After she entered Eurovision, she has been my favorite vocalist. I cannot live without her music, she’s just incredible!