OT has been running for seven weeks now and it has become the biggest success of TVE in many many years. The show’s audience grows every week and it has become a social media sensation. Now, one (or maybe more) of the 16 contestants will take part in Eurovision 2018.

For weeks, we’ve been telling you how much we’re enjoying this revival. OT has managed to win over the hearts of the Spaniards with their contestants’ evolution and charisma. Practically all of the country’s music scene has been in the ‘academia’ and Amaia — one of the contestants — has become a viral phenomenon.

But let’s be honest – using OT as the Eurovision selection doesn’t come as a huge surprise. Right from the start, Eurovision has been very present in the show. Spanish Eurovision stars Manel Navarro, Ruth Lorenzo and Barei talked to the OT acts about their Eurovision experience.

And almost every week, contestants have sung Eurovision songs. Check out how tonight Nerea SLAYED Pastora Soler’s “Quédate conmigo” – in front of the real Pastora!

And here’s Alfred singing “Amar pelos dois” a few weeks ago. Can we say anything else?

As a group performance, all the contestants sang La Casa Azul’s “La revolución sexual”, a song which finished third on Spain’s selection in 2008 and which went on to become a sexual liberation anthem in the country.

Through the weeks, many Eurovision participants have also visited OT. This week, Barei and Pastora Soler have been there and two weeks ago Ruth Lorenzo gave this terrific performance of her last single, “Good girls don’t lie”

This won’t be the first time Operación Triunfo has been used as Spain’s selection programme for Eurovision. From 2002 to 2004, OT was used, resulting in three solid years of top-ten finishes for Spain. This included Rosa López’ iconic “Europe’s Living a Celebration”, which placed 7th in 2002.

As of tonight, there are only 11 contestants left in the show. RTVE is yet to reveal whether only the finalists will be candidates for Eurovision, like in 2002-2004 or if all the contestants are eligible.

Who should represent Spain at Eurovision? Who is your favourite? Amaia? Alfred? Aitana? Agoney? Cepeda? All of them together? Tell us in the comment section below! 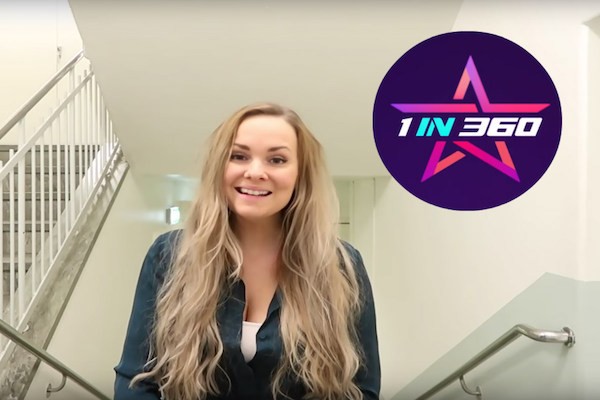 I thought that was already known.

Up until last night, it was just a persistent rumor.

I hope Spain will never do well, because of what they did to Manel. Forever last place.

I hope spain pulls a portugal and suddenly does very well this year.

Best cover I’ve heard of ‘Amar Pelos Dois’. Not a bad effort on Quedate Conmigo either. Good talent on display for Spain.

The thing is, this is only half of the battle; Spain’s problem the last three years wasn’t the singer but the song. If RTVE don’t provide the winner with a good song, then it will all be for nothing.

Barei was a product of bad staging and worse direction, as apparently no one cared.

Edurne, well that was a stroke of bad luck, as technically all was right…

Just get a good song, and care how you present it.

Pablo – I thought Barei’s vocals were decent – they were far better than her performance from Objetivo Eurovision anyway. Edurne was fine for most of the song as well, but she ruined the final note.

Sorry, I thought you said bad singing. My bad!

As a Spanish, I think this is a good idea. At first, when the first show started I wasn’t convinced at all, but the contestants have learnt and evolve a lot since then. They seem more confident now and they just need more practice over the next weeks to adquire more experience with big stages and, of course, a great song/composer (pls stay away crappy Spanish composers like Artesero, Luque, Sanchez-Olson, etc…). Over the past weeks, it was almost obvious or, at least a clever idea, that RTVE would use OT as the Spanish National Final: good TV share (15-19%),… Read more »

This is exactly what Spain needs

I want Maria Isabel (JESC 2004) to compete at Operación Triunfo! 😀