He’s a dancer and choreographer who has worked on West End and Broadway productions including The Lion King.

And on Friday we learned that Vince Bugg will lend his talents to judging 1 in 360 — San Marino’s search for an Internet candidate for Eurovision 2018.

“I’ve been professionally dancing since I was a young age,” the dancer said in an interview uploaded to the 1 in 360 YouTube channel. “My professional career as an adult started stepping straight into The Lion King on the West End and then it escalated from there into Broadway, traveling the world, working in Asia, all over Europe, and now I find myself here.”

Literally “here” is WeWork — a co-working office space popular among freelancers and start-ups (we recognise the décor as the Moorgate branch in London). But figuratively he’s in the 1 in 360 game and ready to nurture Eurovision talent. Given his positivity, it’s safe to say he’s more into shantay you stay than sashay away.

“My critique is a little away from the singing and is more focused on the performance base. Very much with the fabric, the dancing, the way someone moves. It doesn’t have to be a full dance routine — you know, somebody standing still can still be very beautiful and moving. But what it has to do is make sure it’s working together rather than working against each other.”

He’ll know it when he sees it, as his dream candidate will “take Eurovision to that next step and add performance and costume and music altogether to create one” killer performance.

“It’s an amazing opportunity that somebody can be representing the Internet. You have so many countries and so much talent out there, so for me it’s really looking for that one who deserves the ticket…We’re looking for the one in 1 in 360.”

Judging from Vince’s Instagram account, he leans toward the quirky and creative, and isn’t afraid of outré looks or eccentric styling. For Halloween he went gory-glam, giving life to a zombie from American Horror Story.

He’ll join previously announced judge Zoë Straub — the daughter of Christof, one of the brains behind this year’s selection.

Voting for the second wildcard wraps up on December 10. At the moment three acts have more than 74,000 votes each and are in a virtual deadlock — your vote still matters.

The third wildcard will go to a Sammarinese artist. You can learn about all of them, and cast a vote in our totally unofficial and just for fun poll, below. 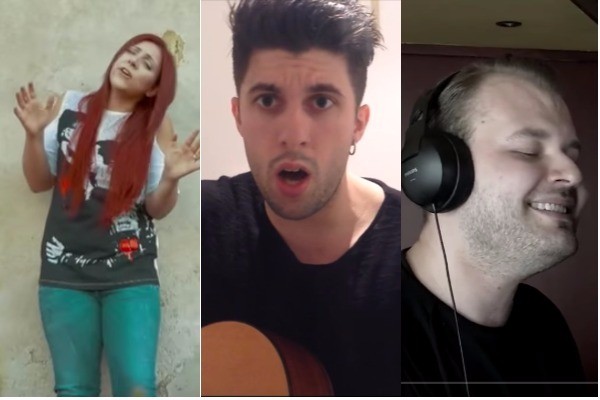 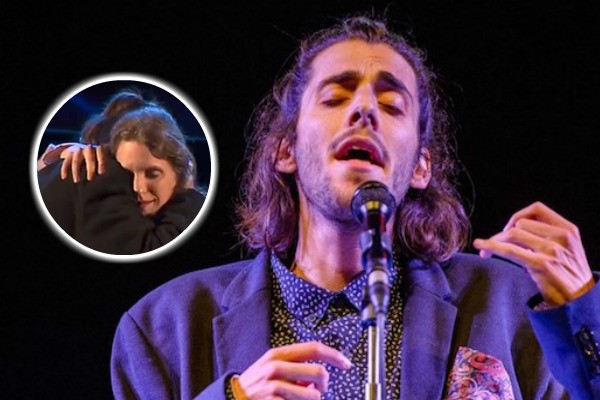 San Marino: Senhit pays tribute to Freddie Mercury in cover of “Rise Like a Phoenix”

Off topic, but Saara Aalto is in studio with Paradise Oskar (Finland 2011)!!! Check her instagram

That scary face is the reason I will visit only tomorrow when it will be on the 2nd page, I hope.

There is a big rumour that Ricki-Lee is going to esc for Australia.. check it out on twitter: she’s recently followed a few eurovision accounts and is recording something in the studio! https://twitter.com/SelimQeleQeles/status/939081886445453314

Where’s Valentina?? Thought they’d pick her for sure. Come on, 1in360!

So they got a dancer as a judge for a music contest?
I’m not the only one who’s seeing a problem, aren’t I?

it’s not just about the singing but as we have soon over the years staging is a key factor when it comes to eurovision, so no you’re not seeing a problem.

Some of the 1 In 360 auditions are people sitting down in their bedroom, singing into their webcam. There are even some who can’t/won’t look at the camera. They have good voices but seem to lack actual performance experience. If any of those acts get through to the next round, it would help to have someone to critique their performance style.