On September 28 Flemish broadcaster VRT had the honour of revealing the very first artist of the Eurovision Song Contest 2018.

While reaction to Laura Groeseneken has definitely leaned toward the positive, it’s been mostly quiet on the Belgian front since then.

But on December 4 Laura broke the silence when she appeared as a guest on Radio 1’s BELPOP Session, a concert in which various artists sing their biggest hits and forge interesting collaborations.

During the concert Laura, who has previously performed under the name SENNEK, sang duets with Belgian artists Frank Vander Linden and Daan, performed her own song “Give It Back” and even covered Loïc Nottet’s Eurovision 2015 number “Rhythm Inside.”

You can watch her performing from 28:00 in the video below.

Laura’s song “Give It Back” shows off her flair as a songwriter and highlights the sultriness of her voice.

Starting around 32:45 in the video, she doesn’t just move that body — she pulsates with the sounds of her self-written track, oozing sex appeal that befits her smoky voice.

The Ikea visual merchandiser is definitely now, but her voice has flashes of greats from the past like Janis Joplin and Tina Turner. The woman can sing.

Her cover of “Rhythm Inside” — around 1:34:00 — once again showcases her soul and control. Her take on the song is less avant-garde and more rock than the original, but it really works. Her slightly accented English only makes it more endearing.

She performed Salvador Sobral’s “Amar pelos dois” shortly after being revealed as Belgium’s act, paying tribute to the Eurovision 2018 host nation Portugal where she hopes to take her career to another level this May.

Once again Laura made this track her own, gliding through the verses and chorus as she gave it her unique feminine touch and sang in English.

Our readers have responded rather positively to Laura.

“Her voice is so pleasing and she has remarkable control, especially in the challenging lower register,” Nikos wrote. “Like others, I am feeling the Martina Barta love and connection (she had very similar qualities). Good job Belgium. I am always a little nervous about Flanders (you gave us ‘Mother’ lol), but it seems they have caught up with the Walloon broadcaster in giving us great content. Can’t wait for the song now.”

Do Laura’s latest performances have you even more optimistic about her chances now? Are you loving that voice? Let us know in the comments box below. The Next Star for Eurovision 2018: Axum and Almog Kapach among this week’s Israeli qualifiers 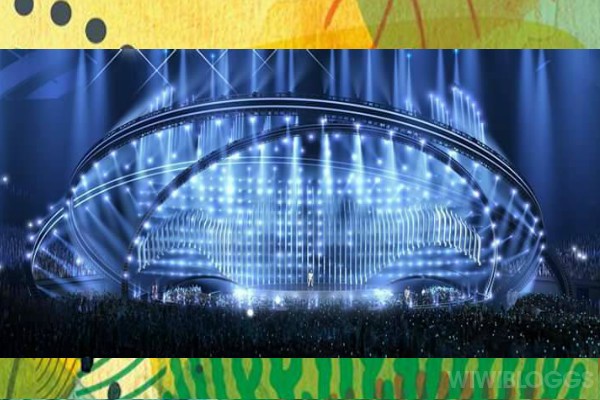 DISCUSS: The Eurovision 2018 stage will look spectacular — even without LEDs

Her voice here is a bit to gravelly/nasally for me, similar to Triana Park’s (and I think that was to such an extent that it justified the poor placing). Much different than she sounds in the videos under the SENNEK name, though, perhaps she wasn’t in top form here.

more than martina barta, she reminds me of jamala ( just a little bit more smoky)

Oh wow I did not expect to read my own comment in a Wiwibloggs article, thats cool lol. I’m still rooting for Laura, thanks for linking these new performances! 🙂

Wow I knew she could sing, but I’m quite impressed by these two performances, and damn can she perform! What I think I admire about her a lot now is that she gets fully into the music and the spirit of the song, and I can see her artistry shine, which is so much more important to me than someone just being a singer and nothing else. Super excited for what’s to come from her now

Here is my problem with Laura: Indeed her voice resembles Janis Joplin or Tina Turner, but she does not seem to have the attitude or the stage presence of the aforementioned artists. She rather gives the vibe of ‘good WASP schoolgirl doing garage rock’. I hope I am wrong, but Belgium seems to be headed to a Trintje moment. I think the only thing she can pull it off is a very slow, emotional ballad, something like ‘Birds’.

Off topic: There’s a rumor going around that it’s between ‘Heathers’ and John Lydon to represent Ireland this year, with it most likely being Heathers who will go to Portugal!! I hope RTE wont change their minds :/