As song submissions in Romania closed yesterday, Eurovision fans are getting hyped about beloved names making a comeback to Selectia Nationala. M I H A I and Xandra are the biggest confirmed stars to return, hoping to win Selectia Nationala 2018 and represent the country in Lisbon.

“Tornero” singer Mihai Traistariu, who has styled his name as M I H A I, is back with a vengeance. After placing fifth at Selectia Nationala 2016 and second in 2017, he is ready to represent Romania once again. While his song has not been made public yet, it is one of his trademark power ballads and it is clear that  M I H A I’s is the entry to beat. We expect him to wow both the jury and the viewers in the National Final on 25 February, just like he did last year with “I Won’t Surrender”.

Xandra (Alexandra Sipos) has released her bid for Selectia Nationala 2018. Very similar to last year’s entry “Walk On By”, which placed fifth at the 2017 National Final, “Try” is a sweeping ballad that showcases Xandra’s powerhouse voice. It’s yet another entry that is already expected to make the 2018 National Final.

Xandra’s song was written by Will Taylor, Jonas Gladnikoff, and Michael James Down. We find Jonas and Michael behind another Selectia Nationala hopeful, former X Factor Romania contestant Johnny Badulescu (real name: Ion Moise Badulescu). With a decent performance at the live audition, his ballad “Devoted” might make the semi-finals.

Not all the songs are ballads though, thankfully. Among the Selectia Nationala hopefuls we might find Anuryh, an exotic model made famous on the Romanian version of Temptation Island. Her radio-friendly track “In My Head” is rumoured to have been submitted to Selectia Nationala. If this is proven true, the dance song would be a welcome addition to the live shows.

Other names that are rumoured to have sent songs to Selectia Nationala 2018 are Cristina Vasiu, Teodora Dinu, Alessandro Danescu, and Ayona.

Broadcaster TVR is yet to make the official announcement regarding the number of entrants and their names.

Next up, the contestants will perform their entries in front of a jury and audience between 19-21 December. The jury will choose 60 songs that will make it through to the five semi-finals, set to start in January. The National Final will be held in Bucharest on Sunday, 25 February.

Which sing do you like so far? Which of the names are you rooting for? Let us know in the comments! Let it Slo! Maraaya, BQL and Nika Zorjan are dreaming of a “White Christmas” 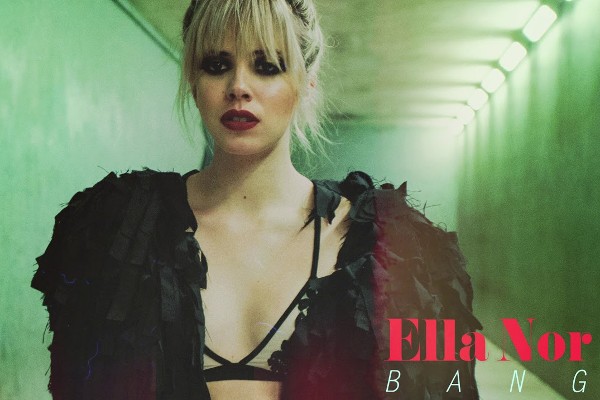 I like how determined Mihai is to represent his country again in Eurovision. I love him! His 2006 song may have competed a decade ago, but it’s so amazing and it’s still an all time favourite for me. I’d love to see him back! Win the whole thing and leave!

Xandra is just amazing! I love her since last year! “Try” is similar to “Walk on by”. It showcases her voice and I believe she can kill it live. But is it enough?

Johnny’s “Devoted” starts really well but then I lose interest. Nice try though.

In My Head could slay with killer staging and a good draw, but I don’t think it would really work live with (only) six people on stage, and if everyone on stage is a dancer, that would mean she would need to carry the WHOLE song by herself, wich I don’t see her doing (and being able to do). Still a good entry tho…

Did I read it right….60 songs are going to make it to the semi-finals?

lol ‘in my head’ sounds like the weird spanish/turkish boring slow ethnic stuff that Inna is doing now, it’s better than the boring ballads though

I need Romania to deliver the bop of the year once again. They rarely disappoint.

romania select Anuryh if u wanna slay this year!!!

I think “Tornerò” would still be considered fresh if it were submitted nowadays. In comparison (and I do think that people compared it to “Tornerò”), “I won’t surrender” was just a little boring… Besides, I don’t think that power ballads are really for Mihai.

I am sorry, but I honestly had enough of Mihai. As he tries every single year, he started to come across as really desperate. Moreover, as he always complains about the results he also looks like a sore loser. I do not deny he has a great voice, but he is very unpleasant, I prefer to see some fresh talent, like Ilinca last year.

Anuryh sounds extremely manufactured, and I seriously doubt she can sing live at all.

Xandra and Johnny Badulescu have nice songs. The last song, In My Head, is atrocious though. It tries to be everything and comes out as nothing in the end. Horrible, horrible, horrible.

Hopefully Mihai will send a good song. I don’t know if he can match Tornero or not, but he has a great voice.

“Try” is monotonous and forggetable, does not compare to the masterful “Walk On By” by a bit. Gotta admit I kinda like “In My Head” lol, maybe not for Eurovision, but it’s got some catchy beat.

“Tornero” was a great song, I really hope he will be able to find something similar.

That last song is totally garbage .. Thank You!

Hope Mihai is coming with something good. I really liked his entry last year and thought they should have went with it.