Ella Nor — better known to Eurofans as Leonor Andrade — has undergone a personal revolution since her turn on the Eurovision 2015 stage.

Following a change of stage name, she has released several contemporary singles with an artsy, avant-garde edge. Her latest release “Bang” has caught our attention as one of the darker songs of 2017…and one that’s well worth a listen.

“Bang” is a dark love story that sees Ella Nor sing about a shot to the heart. Told in the third person, the story references a mysterious couple. “He took it away,” Ella says, adding that “she got scars you cannot see”.

Cleverly and somewhat eerily, the song moves into first person in the final moments as Miss Nor reveals that “I was starting to believe… 1, 2, 3 but I lost it all again”.

Replete with an explosive chorus and catchy hook, it’s a real earworm. But it comes with plenty of emotion. The repetition of “he took it away” becomes the heart beat that pushes the song forward.

The darkness should be somewhat reminiscent of her past work. Prior to her name change she flirted with it on the well-received single “Strong For Too Long“.

Ella Nor has not disappointed her Portuguese-speaking fans either. “Bang” has been released in her native tongue as well, and the Portuguese version is just as chilling as the English one. “Bang” is also not her only release under her new stage name.

The darker beats remain — a telltale sign of Ella Nor’s new direction. But they’re underscored by an empowering sense of fun and girl power.

Earlier in the year, Ella Nor also released “Não” (“No”), a song entirely in Portuguese. “Não” is very much a dance number with a catchy electronic chorus. It’s a perfect transition from the Leonor Andrade who gave us “Há Um Mar Que Nos Separa” to the dark and mysterious Ella Nor who gives us “Bang”.

The music video features Ella Nor stripped bare and at her most vulnerable but there’s nothing vulnerable about her vocals as she delivers a track which quickly turns into a banger.

What do you think of the new and improved Leonor Andrade? Which of Ella Nor’s songs appeal to you the most? Let us know in the comments below. 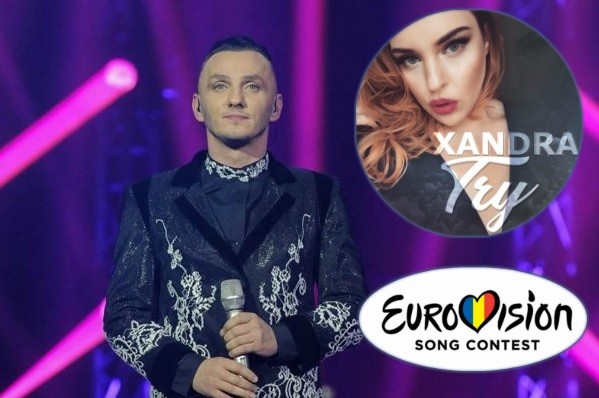 Romania: M I H A I, Xandra return to Selectia Nationala as submissions close Wow I have to say that this song is actually much better than her Eurovision song. I kind of want Portugal to send this now next year but it’s too late now I guess ?

Mum comes thru with another original BOP, so proud of you <3

“Bang” and “Strong For Too Long” are her best songs

Não is fine, but the rest are really boring cliché pop songs. I preferred the ‘old’ her, filled with personality.

I second that. Her old style was more original.

LOL. Her old style was 1980s Festival da Cancao. She has shed the dated material and moved into 2017. Ella Nor > Leonor.

How does her old sound sounded 80’s?