Another day, another contestant. This morning France 2 kept the momentum of national final season going by confirming June the Girl as its second contestant for Destination Eurovision 2018 (following the announcement of Malo yesterday).

“So happy to finally be able to share this news with you,” she wrote on Twitter. “Very proud to present my song #Same for the first time with #DestinationEurovision on France 2 TV! You have my destiny.”

As you can hear on her existing track “Emotional”, she has a light, breathy voice with shades of Carla Bruni. But she goes beyond the chatty sound of the former first lady with modern production that sounds sensual and mysterious.

Writing on her official Facebook page, her team oozes passion when describing her sound.

“June The Girl is a new thrill and yet so obviously attractive. A voice at the same time very sweet and pointed, tender with small and dreamy nuances, like a cat’s tongue. Then the impression that this voice is nailed up there, in the radiant light of inexhaustible wonderment.”

“Flying Kisses” shows off her tight production yet again. Electronic tracks can often sound too processed and other-worldly. But her unique voice cuts through all the digital sounds to create something contemporary yet thoroughly human. She works her tongue in both French and English, gliding between the two with ease.

When she encourages us to give her “Flying Kisses” we can’t help but say oui.

It is expected that France 2 will reveal more artists in the days leading up to the first semi-final, which airs on 13 January 2018. Nine songs will compete in each of the two semi-finals, and four songs from each semi will go to the grand final.

What do you think? Does June the Girl have what it takes for Eurovision? Who would you like to see in The Destination Eurovision lineup? 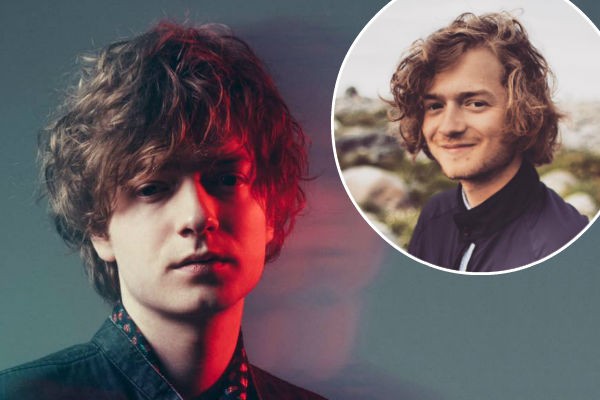 Poll: Which 1 in 360 finalist had the best audition video? Wiwi Jury: France’s Tom Leeb with “Mon Alliée (The Best In Me)”

I’m not familiar with June the Girl, but the snippet sounded really good. Looking forward to listening all 3 minutes.
France started really well!

However, I forgot to mention the lack of French. I mean… you can have some english in the song, but why not singing in your native language? It’s so beautiful!
I hope there are also songs entirely in French.

All songs will be at least 70% in French

June the girl? How “original”. Sounds like the name of a band, not a soloist. :/

Yeah I supposed that we, French, are strange XD
It’s like Christine and the Queens ^^’

Kind of an ironic name, since “girls” are not allowed to compete in the main Eurovision. Only “adults and young adults aged 16 or over.”
However, “June the young woman” just doesn’t sound right. :S

My riskiest joke ever…
Maybe she’s “June the girl” so as not to be confused with “June the month”? (Sorry!)

That’s actually why she uses « the girl » after June. She said it in an interview. You can also hear in her song « emotions » : « my name is June, en Janvier il fait froid » (my name is June, it’s cold in January). She plays with words and seasons 🙂

I have to say that I worried a lot when France 2 announced this preselection. I heared about Malo before, never about June. But WAW! These two are only the first two. I can’t already wait to hear their entries !

Looks promising. I think it will be difficult to pick out a favourite!

I really hope someone like Ridsa or Vianney is announced as an act… probably will not happen, but I like to dream! But I really like this song, and Malo wasn’t bad either

They didn’t have high level last year tho

June The Girl is a real original choice ! I think she can slay in ESC ! 🙂
France is doing great ! 🙂

Why she sings in English? The French viewers may penalise her for not singing in French.Let’s see how she fairs on the selection night next months.

All the songs are at least 70% in French, so she is doing a bilingual song like Malo’.

Apart from his contribution for a soundtrack recently, has Kendji released any new material the past year?

Lol, even I know him and I’m German… Don’t think this will ever happen, sadly 😀

Yeah, he’s really famous in France! I don’t think he would do Eurovision. But I’d love to see him too!

Anggun is a Huge artist and France managed to get her along with Patricia Kaas back when France seen Eurovision as a bit of a Joke.
Since the success of Amir I’m not surprised they received 1500 entries.
Although I doubt a big name with compete in a National selection in case they don’t win.