Destination Eurovision is set to be the first national final of the new year. Now French broadcaster France 2 has revealed the first candidate who will be competing in the new national final. Fans were introduced to the Australian-French singer-songwriter Malo’.

Born Malory Legardinier, Malo’ is a singer-songwriter. He has released two albums, The Old Way in 2011, and his first major label release Be/Être earlier this year.

Malo’ songs tend to be bilingual, slipping easily from French to English. Earlier this year he released the single “I Believed”. The song has a stripped-down yet funky style, and switches from French verses to an English chorus.

In France 2’s promo video, Malo talks about the importance of music in his life, and discusses Eurovision. He also reveals the name of his Destination Eurovision entry, “Ciao”, and a short clip of the song is played.

It’s a piano-driven ballad with a Beatles-style sound. And it sounds like a song of heart break. In English, Malo’ can be heard singing, “Ciao, honey. It breaks my heart…”

Who is he? What will he perform? Open your ears and discover this exclusive profile, before finding it in #DestinationEurovision, from January 13, 2018 on @ france2tv! @officialmalo

Meanwhile, vigilant fans believe they’ve identified another act who will be part of the Destination Eurovision lineup.

In an earlier promo, YouTuber Fannyfique met up with journalist, Miss Ile-de-France 2014 and Eurovision superfan Margaux Savarit. Fanny played a few songs for Margaux and fans have identified one of the songs from the short excerpt.

The song is said to be “Tu mes manques” by The Voice singer Sarah Caillibot. In 2013, she made it to the live shows of The Voice: la plus belle voix and was coached by Destination Eurovision host Garou. Since leaving the show, she has built up her career as a singer-songwriter.

But is she part of the Destination Eurovision lineup? At this stage, we don’t know for sure, but since the song was identified, a preview clip of “Tu mes manques” on Amazon has been taken offline.

Other lists have been doing the rounds on social media, purporting to name the acts competing in Destination Eurovision. However, these have not been confirmed by France 2, and one member of the production team declared — in a now protected tweet — that the list was “fake news”.

It is expected that France 2 will reveal more artists in the days leading up to the first semi-final on 13 January 2018. Nine songs will compete in each of the two semi-finals, and four songs from each semi will go to the grand final.

What do you think? Is “Ciao” a good song for France to send to Eurovision? Who would you like to see in The Destination Eurovision lineup? 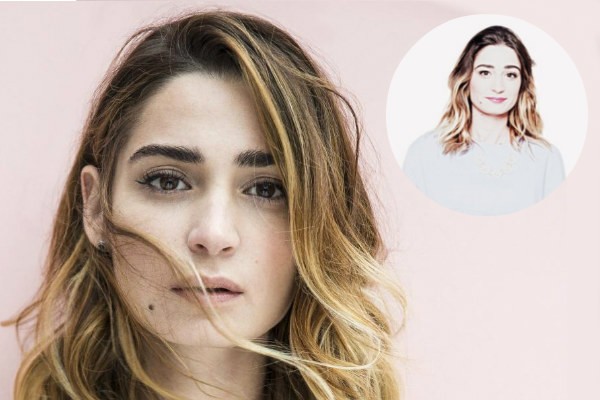 I enjoy the song!

Taking into account the video on Twitter, I’m optimistic.
Malo sounds great. Beautiful voice. However, we listen to a very small part of the song to judge, but it sounds good.

lmaoooo i found malo’ like a week before this, i believed is such a quality song
france snatching all its upcoming talent for eurovision i love it

Malo sounds great but I heard the Tu me manques snippet before it was taken down and I really didn’t like it.

Indeed Sarah Caillibot is officially confirmed with Tu me manques. Until it’s official!

I can’t wait to find out the acts competing for ESC 2018 next month in France. Malo is music material and a good talent. Even if he does not make it through to Lisbon, he has a good music career ahead of him.

Sarah Caillibot was in the French jury in Eurovision 2016 ^^

And another act (June the girl) has been revealed too

hmm the short clip sounds along the lines of amande from 2013 and we know how she ended up :/

Running order was responsible for that flop.

Wasn’t the running order made by Björkman? And all people say he knows best about Eurovision music…

Only 15 days till the first semifinal. Great.