He rose to fame in 2014 when he made it to the semi-finals of The Voice: La Plus Belle Voix  as a member of Garou’s team.

And on Sunday France 2 confirmed that IGIT — real name Antoine Barrau — will sing “Lisboa Jérusalem” in the semi-finals of Destination Eurovision.

Born in northern Paris, IGIT has a deep and resonant voice and a classic style — all of which feature in the snippet of his track. It sounds like it belongs on the soundtrack to a French blockbuster and conjures up French greats like Serge Gainsbourg. Color us excited!

The song, which very obviously discusses travel and trips to far away lands, seems perfect for IGIT, who has himself journeyed around the world. He studied business administration in Ottawa, Canada and later lived in Slovenia, where he tried his hand at electronic music.

On The Voice he silenced the judges with his cover of Little Willie John’s “Fever”. He showed off his stunning voice and emotional connection to the music — twisting and contorting his face as he worked his lower register with ease.

His styling there — and in France 2’s Twitter video — suggest a bohemian artist with a distinct point of view and natural flow. From the choice of songs to the open shirt to the visible scruff, everything seems very organic to him.

And apparently he has some friends in very high places.

His single “Des Conséquences” is among his more contemporary tracks. It nods to his classical style, but the production and selected instrumentation give it a more modern vibe.

Are you feeling IGIT’s sound and song clip? How does he compare to the previously announced artists in France? Let us know in the comments box below! 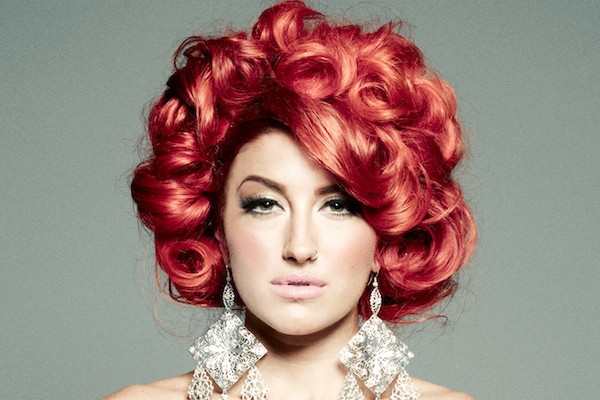 A New Year’s Eve playlist: Ring in 2018 with these Eurovision classics

OMG! I remember Igit from the Voice! He’s excellent! Love him!
Really interesting song. At first listen it doesn’t seem exceptional, but I believe a live performance could elevate it! I can’t wait to watch it in the semi!

High quality entry again. This is going to be soo difficult for France to choose!
At this rate, they might as well send their three runners up to some neighbouring countries! :p

Go borrow one of their runners ups, Switzerland

Man, France is slaying…
He reminds me of Jason Mraz, but less casual.

I am french and amazed by the quality of our selection so far. It will be difficult for him to qualify but it smells radio success in France (like the 3 previous acts). Very Claudio Capéo/Jacques Brelesque

This selection is going to SLAY! Hope you hear all of their tracks on the radio afterwards!