Chestita Nova Godina! 2018 has come along, and with it are clues for three more songs under consideration to be Bulgaria’s entry for Eurovision 2018. Broadcaster BNT has posted more keywords that describe each song, to give fans a hint of what might be.

As always, Team Bulgaria is keeping very tight-lipped about the artists behind the entry. But we do know the names of the 13 song projects under consideration — and now we know a little more about three songs.

First today is “Rebirth”. It’s described as a “ballad” with a “strong personal story”. There’s a lot going on here. It’s also described as being an “elegy about the lost chances in the past” and a “prayer for the future”. It’s just the sort of thing that feels appropriate on New Year’s Day — but will it feel the same in May?

Next is “Choosing”. Its description is a lot simpler. “Choosing” is a “pop-rock” track, it’s “mid-tempo” and “radio friendly”. We’re drawn to the infinity symbol in the tweet graphic. Does this mean the song is about a never-ending choice?

And finally today is another song for New Year’s Day — “Lovers to Enemies”. It’s described as “a story about the cycles of life” and, perhaps a little unexpectedly, is a “male power ballad”.

THE 13 SONGS IN BULGARIA’S INTERNAL SELECTION

Song titles in bold are the ones with clues revealed.

The BNT team will reveal the descriptions of the remaining three songs tomorrow.

The system of dropping clues of the songs under consideration is similar to what the broadcaster did last year with six shortlisted songs. In the end, it was the “modern, pop-ballad, dark, strong / meaningful lyrics” that was selected for Eurovision — Kristian Kostov’s “Beautiful Mess”.

While the selection process is private and internal, BNT has revealed there is a way for a few lucky fans to be involved. The broadcaster will invite some of its Twitter followers to be in one of the focus group panels that will assess the songs.

What do you think of the descriptions of “Rebirth”, “Choosing” and “Lovers to Enemies”? Who would you like to see represent Bulgaria in Lisbon? Share your thoughts below! 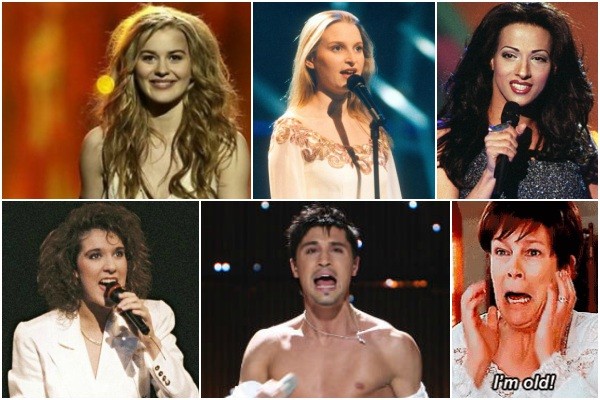 LIST: 18 Eurovision facts that will make you feel really old in 2018

Rebirth is Jan Bergendorff’s song but it won’t be in Eurovision unfortunatelly!

We had Beauty Never Leis from Serbia 2015 and maybe we have Love Never Lies from their neighbourg Bulgaria in 2018.

I don’t know why I have this kind of feeling but “Bad News” sounds like a title for an uptempo song.

If BNT doesn’t have the sufficient budget for national final why are they trying so hard in Eurovision ? Hasn’t anyone told them that if a country wins, it has to host ESC the next year ? If they don’t have money for holding national final, they wouldn’t have money for hosting Eurovision as well… But why are they risking then ? They could choose a mediocre song and finish somewhere in the right side of the scoreboard instead of 4th- and 2nd place finishes in two consecutive years. What would have happened if Kristian Kosov would have won ?

To the best of my knowledge, funding for hosting is “negotiated” with the EBU and with other participants. A deal is then done that benefits everyone. So not “all” of the funding for hosting would come from the host country, in theory. Also, I suppose the host country could stand to benefit economically from the boost in associative tourism. Also, there have been past occasions when winning countries have declined to host the following year – there was plenty of that going on in the 70s/80s. On those occasions, a very kind broadcaster stepped in from somewhere else (e.g. The… Read more »

“Rebirth, sounds like a classic ballad. Not sure.
“Choosing” doesn’t seem sth great.
“Lovers to enemies” is also a ballad. I don’t have anything with ballads but I don’t think it’s the strong point of Bulgaria. They need more mid tempo and uptempo songs.

Oh, why? Kristian came 2nd with a ballad, it seems to be their ”strong point”! 😀

Thanks for the heads up. Listening now!

What if rebirth is Kristian kostov again. “New year, the same story”. Maybe he is singing a song similar to beautiful mess

Interesting, I was actually wondering what is a statistical possibility of having two short-listed songs with the titles of ‘collide’ and ‘two hearts collide’ in the same selection. I mean unless you are working under a Large Hadron Collider, this verb is not likely to be your most frequently used. And here we go… I just love this game I have to say

Trivia: There are so many songs called “Collide” written in the past 20 years, it’s actually hard to summarise them all. They are mainly from the USA (not all), and are mainly country or modern pop.

The one I remember the most is a simple four-chord song on acoustic guitar, sung by Howie Day in 2004. (It also bears a striking harmonic similarity to Azerbaijan’s winning song in 2011.) Link here: https://www.youtube.com/watch?v=ca9ub9rpNK4

More recently, there was Jake Miller, with rap. He’s too gorgeous though; it’s distracting 😛

Thanks, Purple Max, agree on Jake 🙂

1. That would be the worst marketing campaign of the season;
2.
Hey honey, I’ve got “A New Home”
But also “Bad News”
It’s made of “Bones”

You can also rhyme “collide” with “collide”.

This is a reply @Robyn =s

Here’s another crackpot theory:
These 13 descriptions are actually for the Russian entry.
Yes, I actually read this rubbish. 😛

Damn, you are like the next Hercule Poirot! I hope that the first theory actually comes true:)

It won’t. Unless someone is willing to donate A LOT of money to BNT today? Anyone?

Ah, but should the ESC be only for “top artists”, or should it be for “the best song”?
Budget versus principles, oh I know.