A new year means a new me, a new you, and new batch of Eurovision favourites.

But it also means we’re all one year older.

Sure you may be feeling full of youthful vigour right now, but wait until you’ve gone through our list below.

Y’all will be signing up for your pensions in no time, or at least checking if the Buranovskiye Babushki want new members.

Performers must be 16 or older on the day of the final.

4. If Lisbon were to recreate Baku’s semi-final medley with the last five winners, Emmelie de Forest would be in the Marija Serifovic role.

The 2017 line-up would be Emmelie, Conchita Wurst, Måns Zelmerlöw, Jamala and Salvador Sobral. In 2012 it was Marija, Dima Bilan, Alexander Rybak, Lena and Ell & Nikki.

5. The Eurovision semi-final system has been in place in some shape or form for 14 years.

The first semi-final was in 2004. Countless shock non-qualifications have ensued.

6. Come May, the Big 5 will have skipped more semi-finals than the Big 4.

The Big 4 — Germany, Spain, France and the United Kingdom — first bypassed the semis in 2004. After seven contests, it became the Big 5 when Italy returned to the contest in 2011. Lisbon 2018 will be the eight edition to feature the Big 5.

7. It’s ten years since both Azerbaijan and San Marino made their Eurovision debuts.

They were represented by Elnur & Samir with “Day After Day” and Miodio with “Complice” respectively.

8. Anyone below the age of 30 is unlikely to remember Luxembourg’s final participation in 1993.

11. Eurovision’s 70th anniversary celebrations are considerably closer than its 50th.

12. It’s eleven years since the infamous 2007 semi-final of death where 28 countries competed for just ten spots in the final.

The grand final only had 24 countries.

13. As a result, the idea of having two semi-finals was introduced in 2008, one decade ago.

14. The 100% televoting era came to an end ten years ago when the juries rescued Sweden’s Charlotte Perrelli.

Were it completely up to televoters, she wouldn’t have qualified for the final.

16. This will be the sixth contest where the running order is determined by producers.

Before 2013, the running order was based on a random draw.

18. It’s two decades since the UK’s impressive 11 year streak of top ten finishes came to an end with Imaani’s second place in 1998.

In the 20 years since, the Brits have only reached the top ten twice. 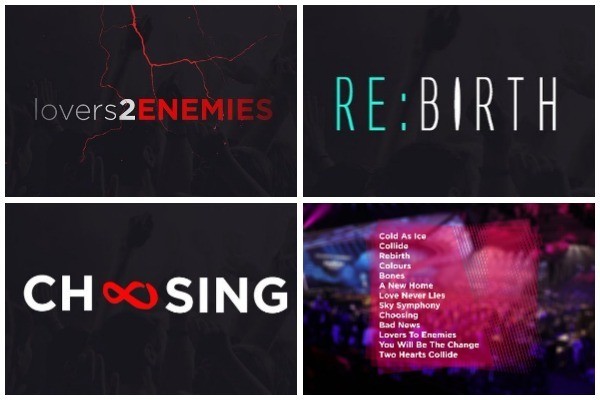 omg, i remember everything and more

can we get more articles about really old contests? i’d love to read about that and watch videos from the 50-ies to 80ies :-).

And I’m born exactly one month before the very first Eurovision 1956 ?

I remember Bobby Socks winning for Norway in 1985 :)) And the contest was held in Sweden (my country).

Well, I watched Eurovision for the first time when my country hosted the show in 2012. I don’t feel that old yet. :$

I don t like rule that the the running order is determined by producers and EBU reference group for Eurovision full of members from nordic and western Europe countries. Better is runnig order before 2013, to HOD decide by draw for semi, and singers decide by draw for final after semifinals. UK , The Netherlands deserved more to won in 1998 than Israel. UK lost thanks to Ireland, Germany and Slovakia who gave them 1 point from 3 countries only 3 points for best song that year in contest. Ireland 1996 for me is one of most overrated winner. That… Read more »

it was 20 years ago get over it

The Big 4 started in 1997–after Germany missed the 1996 Contest due to a non-televised “pre-qualifier”. From 1997 onwards Germany, France, UK and Spain were excluded from relegation.

I remember to watching the live show in 2011 – present. But, I watched a lot of videos about others contests. ESC fan since 2011, 7 years already !!

So my first Eurovision memory is Carola’s win in 1991, although I probably had watched a few contests prior to that. (I was 7 at the time.) It was however first in 2017 I’d say I became a real fan, much thanks to WIWI. It’s been a surreal experience to rediscover, rewatch and relive the contest I have followed for a quarter-century. Many of the songs and shows are intimately linked with different phases of my life. My ‘makes me feel old’ fact would be realizing it’s over 20 years since the Swedish ambassador to Oslo had to issue an… Read more »

WHAT! That actually happened, Sweden had to give an apology to Norway for not giving their entry any points. If they didn’t like the song they didn’t have to give points to it, it’s a song competition not a be a good neighbor contest

The first Eurovision that I ever paid that much attention to was 2013, so most of this list doesn’t really make me feel that old. Of course, I would’ve remembered everything from 2004 on if I had known about it at the time.

It’s been 30 years since Celine won the ESC, wow.

I wonder what are the chances of her being invited to Lisbon as a guest performer. I’m sure millions of ESC fans would love to see her come back on the Eurovision stage.

15 years ago was my first contest 2003 won by Turkey and Sertab Erener.

The early years were the golden years for me. I liked the fun upbeat Eurovision that didn’t take itself too seriously.

I learnt a valuable lesson in be careful what you wish for. I wanted the juries back (despite having never experienced them before) to stop block voting, but actually all they ended up doing was destroying that version of the contest I enjoyed. 2018 looks set to be a really dull year with 10 – 15 countries all just copying whatever won last year

I miss the contests of the 90s! The language rule meant that the contests were culturally diverse, not the dull english-language pop fest we have today.

2003 was also the 1st time I watched ESC. The last time (before 2016) that the winner was only known at the last moment, and the Slovenian spokesman ‘wanting’ to delay their ponts!

15 years after, Turkey no longer participates, newbie Ukraine became a ESC powerhouse, t.A.T.u. are no longer ‘lovers’ and Rita Guerra is considered one of the great portuguese singers (and got married almost as many times as Elizabeth Taylor :p ).

It’s funny to think that “Diva” won 20 years ago, which itself came 20 years after Israel’s fist win. I vaguely remember Birmingham 1998, and I literally can not believe my memory stretches back two whole decades.

Time really has a way of messing with your head. When I think of my six years of secondary school education, they seemed to drag on for an eternity, a significant chunk of my life – yet Baku 2012 seems like only yesterday.

Since Copenhagen 2014, I could have gotten a university degree…if only I hadn’t spent so much time on Wiwibloggs!

Funny is Luxemburg last participated the year I was born. I actually love that particular Song Contest. I very much prefer the older Eurovision songs to the newer ones

Wow! It’s really weird to think, that 2002 Kids can participate in 2018… Means I can enter the contest in 2019 since I’ll be turning sixteen early that year 😀 Germany, I’ll save us and bring us that victory to Berlin!!!

Happy new year wiwibloggs! Wish you all a good year and may all your wishes come true! And of course another year diving into the world of Eurovision! Ok, I was born in the early 90’s so I’m not that old. However, there are things in this list that make me feel older. I’ve lived all the changes in the contest since 2004. The introduction of the semi, then 2 semis, the change of the voting system from 100% to 50-50% and the draw system. Also, in 2004, it was actually the very first Eurovision I ever watched! 14 years… Read more »

The 2000s at Eurovision were bad because there was no Italian Music/Jury vote.

OMG post 1 Made me realise I could participate in ESC 2020 and This is the last JESC I can enter. Wow, that really puts things in perspective

Haha. I wish I WAS old enough to remember Céline and 1988!
Actually my first ESC was 1990, when Italy last won. I missed her by two years.
Happy New Year Padraig! x

You only missed her by one year really, considering she performed the great “Where Does My Heart Beat Now” at the contest in 1989.

Wow, I actually didn’t know that! Thanks. x
I saw Céline live at Earl’s Court (London) wayy back in the mid 90s anyhow. I will never forget the sound she made singing scales backstage – what an incredible range!

I freaking love “Where Does My Heart Beat Now”, it’s such a great song.