Nine months after her ticket to Eurovision 2017 was cancelled, Russian star Julia Samoylova performed her song on a New Year’s Eve special on Russian television. And while she gave a heartwarming performance of “Flame is Burning”, it wasn’t quite the big news that fans were expecting.

In mid-December, Channel One revealed that Julia would be making an appearance on its New Year’s Eve television special. While nothing about Eurovision was mentioned, many fans jumped to one conclusion. They deducted that Channel One would use the occasion to confirm Julia as Russia’s act for Eurovision 2018.

Then along came New Year’s Eve. Julia showed up, looking angelic on a Moscow rooftop. She performed a lipsync of “Flame is Burning” and delivered plenty of festive cheer and good spirit.

But there was no mention of Eurovision or Julia’s potential involvement in it.

This has left fans to wonder what was behind the performance. Was it intended to keep the X Factor runner-up fresh in the minds of Russians before she is later announced as the Eurovision candidate? Or was it literally just a festive performance with no other motive?

We’re still no closer to knowing if Julia Samoylova will compete for Russia at Eurovision 2018.

Julia was originally announced as Russia’s act for Eurovision 2017 back in March 2017. Channel One had internally selected the X Factor runner-up who would perform the song “Flame is Burning”.

However, controversy soon erupted when Ukraine authorities banned Julia from entering Ukraine for three years after having previously travelled to the Crimea region. This led to Russia withdrawing from Eurovision which ended Julia’s chance for 2017.

At the time, Russian broadcasters Channel One and Russia-1 issued a joint statement which promised that Julia would have the chance to represent Russia at Eurovision 2018. Now it seems that particular flame might not be burning so brightly after all.

The last we heard from Julia was in October when she commented on the issue during a live chat with fans. She said:

“Regarding the Eurovision song —  no guys, the song for Eurovision has not even been chosen yet. Well, they say that I will go. I hope that the end of the world won’t come and everything will be fine … And we will go to Eurovision.”

What do you think? Should Russia select Julia Samoylova for Lisbon? Who should make Russia’s big Eurovision comeback? LIST: 18 Eurovision facts that will make you feel really old in 2018 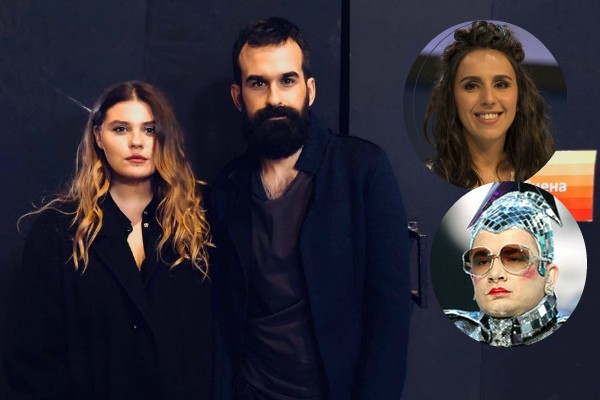 Kirkorov himself said during Baku interview that her story is over now and its time to move on by having Russia select a really credible artist who can follow up on Polina and Sergey.

when you gonna learn that Russia used that poor girl just to mess with Ukraine last year, its soo obvious that its not even funny …

She won’t win. Only Belarus, Azerbaijan and a few other countries would push her to the finals, but she won’t win.

I really hope they won’t send her. I hate when artists get by on sob stories rather than talent.

If Yulia represents Russia this year, I also hope that her entry for Lisbon will have a music video and that she’ll sing in Russian. 🙂

That actually would be nice if she sung in Russian. Good idea.

Seconded. The fact, that there still is no russian version of “Flame Is Burning”, irritates me more than the delay in her official confirmation.

In case anyone interested, here’ s her live singing on “Flame is burning”
https://www.youtube.com/watch?v=KktfehmHrcw

Russia should return with a bang next year and select one of their biggest stars, not someone like yulia who will sing a boring ballad and might not even qualify

Perhaps she’d be given an uptempo dance track, in Russian.

of course not. She would bring another dull english ballad about peace

There are always commenters who suspect Russia of doing wicked things on some dirty purpose whatever Russia does.
Julia will represent Russia in Lisbon for sure, don’t even doubt, but it won’t change anything in the attitude towardis the country. Russia will be “guilty” of something else.

On my the very naive still believe Yulia will return. ?

I’m almost certain that Russia just used her as a sacrificial lamb and only chose her for 2017 to make Ukraine look bad.
If Julia doesn’t represent Russia in Lisbon then it’s proven that Russia was just trying to cause controversy in 2017 and deserves no sympathy.

True! My country is not loved I know, but you are right!!! I am disgusted by my country!!

I literally just watched this video five minutes before you tweeted out the link to this article! Crazy.

Unfortunately, I’m thinking that Russia won’t send her, but I sure wish they would. They promised, after all.

Russia will send her, don’t even doubt.

Apparently they will, but it isn’t confirmed yet, as far as I know.

She is the representative, everyone in Russia knows that. I don’t know when they are going to officially announce that, but she definitely will represent the country in Lisbon. That’s for sure.

Hope that she will finally get called by the russian broadcaster & go to Lisbon!