The results are in! After more than 2,100 votes were cast, Alexia & Matei are your favourite act to win tonight’s Semi-final 1 of Romania‘s Selectia Nationala. Alex Florea and Waleska were your second and third options — but will the national jury agree with our readers tonight? We will find out in a matter of hours!

On Monday, we asked you to vote for your favourites in our poll. Overall, 2,136 votes were cast. Here are your three favourite acts to win Selectia Nationala’s Semi-final 1 and advance to the National Final on 25 February.

With 31.51% of the votes, Alexia & Matei should be “Walking On Water” straight to the National Final tonight. The duo got 673 votes from our readers and are the clear winners of our poll.

Fans showered the two teenagers with praise after their live audition back in December. Their song “Walking On Water” has also gotten the video treatment.

2. Alex Florea – “Nobody Told Me It Would Hurt”

Alex Florea needs no introduction. Romania’s 2017 representative (next to Ilinca Bacila, who will judge his performance from the jury’s stand) returns this year with a ballad, which showcases his vocal abilities more than “Yodel It!” ever could.

Clearly, y’all think this is a new and improved Alex Florea, and that support comes to 344 votes. Ranking in second place with 16.10% of the total, his ballad “Nobody Told Me It Would Hurt” should sail to the National Final.

In third place we find Waleska and her little dance number “Reborn”. Little is know about the Mexican singer, who’s come out of nowhere to grab 289 votes (13.53%). Wig!

Do you agree with our readers’ choices? Any surprises? Sound off below!

Semi-final 1 of Selectia Nationala 2018 will be broadcast from the Municipal Theatre of Focsani, starting at 20:00 CET on TVR 1, TVR International, TVR Moldova and online on TVR Plus. It will also be broadcast on YouTube here.

The show will be hosted by Diana Dumitrescu and Cezar Ouatu. We’ll also see an interval performance by Eurovision star Luminita Anghel!

During the show, the national jury will select three acts to advance to the National Final on 25 February, where the winner will be chosen by the viewers. Over the weekend, TVR announced that the venue chosen for the final is Bucharest’s Sala Polivalenta, a sports and concert hall with a 5,300-seat capacity.

One thing to note is that Tom Hartis, who was supposed to compete tonight as well, announced this morning that he had to withdraw because of health reasons. He is hoping that TVR will allow him to perform in a different semi-final.

Will you be watching tonight? Who are you most excited for? Let us know in the comments! 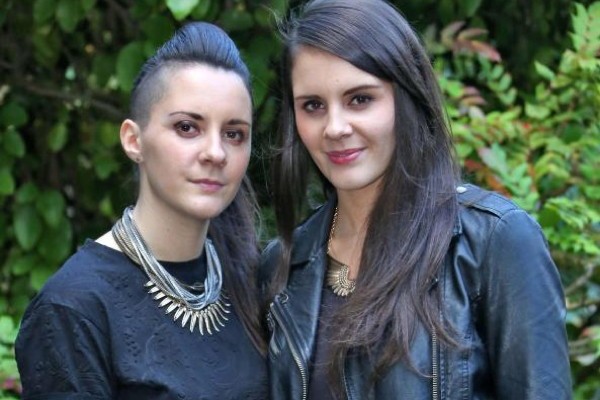 Only 3(!) songs out of the 12 will get the ticket for the Final! :O
I will listen the songs for the first time in the live broadacst tonight…
Like i did yesterday with France.

Most probably Alexia and Matei will easily get through, however I doubt that Alex Florea and Waleska have any chances. I would go for Eduard Santha and maybe Johnny Badulescu as the other 2 options, with Santha having everything needed for a final, I really don’t see any reason why he shouldn’t qualify, from vocal qualities, most probably a good show and a very original entry.

After the live show, I would say that Echoes could steal Johnny’s place in the final. Alexia & Matei still certain for the final and Santha, in my opinion, stole it and could even win the semi-final with the juries.

I am sorry to hear that Tom Hartis is ill and won’t be able to compete. I hope they will let him compete in a different semi. If not, I still wish him to recover and return in 2019 for another try.

Tonight, I am supporting whoever is the best in live. So far, Johnny Badulescu, Alexia and Matei, and Hellen had the best songs.

CornEL!! Make me believe i was never alone in supporting him

Why this SF wasn’t mentioned on your Calendar page? @@

Waleska was one of the ones that I enjoyed on my marathon through the 60 songs. Jukebox and Bernice Chitiul were the others.