But ahead of next Monday’s reveal, the broadcaster has today announced that Mikolas won the jury vote with his toe-tapping track “Lie to Me”.

He and the other five artists were judged by an international jury comprised solely of former Eurovision contestants, including several acts from the most recent edition of the contest. Indeed, eight of the 10 jury spots were filled by artists who sang at the contest in 2016 or 2017.

Speaking on Facebook, a Czech official explained that Mikolas won the jury vote with 68 points. The jury points for the other artists will not be revealed until January 29, when the televote (which is now closed) is also revealed along with the total scores.

We know from the rules that jurors awarded first place eight points, second place six points, and then the remaining songs four, three, two and one points each. Given that Mikolas averaged nearly 7 points per juror, he seems to have done very well indeed.

The 22-year-old star recently sat down with wiwibloggs for his first English-language interview. Among other things, he discussed the songwriting process behind his hit, his saucy lyrics, what it was like working with THAT camel in his music video and the fact he was offered Martina Barta’s Eurovision 2017 song “My Turn”.

“I’m really happy that the nationals are going on,” he said. “The last time the nationals went on was in 2008. You can feel the vibe. You can feel that people think differently about Eurovision now here in the country because there is a lot of competition going on. You can switch the radio on and hear people talking about it. It pushes the standard higher and motivates people to do better.”

He’s the runaway favourite in our poll and has enjoyed a wave of support on social media. But he doesn’t want to think of this as a matter of winners and losers.

“I’m trying not to look at Eurovision as a competition, because honestly I think it’s more about people and nations getting together and trying to push each other further…I’m trying to really take it easy on the competition. I’m just here to have fun and see what happens.”

“Most of the people I know from the nationals are my friends. We’re just there hanging out. We’re not trying to take it seriously or go against each other somehow. This is music. You cannot be so competitive about it or it ruins it.”

His song was a long time coming.

“I remember having the first demo version last year on October the 8th. I remember sending it to some friends of mine. It’s been a year that I had it in my pocket and I just waited to release it. Honestly, I enjoyed working on ‘Lie to Me’ the most so far. You never know what’s going to end up on the radio, but I know I enjoyed every second that I worked on it. It was good to finally do something dance-y and really positive.”

Are you excited that he won the jury vote? Do you think he’ll do as well in the televote? Let us know down below!

Poll: Who should win the Czech Republic’s ‘Eurovision Song CZ’? 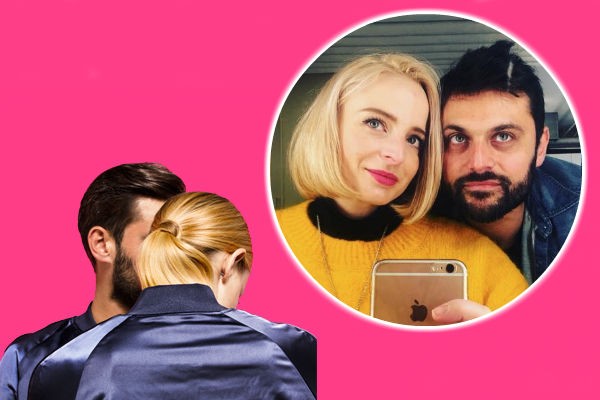 I’ve just ‘died’ to know that there was a song like FLY in this NF….

Please lie to me that there was another winner…

A camel? really? ridiculous. It’s only a matter of time until ESC acts start bringing zebras and cows on stage. They do this to distract people from the bad quality of the song. Mark my words.

I like it, but I would like to see a proper live performance before casting my vote for it. French semifinals showed us what happened to Louka and June the Girl, for example.

Lie to me is the only great choice for Czech Republic this year. Others are good but this is *FANTASTIC*

I find this whole process weird because I have not heard any of these songs live.
How can people be voting on songs without knowing if the artists can pull this off?!!??
I think LIE TO ME is definitely the best song, I just hope he’s more Nadav Golden Boy performer than Eduard Romanyuta I Want Your Love.
If it’s not a hot mess on stage, I think it’ll be an easy qualifier

Mikolas already performed it on stage live and he was good – he even performed acoustic version and it sounded great.

He only performed it in acoustic, not LIVE.

He performed it live at Czech Blog Awards (czech version of Streamy Awards) and it was ok. Unplugged version of Eva Burešová’s song “Fly” on the other hand was AMAZING!!????

So they don’t actually perform the songs live in a national final in the traditional sense? Or am I missing something?

I disagree with the idea that the jury will murder this song. Yes, the jury tends to favor ballads (especially sung well), but “Lie to Me” is NOT your generic pop-dance track that usually gets hurt by the juries. Look at last year, JOWST from Norway did very well with the juries. Love it or hate it (I love it lol), “Lie to Me” is not generic in the least and so I can see the juries being neutral or even friendly to it. As someone else mentioned below, the betting odds are interesting. Czechia has never been in the… Read more »

Yes. Grab the Moment is probably the best example for this song.

Great song. Czech Republic would absolutely make the final with this

I don’t understand why people are excited by this, in terms of getting a result for Czech Republic he’s not their best choice. The older jurys at Eurovision won’t appreciate this and Czech Republic is by far one of the worst countries for televoting points no matter what they enter, they need something that has wider appeal like Eva or Pavel’s songs to get jury points and then hope they get enough televote points just to push them through

Or, they can vy for that Zoe appeal. Austria was never a televote friendly country historically, but Zoe in 2016 made a 180 and had people from all around on her side.

This would be a nice change of pace for Czechia, as well as being nice to have a self-written song for a change

If people cared of sending a good song more than they cared about the result, we would have a much better contest!

That’s the issue though. This is not a good song.

The problem is, they tried too hard to imitate radio-friendly music from America, which is exactly the opposite from what does well at the Eurovision. Whatever they’re sending will have a hard time qualifying this year.

He has the televote in the bag, it was the jury that could’ve been less enthusiastic, I know the jury and the system will be different at Eurovision, and the competition will obvs be stronger but this does bode well for him.

This is what Czech Republic needs!

Another Eduard Romanyuta type of flop

Eduard had a cheesy oldschool song “Lie to Me” instead is a modern song that has a good rhythm.

modern? his song is dated.

I am drowning in tea. Another panned cringefest incoming.

Eduard Romanyuta was very close to qualifying though and Lie to Me is better than I want your Love. This song should get Czech Republic to the Final.

What a strange way to announce the results :
– give the information of jury votes 6 days before the final announcement.

Why don’t give all information the same time ?
What is the advantage to do it this way ?

This appears messy to me.

I think the idea is that at this stage, fans of other songs might get behind their artist and encourage more people to vote. All the voting is free, so it’s not like it means more income for the broadcaster, though!

But voting is already closed – yesterday was the last day anyone could vote.

yes, it’s what I understood and thus, the reason I don’t understand the benefit of saying Mikolas won Jury vote….

If he won also Televote, why not say it now,
if he loose finally by a different televote choice, this is just rude to give hope to Mikolas or his support public….

68 points. Judging from the point scoring discussed in the article it would appear the Mikolas missed out of 100% of possible votes by just 12 points.

Omg, please stop writing things like “this is a copy of Jason Derulo”. it is not true! Lie to me is original, cool songs.. 😉

Less of a copy than most things I’ve heard in the last few years. Rather fresh, actually.

If that’s fresh to you you then i dont wanna know what’s on your playlist.

This means that another participant must have gotten close to 60 points too.
Or Two of them got 50+ points
But it’s nearly implausible for me to think that He won’t win the televote.None of the other songs up for selection charted in Czech Republic I think.

At the least, Mikolas got 8 points from four jurors and 6 points from the other six. But we know that it’s never that clear. So I predict that least three jurors didn’t rank Mikolas in their top 2.

Congratulations for unofficial reveal of the Czech entrant on ESC 2018. Let’s be honest, if the juries picked him, what are the chances of televote going the other way?* It will be a divisive, but definitely noted song! While the song has really spicy and controversial lyrics, Mikolas sounds like a nice chap judging by his comments. So, yeah, all the best to him and usually underrated Czech Republic. * It is a small possibility of Mikolas pulling a ”Tatiana”, though. (Called after Ukrainian 2017 finalist Tatiana who was thought to be a public vote favorite, only to win jury… Read more »

And jury probably only voted for Tayanna because they didn’t want to ruin her chances as a public favourite… or at least as a person who seemed to be. Only later it transpired that it was Mélovin who was the public favourite all along.

This whole process is useless. Everyone knows who will win, and yet the announcement is delayed more and more.

YES! I voted for him on the Eurovision app, though will it count? I’m from UK not Czech Republic

It wont count, only votes from Czech Republic count…

No, only Czech votes count.

It would be the best choice for Czech Republic, as it’s almost certain, that Mikolas would bring the best result ever(Which isn’t difficult since place 25 in the final isn’t a real challenge unless you’re Germany lol.). I can tell you, if Lie to me goes to Eurovision, I’ll happily vote for my neighbours, greetings from Germany and congratulations for your great song <3 ^^

Yeess!! I just hope the public voted for him and we get to see him at Eurovision 2018!