She flew the French flag with pride in 2017. And tomorrow night, Alma will be on set at Destination Eurovision 2018 to pass the baton over to her successor.

The “Requiem” songstress replaces her Eurovision predecessor Amir on the in-house jury. And she won’t be the only big name to drop by the studio on Saturday.

Alma will take up her seat on the judging panel alongside series regulars Isabelle Boulay and Christophe Willem. And while Amir may have upset certain fans when his semi-final one points sent Louka to the final ahead of Noée, his absence is completely unrelated to his judging decisions.

Taking to Twitter, the “J’ai cherché” hitmaker explained that he had prior work commitments. He’s a busy man y’all!

However, unlike in weeks one and two, the Francophone panel will only provide guidance and critique. Their voting powers (50%) are being taken over by the public watching at home.

The international jury will continue to hold the remaining 50% of points. Their numbers will rise from three to ten, with delegation representatives from Bulgaria, Armenia, Switzerland, Russia, Israel, Finland and Iceland joining Sweden, Belarus and Italy.

As with the semi-finals, the grand final is set to run for two and a half hours. In the semis, the contestants filled out the time with covers of well known hits. And they’ll do so once more in the final, albeit with a glamorous twist.

Similar to The X Factor, each of the eight contestants will duet with an established pop act. And producers have managed to draft in some impressive guests. Standout names include rapper Maître Gims, Eurovision 1993’s Patrick Fiori and singer Nolwenn Leroy.

One of the stars, Slimane, already has his eyes on 2019. Speaking to 20 Minutes, the man credited with discovering Emmy confirmed that he would love to write a future Eurovision hit.

Are you excited for the Destination Eurovision final? Who is your favourite to win? And are you happy to see Alma return? Let us know in the comments below. 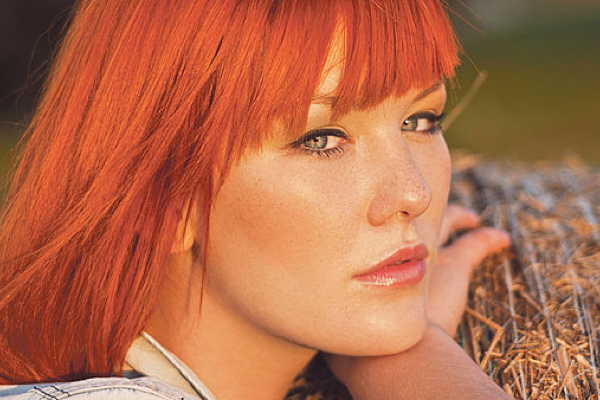 I think the best three songs for France to get the best results is Emmy, Madame Monsieur, or Lisandro, any one of these artists will give France a top 10 definitely. But my favourites from listening only once is Madame Monsieur and Lisandro.
And I think France is a big threat this year and I’m kind of worried for how good these songs are.
Good luck France From the Uk

I like the idea of having duets with established artists. They do the same thing on “The voice” close to the final. You see another aspect of their music personality. It’s brilliant they got for ex. Gipsy kings and Patrick Fiori to sing in the final!

Obviously Louka will sing with Maître Gims and Emmy Liyana with Slimane. Looking forward to these two. And YES about Slimane in Eurovision! Totally with him!

Let’s enjoy the night and may the best one win!

Is there any live stream link?? And at what time this begins??

Rooting for Nassi and Malo. But i know the french racists wouldn’t send an “arab” even if he was amazing or the Israeli guy, nope. I read a few comments and i know how things work in french society. Ironically, they’ll choose the humanist song supporting immigrants,etc. Emmy is one of the best, cant wait to see her.

French racists, xenophobes will have their way, as usual. Igit is quite classy and has a decent song, i hope he stands a chance.

French racists, xenophobes will have their way, as usual. Igit is quite classy and has a decent song, i hope he stands a chance.

Mercy France for wanting to be last
Reply to  Juka

If French were xenophobes, they wouldn’t want Mercy. They want the song Mercy, especially because they are not xenophobes, but somebody has to be last. Rank 26 needs to belong to somebody. Go France, save the Europe countries from being last. Send Mercy to take the glory of rank 26.

Jonas
Reply to  Mercy France for wanting to be last

Amir is French-Israeli and France seem to have taken him to their hearts, so…perhaps there aren’t as many xenophobes as you think. Enough with tarring everyone with the same brush.

Juka
Reply to  Mercy France for wanting to be last

Why wouldnt they want Mercy? she’s a white girl. Why do you think everyone is so against Lisandro? smh

SEND mercy and be 20 at max. Amir does not have arab origin lmao israelis dont have bad reputation in france.

It was you who mentioned Israelis to begin with, so you seem to be backtracking now. A mistake to engage with you. Bye!

At least it’s not Sanremo long

The draw is out and the 4 favourites have been put one after the other:

This might cancel their impact a bit except for probably Lisandro!As soon as the draw came out the odds of Lisandro winning increased and that of Madame Monsieur have dropped!Lisandro is now the predicted winner by bookmakers

Where are you seeing this stuff?

Nassi is not a favourite to win.

The song is a favourite amongst the voters….. he was leading most YouTube tops.

Just judging by the running order, Malo’s chances are increased, as he closes the evening.

Judging by the previous jury results, it’s between Lisandro Cuxi and Madame Monsieur.

But now we have televote and that also raises the question on who is the biggest star in France?

Yes the odds for both of them fell though but emmy had a bigger fall than Malo and he is now 3rd and emmy is Down to 4th.

I’m not absolutely certain the celebrity duets will have an impact on the voting, since people will mostly be tuning in to hear how well the Eurovision songs are performed compared to the semis. That being said, I still hope Madame Monsieur win the whole thing

We have 3 Nordic juries in voting, but we don’t have from ex Yugoslavia countries(Serbia,Croatia,Slovenia,Macedonia,Montengro), no one from Central Europe ( Austria, Hungary,Czec Republic)…

It’s funny they have an international jury of 10 countries but they couldn’t choose one to be english speaking (uk, ireland, malta, australia), when they have songs with english lyrics, yet they have both russia and belarus

Depends on who they could get.

You all (y’all?) gotta remember that this is for television, so the primary aim of the show is to get those viewing figures coming in. Hence the duets, and the long format. As for Amir’s busy schedule, I’m happy that he’s having a successful career, although I can just hear those producers moaning to managers over this. However, Alma is even more awesome in my opinion, so they shouldn’t really be complaining too loudly. 😀 Enjoy the show tomorrow. I have my own show earlier in the day, but I hope to be home by 7pm UK time to watch… Read more »

Oops. Correction: The show is TODAY now. It has passed midnight!

Why is Amir getting replaced but not Isabelle and Christophe? They already issued their opinion on the songs. I want to hear other musicians’ opinions. It’s not like they get to vote this time around anyway.

Amir is only being replaced because of existing work commitments. Isabelle and Christophe obviously weren’t double booked.

”And while Amir may have upset certain fans when his semi-final one points sent Louka to the final ahead of Noée, his absence is completely unrelated to his judging decisions.”

Really? What is the point of having jury if they are out because of their decisions? The ”he had prior work” is the eternal excuse. He probably received enough money to go and not make a drama like in Belarus or other countries.

I’m confused. What is your point? The text you quoted explicitly says he is NOT out due to his decisions. I think you’re getting mixed up.

Gipsy king is the only one invited here that is international, it’s a very good thing for Nassi, 😉

really? can you elaborate please?

It can have a good impact on the international jurors

and his place in the running orders is very good too.

The Gipsy Kings are from Montpellier, France.

Have a look at my spanish nf top 3? 🙂
https://www.youtube.com/watch?v=4oaFJzoUA_I

Garou and Patrick Fiori in the same place at the same time…just need one more!

Having Maitre Gims on the show could generate a lot of votes for Louka… He is a massive name. He could yet steal this! :O

even in a scenario in which he wins the televote (lol), there is no way the juries let this happen

He got the final because of the jury… If he improves vocally he could still do well. I personally would prefer him to Madame Monsieur. I still think Lisandro will probably win though.

Mamma Mia is a dog’s breakfast of a song

Merci or Ok ou Ko for the win, c’mon France.
And welcome Alma, our French beauty.

Before y’all start to complain about the duets, just remember that the show is not made for you but for french viewers (that are not used to national finals).
They need this for good ratings.