Romania’s Selectia Nationala 2018 continued tonight, with the second semi-final in Timisoara. Twelve more acts competed for one of just three spots in the final. This week’s qualifiers were Jukebox & Bella Santiago, Rafael & Friends and M I H A I!

Once again, the fate of the acts was in the hands of the jury. The jury was once again made up of five members: Ilinca Bacila, songwriter Viorel Gavrila, rocker Marian Ionescu, guitarist Nicu Patoi and lyricist Liliana Stefan.

Have a look at who made it through to the final below:

Jury chairman Viorel Gavrila particularly complimented Bella for her performance. He explained that she proved it was possible to sing in Romanian at Selectia Nationala and still sound amazing – even though she’s actually Filipina.

A surprise result based on our poll, where they only placed 10th with our readers, Rafael & Friends qualify with “We Are One”. Rafael received 40 points with the jury.

In his ninth attempt at representing Romania, M I H A I once again has made the Selectia Nationala final. He’ll bring “Heaven” to Bucharest after getting a score of 39 points from the jury.

Surprisingly, our readers’ favourite Serena failed to make the final with “Safari”. Despite getting some praise from the jury — Ilinca was said to want to “dance on the table” during the performance — that didn’t translate to enough points. 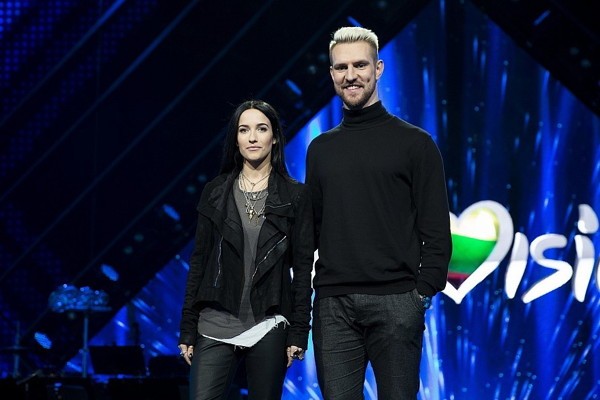 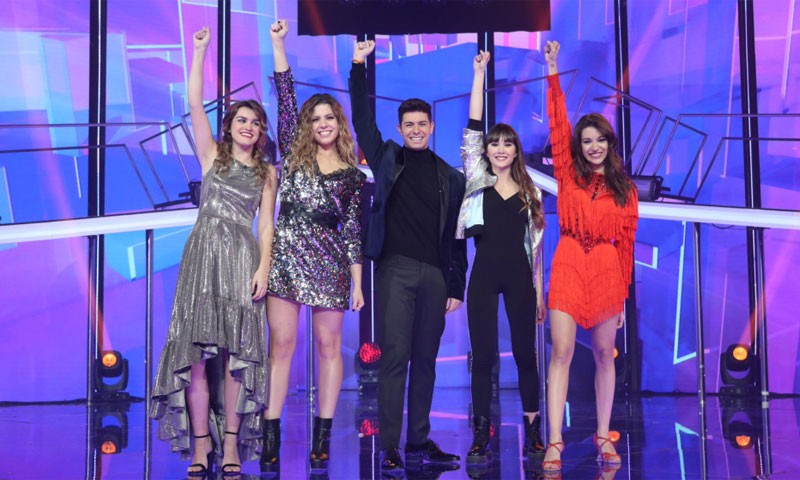 Serena wasn’t good at all. About the qualifiers: Jukebox feat. Bella Santiago: really good song. Reminds me of “Petale” last year. Really liked that too. However, I’m not sure it would do well at Eurovision. RAFAEL & Friends: I don’t like it. How did this qualifiy? M I H A I: Ok, we know he can sing and thesong is very good. However, I don’t think it’s original because it’s clearly similar to Kristian’s last year. I want Mihai to come with sth original, which showcases his voice and make us all be like “WOW”. That’s what I expect from… Read more »

I’m shocked Serena is out…..

same i am so pissed

I don’t belive that Safari it’s out. 4 of the juries are made by composers from the 80. And I know that the Eurovision is a contest where you need to chouse the best song not the best live performance with a bad song . Romania will never send a good song till those fossils are gone

There are much more elements to take into account. You all criticize the juries for not choosing a good song sang bad, but you all are not able to realize that the studio version that excited you so much is impossible to be put on stage. The guy for instance, had to do live, only with his voic, electronical modified sounds, not to mention that I doubt he has strong vocals. And ok, I can agree that for a good song you accept a lower vocal because the song is promising and even the vocals could be improved until may,… Read more »

Really?? First France and now Romania!! very underwhelming start for the 2018 Eurovision season, it looks to a weak year! :'(

Strange jurization last evening. Ok, 2 songs were absolutely predictable to advance, they did it, totally deserved, even though I was surprised that MIHAI finished just in 3rd, under Rafael. Rafael’s qualification though… Very good voice (which is something, considering that it seems that there are half contestants per semifinal that can do a live performance), but the song is very weak. I won’t say that Serena was the one to miss the final, absolutely not, predictable result and she didn’t deserve anything more, but I would say that Endless for example would have been an option (just that the… Read more »

i do hope jukebox and bella wins the NF. it might test my jollibee Diaspora theory.

I’m pretty sick about diaspora theory regarding Romania. Ok, there were times when votes from 2 countries (Spain and Moldova) dominated for Romania. Today it remains Moldova, as Italy and Spain are starting to intentionally cancel televotes for Romania with the juries. But these are the countries where Romania has a big diaspora. For instance, last year Romania won the televote in Ireland. Don’t tell me that it was because of diaspora. There were somewhere at 36-37 countries from 43 that gave points for Romania in televotes, there are not that many countries at all at where could Romania reach… Read more »

semifinal 3 is so boring

Of course Mihai made it with his bland ass song.

Still one of the fewest that can sing something perfectly. It was all just about his voice, but that was pretty impressive. He won’t win Selectia Nationala, let’s see if he finishes top 5.

Safari was the most Expectations vs. Reality thing I’ve seen in a NF. The song is a bop, but the girl can’t sing, or dance, or dress for the song. This song needed a Rihanna, and she’s a girl at a drunken karaoke.

Who cares lol a bop is a bop, see Satellite. Lena can’t sing or dance but she delivered.

Lena had a ton of stage presence though

Well.. the diaspora theory is a little bit true but just helping us to get to the final a weak song (in rest Romania deserve most of his standings), by the way Aurelian we are in top 5 most immigrants in Ireland… but diaspora getting bored to vote (diaspora from Spain and Italy grew roots here and get bored to vote every year).

Serena is out? What a surprise. Not really. Just another cheap song overrated by fans which is nothing special with a weak performance.

The song is good…the performance not so much.

I totally agree. Not to mention that the live performance was totally different than the studio one, which didn’t impress me at all either.

Serena out? i hope Romania won’t qualify for the first time

^Both are interchangeable as Philippine languages are typically gender-neutral.

If UK will send the tribal Legends, maybe is not good for Romania to send tribal too, and Feli was disappointing too. Both Serena and Feli were disappointing live, like Jana Burceska from FYRMacedonia.
Here is Feli audition.
https://www.youtube.com/watch?v=_zIGL32f9QE

Is there any Wildcard or something to get Safari to the final? Best song by far!

I think i’m the only person who is happy right now.

No you are not. Safari is terrible in, every sense, and I knew it would flop and jukebox will win. See my previous post please.

:))) Not at all, there is just an impression that ‘Safari’ is a bop, it just excited some range of people. Not a chance in Eurovision even with a good vocalist. I am not totally happy though, the juries were strange, not that it would count too much as the 2 good performaces got through, but it is still worrying for the next semifinals.

Was I the only thinking that the vocal part inbetween Serena’s instrumental chorus sounded like they were saying “Taliban” which was completely off-putting for me….

I thought that Serena still did well enough to get through, especially against the weak field that we had here. Maybe I have bad taste, but only one of my four favorites got through (Jukebox) while two of my bottom four qualified. Oh well, I’m not too bothered because I never really got attached to any of them.

Endless ft. Maria were amongst the better performances…..

Surprising. I was hoping for Lightning strikes and Safari to get through. With regards Serena’s selection, I feel how I felt about Emma’s non-selection last year in Finland. Even with a not-so-perfect vocal performance and as long as the artist is not completely tone-deaf, I think juries and voters should show a little more imagination and push them through to an extent based on the strength of the song itself (especially when there is not an overwhelming alternative). Serena getting eliminated at the semi-final stage just sounds a little ridiculous!

Ok, I just watched Serena’s performance right now, and I have to admit that it wasn’t surely the best she could offer, but she definitely deserved the final. Are you ok, Romania?! You had one of the best songs of the 2018 season, and you did not even allow it to compete in the final?
Now, I only hope that Walking on water will win, otherwise say ciao to the final, Romania!!

Damn, all fan faves are so far disappointments – Alexia & Matei got through, although their performance was lacking, but Serena sank like a lead baloon.

s/got through/won the semi/ TBF. Though I’m sure the reason for that is named ‘Mihai Alexandru’.

But random rock group has to make it through in each semi and MIHAI was passed just based on name!!
Gonna be supporting jukebox and Bella now(originally 3)….my no.2 and 1 based on studio are out

the best one won i’m so happy omg that song from jukebox is gold, romania definitely has some gems and will continue their qualification row with such quality songs ! well done juries !

From what i read on social media Serena was bad live just bad.

Mihai getting a pass just because of his name, his songs goes nowhere, sorry.
I’m not a big fan of Safari, but Serena should be in the final, unless she was terrible live (I didn’t watch it), or they are paving the way for Feli.

Just watch the live performance, it was horrible. Serena can’t sing and some crappy dancers turned the whole thing into something ridiculous.

It was good enough

By “corrupt,” you mean judges with ears. She was unfortunately terrible here and in that previous audition performance.