The Eurovision 2018 season received a much need kick-start this week when France’s Destination Eurovision 2018 ended with victory for Madame Monsieur and “Mercy”. This brought the current tally of confirmed acts and songs to two, the other being Albania’s Eugent Bushpepa with “Mall”. He earned the right to sing at Eurovision after winning Festivali i Këngës 56 in late December.

Lisbon may still be a long way off, but it only takes two to tango. And what a fierce dance it’s been!

We asked y’all to vote for your favourite Eurovision act so far, and a whooping 3,747 votes were cast in less than 24 hours.

Your Eurovision favourites on 29 January (2 acts)

Thankfully, this isn’t a battle to the death. Madame Monsieur live to fight another day. However, they’ll face even more additional adversaries. The Czech Republic’s search for its next Eurovision act later today, while Spain will pick its acts in the early hours of tomorrow morning. Afterwards, we’ll relaunch the poll to include the winning songs from both.

What do you think of the current standings? Does Albania deserve its number one placing? And perhaps more importantly, can they hold onto the much coveted top spot next time? Will the Czech Republic arrive with a bang and snatch poll position? Will Spain serve up some Eurodrama? Or could France sneak past all of them and claim the crown? Let us know below. 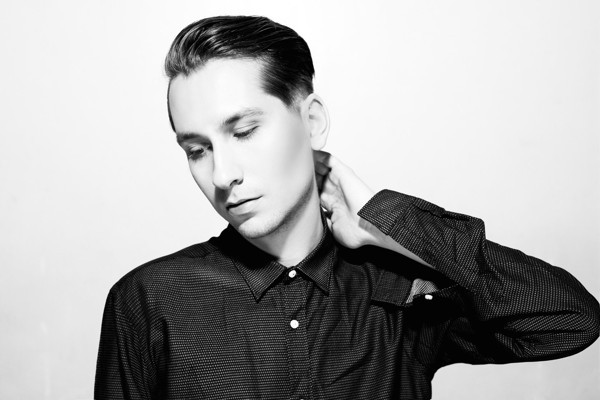 definitively Mall is much better then Mercy…hope Eugenti will be the winner!..

These early polls rarely have any relevance, so calm down Mercy fans. Tamara Gachechiladze & Nicky Byrne won them, and they didn’t exactly do well.

Love both songs but if I had to choose one I would choose Mall over Mercy just because of the melody.

Would all the haters like some Chips with your salt? Jheez, everyone calm down! It’s one poll. No need to go around hating on it just because your favourite didn’t win. Come on, that’s not the spirit of Eurovision is it? 😛

“Mercy” all the way!
“Mall” is really good too, so it’s a tough competition!

Same! “Mercy” is still great though.

Lol a poll with two songs! For what purpose?

Hahaha such a biased poll. All mercy haters voted for Albania… See you in May BITCHEZ!

“Mall” is a great song in its own right, and I find it genuinely difficult to choose between these two.

But please, remember that polls on this blog are never intended to be 100% serious. Remember “fun”? Fun used to be a common concept in the 20th Century. Nowadays I think it’s treated like a mental illness. Break the taboo, and have some fun! 😉

In the reaction video you accused Christer Björkman of having a strategy by giving Mercy only 2 points. I think this idea that Mercy is a masterpiece is going too far.
Christer Björkman gave Lisandro 12 points, and I saw Lisandro as a winner too.

Real winner and robbed: should imply televote winner who lost due to juries not to jury babies who weren’t winning the televote . The people’s choice is superior to jury

All “Mercy” haters voted for Albania, no matter the song is good or bad for them 😛

How many people voted for both songs?

It doesn’t matter. They cancel each other out. The percentages remain the same.

That’s the thinking Melfest fans have and ultimately their favourite doesn’t win!!

Mall is good but Mercy is way better

Yes, it is very year 2000. 🙂
No delete button; no edit button; random filters of posts for no obvious reason; no facility to flag comments for complaint. Moan, moan, moan.

I am sorry but this sounds like Donald Trump voters enthusiastically running to polls to destroy liberal , inclusive, tolerant competition.

Lol, so ridiculous. Confirms my hypothesis in a previous posts

What was your hypothesis?

We’re so proud. Albania all the way

Mercy. They’re just too adorable together on stage. They have such beautiful chemistry.

I like them both, long may this continue! (oh wait thd Spanish selection is today…). Mercy just wins it for me though. But I am thrilled that Albania has sent something so different to the last few years.

At least you can listen to “Mercy”. “Mall” is dreadful and I still fail to understand how the juries picked that crap over “Piedestal”

Exactly. I don’t trust this result at all.

Looks look I need to review my geneology. I am the one who voted for Albania but has not suspected any Albanian heritage in me so far. I just like the song, I like Eugent, I like rock. I didn’t not hate Mercy, I appreciate it too even though my favorite was Igit, but Albania this year would be above quite a few countries for me personally

Eugent posted the poll on his Facebook and obviously the fan flow turned the tables. He seems pretty engaged with the ESC blogs scene, which is good, since he may listen to our advice when coming up with the final version of the song.

lol is this true? If so, that’s funny. Was it one of the first songs to be released that year too?

The second song. I really liked it when it was released, but by the Eurovision week, I was so tired of it…

I think that it’s kinda obvious that mostly albanians voted for him. We all saw those comments from albanian users, didn’t we? I also like “Mall”, but “Mercy” is much better without a doubt.

What purpose does that serve?? If acts are following your blog , they should use it as a tool for feedback and serving as a barometer for the reception of their song!! The people he asked to vote for him can’t possibly vote for him in the actual contest and now the results are so skewed that the only good that could have come of the poll for him(judging where he stands) is lost too!! All of us know , his song whose final version we don’t even know will not receive more votes in an unbiased fan poll over… Read more »

It serves the purpose of driving more traffic to wiwibloggs and generating more money for them.

“without a doubt” lol

I really like both songs, but Mercy is the better one in my opinion.