In 2014 he finished runner-up as part of a duo, and now he’s returning to Eurovision to do things on his own terms. Of course, the Netherlands announced Waylon as its singer for Lisbon 2018 back in November.

Details regarding the song were kept to a minimum, but we now know a little bit more.

We still don’t know what the track will be called, although it will be taken from Waylon’s upcoming album The Word Can Wait. Pun intended?

The article also shared details of his upcoming Dutch tour. Meanwhile, Eurofans will be able to see him live at Eurovision in Concert.

But March 10 remains frustratingly far away. So as we wait, we’ve decided to trawl through Waylon’s back catalogue and to check out the songs that made him the singer he is today.

The songs of Waylon

Waylon’s first brush with Eurovision came in 2005. Together with Rachel Kramer from the band K-OTIC, he sung “Leven Als Een Beest” in the Dutch selection. The pair failed to reach the final with Glennis Grace winning the right to represent The Netherlands instead.

The crooner returned to Dutch TV screens in 2008, this time on the first edition of Holland’s Got Talent. He finished second in the final. However, it’s his initial audition that’s worth watching. These three minutes of TV gold sent Waylon’s star skyrocketing.

One year later, he became the first Dutch artist ever to sign with Universal Music’s Motown label. His first single “Wicked Way” broke the top ten in the Dutch hit parade.

Despite being portrayed as a very serious artist, one of Waylon’s better singles is “Happy Song”. Like his debut, it also performed well in the charts.

A second album soon followed. “The Escapist” was the standout track, showing once more Waylon’s strength at channelling emotion and passion through song.

Fast forward to 2014, and we find Waylon on the Eurovision stage with Ilse DeLange. Together they formed The Common Linnets. “Calm After The Storm” secured them second spot in the final, just behind Austria’s Conchita Wurst.

Despite all his English language efforts, Waylon still occasionally reverts to his natvie tongue. Along with cabaret performer Claudia de Breij he released the duet “Mis Je Zo Graag”. The track deals with  the theme of taking people for granted, and not realising how good they were until they are gone.

Last but not least in our quick rundown is “Jailbird”, a not so subtle diss track towards Ilse DeLange — the pair infamously fell out after Copenhagen. The lyrics reference several of her song titles while painting a story of someone who wants to break free.

Which Waylon song do you like best? Did we leave out one of your favourites? Are you excited for March 10? Let us know in the comments below. Latvia: Wiwi Jury reviews Ed Rallidae with “What I Had With You” 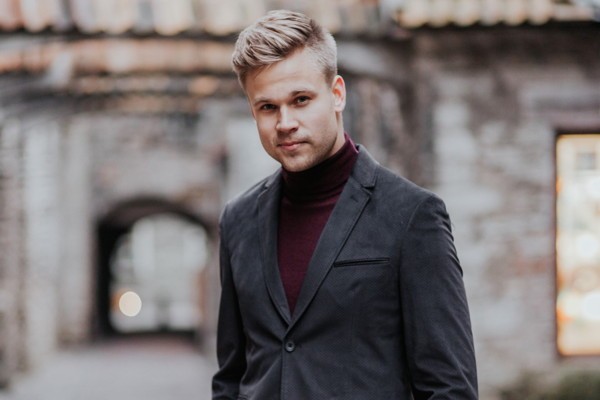 At the end of Februari, Waylon will release 5 songs at the talkshow De Wereld Draait Door. He’ll visit this show five days in a row and each day he will sing one song. One of those songs is going to be his Eurovision song.

Jailbird is a masterpiece, so i hope he reaches the level of that.

So excited too bad the song reveal is so far away but I have all trust in WAYLON his gonna make us proud?

I’m drunkenly in love with Love Drunk. Every pun intended