It’s our penultimate trip to the island of Malta for our Wiwi Jury. As we make the most of our last moments before Malta Eurovision Song Contest, our team of music un-professionals also turns to the act who’ll close the final: Petra.

Petra makes her return to MESC after last performing there in 2013. Her song, “Evolution”, is penned by Maltese songwriting legends, Elton Zarb and Muxu. Will she evolve her performance all the way to Eurovision? See our jury’s thoughts below:

Robyn: Petra gives good vocals — a decent soul sound with an edgy rasp. So it’s a real pity that “Evolution” is such a forgettable song. Whatever uplifting spirit is intended in its (sometimes bewildering) lyrics, it’s subdued by the flat, repetitive feeling of the music. Even the gospel choir does nothing to lift the song. This has been done better dozens of times before.

William: I feel like climbing under the sheets and screaming, “Why are you yelling at me?!” Petra can sing — no doubt — but this song just grates on my nerves and makes me feel like she’s sucking out any and all power I have left. The sparse production and rather hollow (if loud) production make this incredibly forgettable.

Deban: There are great ideas in “Evolution”, but the verses need tidying up. A fortunate rescue towards the end, the backing choir gives this number a much needed lift However, although Petra has a unique voice, she isn’t the most engaging performer.

Angus: For an empowerment anthem about starting revolutions, “Evolution” lacks power, despite Petra’s admittedly powerful voice. She goes through the motions of her leonesqse heart, belts out the lines, but it lacks emotion which robs it of the feeling this kind of song needs. Sadly, that means “Evolution” comes across as a cliche box-ticking exercise rather than a meaningful rallying cry to command attention and, more crucially at Eurovision, votes.

Jonathan: “Evolution” has several good points going for it – it’s dramatic and builds to a great uplifting chorus, despite the possible overuse of the lion roar sound effect. Unfortunately, Petra doesn’t seem to have that much personality in her lyric video. But this song requires a fire and passion for it to come across well on stage, so she’s going to need to bring it!

Luis: This entry is a trap. When it begins, the first beats, the roar and Petra’s vocals grab you, but then it becomes repetitive and monotonous. Also, what happens in Malta when it comes to the lyrics? “Evolution” is a perfect exponent of the problems of many MESC entries through the years: there are empowering lyrics, but they refer to no one in particular. You never know who’s the “we” that Petra talks about, and therefore it’s difficult to feel something other than indifference. Melodifestivalen 2018: Benjamin Ingrosso is the Deltävling 1 act you’re most excited for 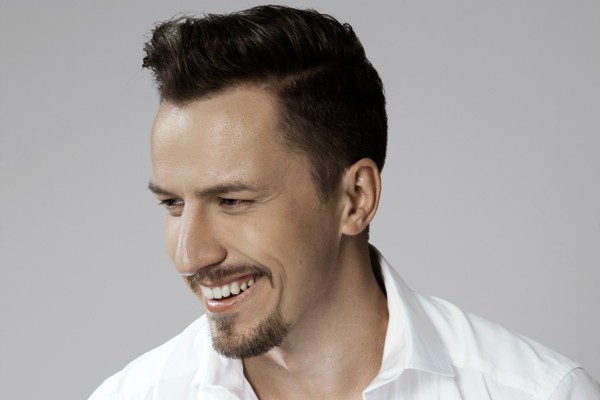 About the rhymes, all songs have to rhyme, don’t they?
The song itself is monotonous and unispired.
4/10

Ooo! I couldn’t wait to tear this song apart! Out of all MESC dumb lyrics this year, Evolution easily takes the cake! It’s so incredibly bad, even though it thinks it’s deep and poetic. The rhyming is SO BAD it actually hurts. The facts stated are also wrong. Just because evolution rhymes with revolution doesn’t mean it’s the same thing. Not by close. It doesn’t seem to know how bad it is, which makes it hilarious. We call it evolution When we break through the illusion We’ll start a revolution To make a solution For our polution To do an… Read more »

Oh, this is the song actually about a whole lot of rhymes. But it’s worse, because the Chorus is actually two ideas stitched together. It’s like an unsubtle patchwork with every patch being a different colour. Some might like it, but it’s not to my taste. Sorry. 3/10

Very monotous!! And to me it sounds like ‘Does Sweden know we got the power’.
Evolution- revolution- pollution….others tions

The rhyming is horrible.
Another boring, unoriginal, Maltese angry female song. Not exactly celebrating diversity this year, are we?