You’ve got to love a trier! Markus Riva returns to Latvia’s Supernova for the fourth time, hoping to be the country’s Eurovision representative. And this time, you have named him your favourite to win Supernova 2018!

Once all the songs were released, we asked y’all in a poll on January 19 who should win Supernova. With 4,999 votes cast in total, Markus was the clear winner. He picked up 2,121 votes with “This Time”.

Markus certainly has built up plenty of support. He’s a regular face on Latvian TV, hosting the first season of Latvia’s version of X Factor in 2017.

He’s even has his face printed on the side of Coke cans. Is “This Time” going to finally be his ticket to Eurovision?

Markus’ closest rival in the poll was MADARA, with “Esamiba”. The only song in Latvian in the entire competition, the song also leans heavily on MADARA’s impressive cello skills. With only one song to go, she’s also leading our Supernova Wiwi Jury. She received 600 votes overall.

And just behind MADARA comes Katrine Lukins. She returns to Supernova with “Running Red Lights”, complete with an impressive music video. Katrine got 582 votes from y’all, well clear of the pack behind her.

Of course, the live performances could change everything. Supernova 2018 kicks off tomorrow night, February 3, at 20:30 CET. The acts in the first semi-final are: Katrina Gupalo & The Black Birds, Rahu the Fool, DVINES, Agnese Stengrevics, Sudden Lights, Edgars Kreilis and Liene Greifane.

Who are you most looking forward to seeing perform? Do you think Markus would be a good choice for Latvia? Let us know all your thoughts in the comments section below! 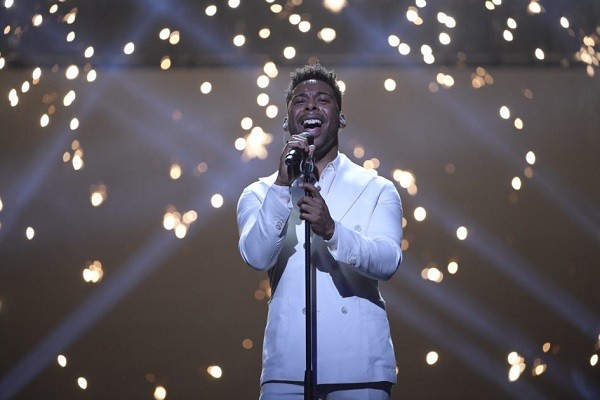 Melodifestivalen 2018: John Lundvik wins the audience poll ahead of the first semi-final

There’s no song in this NF that really stands out for me. I kinda like all songs in the top 5. I appreciate Markus’s determination and I like all the songs he entered in Supernova. I’m not sure though if he found the right one for Eurovision this year.
About “Esamiba”, I need to see it live to judge because now I like it but I’m not in love, it’s just a good song.

Well, polls recently have been proven to be inaccurate. Just remember all the Spaniards and the hype around Alfred and Amaia on main Eurovision poll. *no shade, just saying* So for more realistic song evaluations take a look at wiwi-jury rankings. 🙂

Madara is the obvious choice there. It stands out by a mile.

No way! It will never happen. Marcus has been participating for x amount of years and never have won. It ain’t happen this year as the song is not only bland, but also could not reach the final even for such a small country as Latvia.

THere are several good chances for other songs however. Madara, Monta and Ed sound like the most unique songs here.

I think that the poll should have been this way: 1st semi final winner, 2nd, 3rd and then the final winner. This way it would be based more on the live preformence, not on non-live songs.

I actually haven’t heard Riva’s one, but out of the ones I have, Esamiba is by far the best and I love how much it stands out. But I don’t know whether at Eurovision it’s going to stand out as something different like 1944 or Amar Pelos Dios, or even something high placing like Origo. I think Running Red Lights is a good song, a safer pick that could still do well in the competition. I’d be happy if either of them won, or a good track I haven’t heard

I’m kinda afraid Esamiba’s gonna be lumped with all those inevitable Salvadorclones (even though it’s *very* different kind of song than “Amar pelos dois”) and disregarded. But I still want it to win, because 1. It’s in Latvian; 2. I don’t care what people and juries think; 3. Safe choices are boring.

I think Latvia will do well at ESC with Esamiba. They are competing in the 2nd SF, which is the hardest. However, I think Madara’s song will stand out because most countries there usually send “noisy” songs: Sweden, Moldova, Romania, Ukraine and Russia (Yulia said she wants an upbeat song).
And ofc, the song itself is strong enough to succeed.

Jeez, what’s with all the Latvians here on Wiwibloggs trashing Markus? Jealous much? Show some class and respect. It’s a fair competition and no one deserves to be put down for taking part. The Supernova final will decide the one true winner, whether it’d be Markus Riva or not.

HAH! Markus is mediocre singer, good looks, ok voice, you can throw stone in any street of any capital in Europe, and chances are, you’ll hit two of them (and got sued).
MADARA, on another hand, is something new, beautiful, it’s special, it’s in Latvian, it’s song for finals and – if live performance goes well – even for very high score.

Again, Markus wouldn’t pass into Melodifest semis, no chance he would do anything remarkable in the ESC finals.

The hormones have voted, sad day for the ears. He is undeniably hot, but the song is just soooo…meh. Next time he joins, he should really pick a better song

So many fans of Madara, but you never think that this song frankly is from another genre of music? For me this should be great in some theatre as song. The song is ok, but do you imagine this in some regular Radio pop chart? Ask to some DJ are they ready to take this song and play with Chainsmokers or Justin Timmberlake? Doubts..

Not every song is or should be made to be played on the radios, 1944 is one of my favourite songs all time and it’s not radio-friendly at all. + Madara is way better than JT and Chainsmoker, who are the definition of mediocre.

If you want only “radio chart friendly songs”, go watch Melodifestivalen. And then die from overdose of plastic.

I don’t follow the Latvian NF so I don’t know if there is anything better (I hope so), but I think winning with that sloppy piece will do him more harm than good. No amount of sex-appeal can awaken this snoozy excuse for a song.

Sorry but no. MADARA or you’ll stay on SF

Madara or nothing! They’d be foolish to go another route.

Markus Riva? Serious? This trash?
I don’t get these polls… I so hope this won’t happen. Madara is the only reasonable choice. They do have a few nice songs in Supernova (Laura Rizzotto f. ex.), but except Madara, no one has any chances of getting anywhere near the final.

Madara should win the whole thing!

I really hope it won’t be Markus this year. He’s talented, but the songs he enters in Supernova are below him and very beige. If he comes back next year with a better song he has my full support, but for 2018 I’m hoping Latvia will send MADARA or Katrine.