Bottles of Italian sparkling wine, slices of pizza and comfy sofas are all set up. And all of Italy is ready to turn on its tv screens to follow the 68th edition of Sanremo Music Festival, starting Tuesday 6 February.

Five nights in a row, twenty contestants, one winner. But there’s more in the pot! As tradition requires, tons of other artists are going to hit the Ariston Theatre stage as special guests to sing their hearts out… and promote their works.

Eurovision fans have a good reason to tune in on Wednesday 7 because Il Volo will return to where it all began.

In 2015 the trio of Italian stallions conquered Sanremo with their hit “Grande Amore“. Later they accepted the right to represent Italy at Eurovision 2015 in Vienna, where they ended third, scooping up 366 points with the televote.

WHICH SANREMO 2018 ACT ARE YOU MOST EXCITED ABOUT? VOTE HERE

Nostalgics will surely remember Gianni Morandi, who represented Italy at Eurovision 1970 in Amsterdam with “Occhi di ragazza“. He is still on top, counting 2.5 million fans on his very active Facebook page. He recently gained three platinum discs for “Volare“, a collaboration with Fabio Rovazzi.

The latter has recently teamed up with Eurovision 2013 star Marco Mengoni to sing “Come neve“. Will we see both on stage? The rumour has not been confirmed yet but it could be the surprise of the evening as the two have still not sung the song live on tv.

There’s also space for International singers. At the time of writing only three names have been announced. English songwriter Sting and Jamaican rapper Shaggy are going to present their recent single “Don’t make me wait“, while American legend James Taylor will probably pay tribute to Italy singing a famous Italian song. 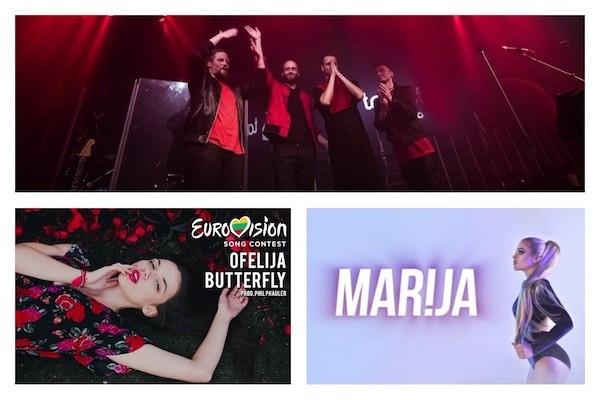 It’s so great to see a Eurovision related event with a live orchestra. Can’t wait!

So excited! Really looking forward to watch them on Wednesday!