The winner of this vote was the trio of Nikoletta Szoke, Attila Kökény and Róbert Szakcsi Lakatos who earned 44 points for their song “Életre kel”. In second place was televote favourite Tamás Horváth on 42 points.

Tied in third placed was Maszkura és a tücsökraj and Ham ko Ham, both on 38 points. Following closely in fifth place was the duet of Cintia Horváth & Tomi Balogh with 37 points.

The sixth qualifier was selected by a second round of public voting. The public didn’t agree with the results of the first round — the sixth spot went to Roland Gulyás who had previously placed eighth in the first round.

We asked wiwibloggs readers who their favourite overall act was in A Dal 2018. Televote winner Tamás Horváth was the big favourite, as the most popular act from all A Dal 2018 contestants.

Of the other heat three acts, Reni Tolvai, #yeahla and Nova Prospect took the next three slots, but they all failed to make it to the semi-finals. The heat winner — Nikoletta Szoke, Attila Kökény and Róbert Szakcsi Lakatos

The 18 qualifiers from the heats of A Dal will square off in the semi-finals, starting next Saturday. 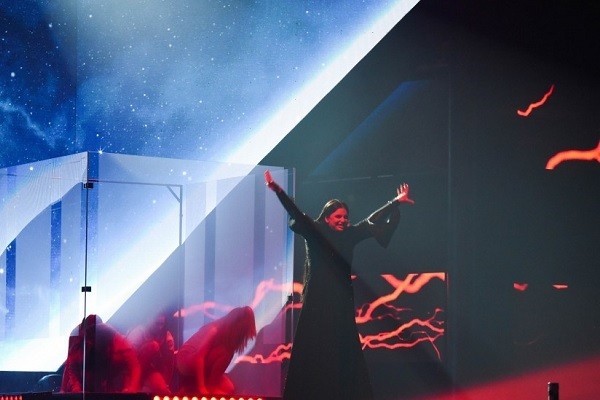 Horváth Tamás for the win!

Holding out for Meggyfa. It might need a punchier stage show besides two guys in sombreros(?) but it’s already got 2 million YouTube views so it’s got a following. Hungary’s got a good track record – a neat, catchy, local-sounding song could keep it going.

I don’t usually follow A Dal, but I did watch most of this heat. What a diverse selection of music this was! Ethnic traditional, rock, rap, pop… something for everyone here. That rap in “crack my code” was hilarious!
Interesting qualifiers. Not who I would have chosen, but then it was very close in terms of ability.

How on Earth did Maszkura és a tücsökraj qualify? It was the only performance I could not watch for the whole three minutes.

Still, AWS and Gergely got most points overall! PLEASE, let one of them eventually win. I like Meggyfa too, though, but these two are the best for me.

The live stream didn’t work for me so it was the first heat that I missed.
🙁

I still want AWS to win. My top would be: 1.AWS 2.Leander kills/ Danielfy Gergely 3.Yesyes/Horvath Tamas …. each of my 5 favourites could win, they’re all great. But I really want AWS :DD

Your top five are actually all pretty good choices!

Wtf the eliminated ones are the best ugh hungary

Tamás Horváth not as good as may possible in my opinion. We should send to Lisabon AWS!