The Wiwi Jury — our in-house panel of music unprofessionals — continues to review the 18 songs competing in Hungary’s national final A Dal 2018. Next we listen to AWS with “Viszlát nyár” and Gábor Heincz BIGA with “Good vibez”. Were we feeling any good vibes? Read on to find out?

Antranig: The opening bars remind me of Mor ve Ötesi’s “Deli” and while this may be a quality song, it doesn’t quite reach the same heights. The rock scene is certainly well represented on A Dal this year and while AWS are great, it is difficult to get behind them when Leander Kills is competing with a better rock song. This would be a quality rock entry for Hungary but they have better options.

Barnabas: This. Is. What. Hungary. Needs. For. Eurovision. And let’s get it straight: while some acts manage to set the stage on fire, these guys NUKED it! The elemental force in their music, the story behind the lyrics (the song was inspired by the death of the lead vocalist’s father), the anthemic choruses, the authenticity of the act, the honesty in the growls, EVERYTHING screams “Winner”! And finally, post-hardcore and metalcore deserve a shot at Eurovision. This is that shot.

Natalie: That old Hungarian rock strikes again! I have to say, though I’m not a connoisseur of this type of music, I did enjoy the energy of this song. I could really feel that this one had a spark. Even if it did feel quite unnecessarily shouty at times. I kinda feel that there are songs in the Hungarian selection which would look better in Lisbon, I wouldn’t be disappointed at all with this one, mixing up those genres is always fun!

Robyn: A Dal is really bringing the rock this year. AWS is amongst the best. They deliver the metal goods, with loads of theatrics, musicality and a killer chorus. Even the key change seems necessary and not a Eurovision gimmick. Every year there’s room for at least one good rock act at Eurovision, so if Hungary were feeling up to it, AWS would be a good match.

Sebastian: Straight up – I’m not a fan of heavy metal at all. However, what AWS do, they do well. The staging is powerful and slick, and doesn’t look too messy or carried away. Vocals are on point (I think), and overall this is a strong package for a national final entry. Should nothing else prove Eurovision-worthy in Hungary’s national final,  I’d rate “Viszlát nyár” a contender for Lisbon – mainly as a guinea pig for how this type of entry may score.

Antranig: This song takes a long time to get going before settling into its rhythm. Some parts of it are borderline creepy — it makes me want to tighten my suburb’s neighbourhood watch. Spelling vibes with a Z was cool two decades ago — which is also when this song should have been sent to Eurovision. This is a fun entry but definitely not a contender.

Barnabas: Well, we’ve just heard the potential radio hit of the show! This song has everything that a good pop song needs: lyrics that the masses can associate themselves with, a chilly arrangement with a sassy acoustic guitar, and of course, the earworm melody that makes you hum the song from the first listening. Last but not least, the live performance was the slickest I’ve witnessed in a Dal this year, and this guy is BORN to perform! He’s got the good vibez for sure!

Natalie: Ah, someone with no respect of Englizh spelling. I would say that I feel the good vibez of this song, it should be really relaxed and modern and chipper. But that’s destroyed by the fact that it really rubs me the wrong way. All you had to do was not make the lyrics incredibly annoying! Look, it did grow on me as it went on, but still can you seriously just keep it calm and simple without trying to burn thesauruses? Sigh. Next time, just keep things happy ok?

Robyn: Despite having the title written in front of me, I was merrily listening along, thinking he was singing about “riding the pipes”. Knowing the correct lyric does not improve the listening experience. “Good Vibez” is a dated ditty, the sort of thing that maybe worked at Eurovision a decade ago. But it will offer some welcome light relief amid the rock-heavy semi-finals.

Sebastian: Minus points for adding a ‘z’ where an ‘s’ would suffice. Apart from that cringe detail, “Good Vibez” is actually a pretty, easy-listening song that does engage well. Perhaps it is a little dated – but the lead singer is no spring-chicken, so perhaps he is channelling music from his time. That gives it an air of authenticity, which makes the song that little bit more enjoyable. 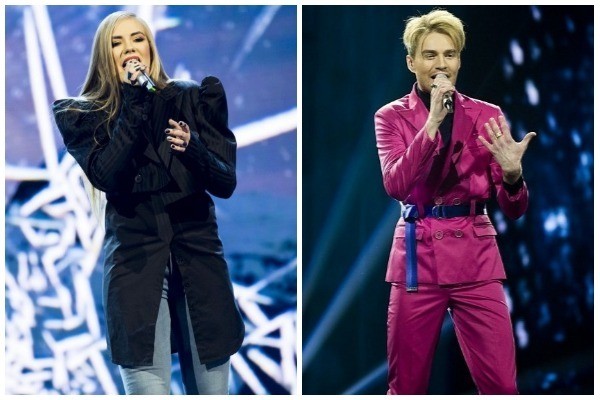 “Good Vibez” That’s really good vibes right here. I like the pace and the chorus is good, but it gets repetitive.
6/10

AWS : That’s not just rock, it must be hard rock. He sounds great but especially in the choruses it feels like he’s screaming. I’m afraid I can’t stand all 3 minutes.
4.5/10

I would vote Hungary if it send AWS. Im not a rock fan but this song is fantastic live. The guy storms the stage, huge voice, excelent staging good melody…screams winner. Hungary would be top 5 with AWS.

I totally agree with Barnabas here about AWS! (no surprise)
And I would also like to know, what do our fellow Hungarians think? Does AWS has the great support from you as they have from us outside?

We need rock. More rock! Send any of your rock bands Hungary please!!!

Vizlat nyar: 6/10 (don’t like such horrific screaming) but for fans of the genre it seems to have a good melody

AWS are the best!Hope they will win.

Viszlát nyár: I think if you’re going to send rock/metal to Eurovision, Viszlát nyár is the sort of thing you need to be sending. To me, at least, Leander Kills is a much higher-quality act but are not going to convince non-rock fans to vote. AWS get all sorts of people talking. There’s boundless energy there and the staging is already on-point. Not a bad choice. Good vibez: This guy looks far too old to be singing a song like this. Maybe a case of a tough paper round but hard to get over. Too mellow for the entire three… Read more »

Leander Kills’s song is a slower build. AWS set your house on fire and kick your cat into the front-yard apple tree before you can even take a breath. I love it. All of it. Please send it to Lisbon. 10/10

7.5 for AWS??? Oh my god, thank you wiwi Jury. I thought you were gonna tear it into peaces. I really think Hungary should send them…. I’d definitly vote for them.