Twenty acts are competing in Depi Evratetsil 2018, Armenia’s national final for Eurovision 2018. Over the coming days, the Wiwi Jury — our in-house panel of music unprofessionals — will listen to and review all the competing songs.

First up, we landed at Yerevan’s Zvartnots International Airport. After sampling the local lahmajoun and settling in, we sat down to review the first two entries hoping to represent Armenia at Eurovision 2018.

Our first taste of Armenian music features two bands consisting of five men each but with very different looks and sounds. Is this a formula for success for Armenia?

Alternativ – “Stare at Me”

“Stare at Me” reviews

Antranig: Alternativ provides an alternative type of song for Armenia which is inherently different from anything else in Depi Evratesil. Unfortunately, it’s also weaker than most of the national final. “Stare at Me” would be fun to listen to over dinner at a bar on a quiet weekday but as a Eurovision entry, it would not stand out. The biggest positive here is the vocals which leads me to think that the band could succeed with a different song.

Jonathan: “Stare at Me” is a nice little indie/rock track that is a pleasant listen. But ‘pleasant’ is also its downfall. It takes a while to get going, and even then, from the 1:35 mark onwards it seems to repeat the same thing for the rest of the song. I easily got distracted with other things while it was on, which isn’t great for a Eurovision entry that has to grab your attention and keep it for three minutes.

Luis: What’s exactly “alternative” about a boyband singing a mainstream pop-rock song? “Stare at Me” doesn’t bother, you could listen to it and even hum it at some point, but so you could with “Do It for Your Lover” and we know how that ended. This kind of composition, despite having very talented musicians backing it, fall too short for the bombastic show that Eurovision is.

Bernardo: Before anything else, this isn’t good enough for Eurovision. Now that we have that off the table, we can analyse “Stare at Me” for what it is, a pleasant yet not a memorable song. You enjoy the three minutes but once they finish you can’t remember the melody. Imagine this in the middle of 18 to 25 songs?! It wouldn’t stand out for any reason. It’s a decent composition and the lads sounds lovely though.

Robyn: This sounds like something out of the late-’90s guitar pop era, an inoffensive boy band with guitars. It’s done really well, but the guitar pop sound doesn’t exactly scream Armenia. It’s very pleasant but limited as a Eurovision entry.

Deban: “Stare At Me” is a mainstream pop song with a sprinkle of indie. It’s decent enough, but make no mistake — Alternativ are less chart-topping boyband, and more high school musical project.

Chris: It’s not hitting the heights of “Jan Jan”, but “Shogha” still brings some Armenian ethnic realness. Whether this will still sound as good live is another matter — flashbacks of Trio Mandili come hauntingly to mind. It’s not a winner, but it’s not a wasted three minutes.

Robyn: In a national final with just a little too many attempts at a “perfect Eurovision entry”, it’s so refreshing to find a group that are just doing their thing and doing it well. “Shogha” has a strong Armenian folk sound, but there are all sorts of more modern delights found lurking, hip-hop rhythm, layers of  ’80s brass. Lyrically, the song is repetitive, but the mad musicality keeps things fresh.

Bogdan: The mix of traditional and modern doesn’t work here. “Shoga” sounds like a poorly remixed song that wasn’t even that good to begin with it. It’s too repetitive and the many instruments thrown together makes it too crowded and distracting. The vocals are not impressive either. What a hot mess!

Cinan: This is like an interval act when Armenia win Eurovision. I love when folk music meets modern music, like Eurovision is all about, to share different cultures and I would love to hear some traditional sounds in every Eurovision entry. I wish them much success!

Natalie: Omg… that duduk. I love it when the Caucasus countries try to represent their culture. They don’t often, but when they do it really is a formula for success. This time, however, it all feels a bit weird. There’s less of an image of beautiful mountain ranges, more one of a cruise ship here, and it’s hard to believe that there’s a lot of emotion and thought packed into this song. I do expect a bit better from Gata Band.

Edd: It’s always wonderfully refreshing to hear national languages and instruments in Eurovision nowadays. However, this song appears to be so traditional that it almost comes off as cheap. Whilst the production in the introduction and middle-eight is very exciting, the beat and melody throughout the rest of the song is simply too repetitive, and the slightly off-time beat sounds unpleasant to my Western ears. 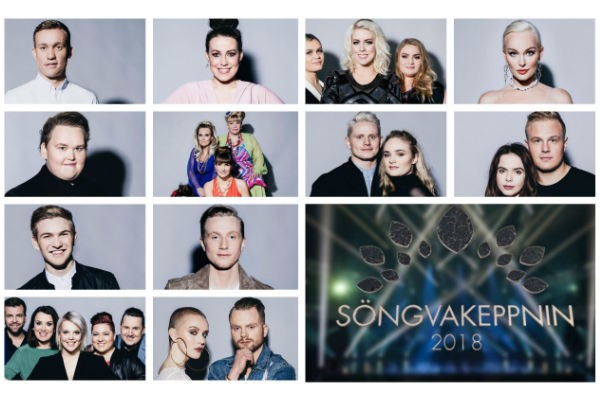 “Shogha”: clearly a traditional sound here. Such songs come alive live, so I’ll wait to see their performance. It’s not bad though. 5.5/10

Years ago when Jan Jan was released I remember how fans hated it usually describing it as “screaming witches “. And most of local fans called it “shame”. It took some time for Jan Jan to be understood so years later many ESC entrants called it their favorite esc entry like Mans and serbian entrant. Shogha is hardcore village folk but still my favorite entry of the selection. 10/12

@Avat – I remember that in 2009 Nor Par was not a favorite, but the clever staging and their outstanding vocal performance proved that an ethnic song can do very well in Eurovision even on one of the most competitive years. Nor Par is a timeless entry. Armenia can bring Nor Par to Eurovision 2018 and it would do just as well (if not better) than it did in 2009. Very few songs and performances can achieve that. With that said, Gata Band could have come up with something much much better and you can’t compare their entry to Nor… Read more »

Ron Jan 🙂 You just repeated what I said just added that Gate Band could bring something better. Theoretically all Armenian entrants could bring something better including Sisters who could submit “Gutan” which was by far better song. Anyways Shogha’s main problem is that it doesn’t correspond to certain criterias usually esc fans wank for in early ESC season : Sexy performers and standard western sounding pop stuff (Salvatore is a long and different story). Once again I can understand foreigners for whom Shogha may sound weird at first just like Jan Jan used to do but I really “don’t… Read more »

Avat, don’t worry. Our ET inhouse musicologist Anders gave ‘Shogha’ a 10-12/12. Have you seen it? And you know what it is like … if you fail miserably in online contests, as long as you get Anders’ 10 or 12, you still feel great. 🙂

Don’t like either honestly. Both songs are most likely going to stay in the semis

Both songs are by far better than couple of songs chosen so far (won’t mention it). At least they are enjoyable. As an Armenian I feel sad for Gata Bad but I can understand why it was ranked that undeservedly low.

Not Official Video – Waiting For The Sun /Amaliya Margaryan/
https://www.youtube.com/watch?v=CTKDioo5WMc&t=1s

Both songs are by far better than couple of songs chosen so far (won’t mention it). At least they are enjoyable. As an Armenian I feel sad for Gata Bad but I can understand why it was ranked that undeserved low.

Not Official Video – Waiting For The Sun /Amaliya Margaryan/
https://www.youtube.com/watch?v=CTKDioo5WMc&t=1s

I wish they took this song to Eurovision. It’s girgeous. Have a listen

Guys, who of you visited Armenia? There’s a huge WIWI fan club, I’m sure. We should have got together for a dinner or for sightseeing.