She’s the singer who won the hearts of the Spaniards week by week during Operación Triunfo, and last night, Amaia took her crown. She is going to Eurovision and she has also won OT 2017. Y’all bow to Amaia I of Spain!

Over the weeks, Amaia has given the most amazing performances, and this week was no exception. She delivered a stirring performance of “Miedo”, a song by MClan.

In fact, her choice was quite surprising, as the song is a quite normal ballad, without any big notes or moments that allowed her to shine. But Amaia cut through and amazed everyone with her emotions and her pitch-perfect vocals.

Once she made it to the superfinal, Amaia performed again, this time with David Bowie’s “Starman”. It was the first song she performed in OT and which led her to her only nomination in the show. But last night Amaia proved what evolution was, and she nailed her performance.

Amaia won the superfinal with 46% of the vote, with her best friend inside the academy Aitana finishing second with 42%, and Miriam gathering a 12%.

Aitana, who impressed us all last week with “Arde”, proved again she’s a vocal powerhouse with her rendition of Sia’s “Chandelier”.

She later covered Jessie J’s “Bang Bang”, the first song which she performed in OT and that was major change. Back in Gala 0, she missed a beat at the beginning and her performance was a hot mess, while last night Aitana rocked the stage and commanded the dancers like a true popstar. Yas!

In third place was Miriam, whose vocals were fire! She sang Malú’s “Invisible” and nailed a series of long notes that sparked eargasms all over Spain.

She made it to the superfinal, where she sang again Vanessa Martín’s “No te pude retener”, like at Gala 0. She was all emotions in that performance, and she showed how the contest had made her grow as an artist.

The big shock of the night came after the first round of voting. For many, the superfinal was a clear race between Amaia, Aitana and Alfred, but then OT proved that you can never take anything for granted in a TV show.

Alfred (Amaia’s boyfriend and her partner in “Tu canción”) finished fourth overall with only an 8% of the votes and therefore didn’t proceed to the superfinal.

Rounding out the top five was Ana War, who impressed everyone with a heartfelt rendition of Carlos Gardel’s tango “Volver”. She sang and she was pure passion while she showed her tango moves.

From Canarias to Buenos Aires, Ana Guerra proved why she deserved her spot in the final!

OT is over as a contest, but it’s far from being over at all. Next week, all the 16 contestants will perform again in a special show with their best moments.

Get ready for a night with Amaia belting out “Shake it out”, Aitana and Cepeda melting the whole country with their “No puedo vivir sin ti” or Ana Guerra killing it with her iconic “La bikina”. YAS!!

Do you agree that Amaia was the best singer of all the 16? Did she deserve the trophy? Would you have prefered Aitana? Who of the five finalists should have won? Tell us in the comment section below! 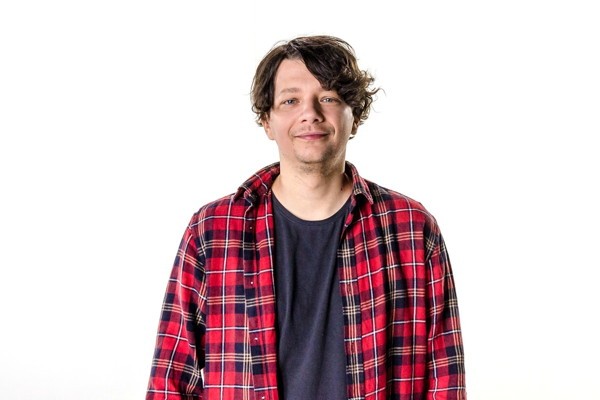 Her voice in so beautiful! She really evolved! Congratulations!

She bores me. Her tone is not unique and she’s awkward on stage.

they kept going on about their eurovision songs needing to be in spanish but they sing in these live shows in english (with bad accents)?

This was first and foremost a reality tv singing competition, Eurovision was just a special episode in which all songs were meant to be in Spanish

It IS a TV show where the participants have sang in English, French and Portugues. We like and enjoy music in any language.YOU SHOULD TRY TO DO THE SAME, I can’t wait too see English people singing in other languages on TV , maybe that would help you to be more inclusive, and to solve the lack of solidarity that has been proved during the past years.

I’m confused how this works — Almaia are still going to Eurovision together? — that’s sure a LOT of singing they make them do AFTER the choice is made (but I guess that helps them hopefully get comfortable for the Eurovision stage) — Amaia is SO SPECIAL — “Miedo” gave me chills and “Starman” proves that she could sing just as well in English as Spanish — and as far as i’m concerned, after this year, if the Spanish selection people are EVER going to select someone internally again, the ONLY option is Aitana … she more than proved her… Read more »

m i r a i
Reply to  Josh Kennon

Yep, they will be at ESC. Yesterday was Operación Triunfo’s superfinal to choose it’s winner. Last week we had “OT 2017 Gala Eurovisión” (a special show which was a sort of NF) to choose our representative at ESC through OT’s contestants, as you know. So, we won’t change our representative.

Looks like an internal selection could be out of the question for the time being, as a renovation of OT for another season will be made official in March.

Amaia’s a great singer. She and Alfred are gonna do Spain proud in Lisbon! Also I can never hear “Starman” without getting choked up.

Aitana is biggest loser both time for Eurovision and OT final.
Aitana with one song Arde would go to Eurovision, her votes was split on 2 song in supefinal Arde and Lo Malo.

Congratulations Amaia! And she was much better dressed than when she won the Eurovision gala 🙂

My favourite wa Alfred but Amaia is wonderful too, I think the fans of the couple concentrate the votes in Amaia in order to one of them win and didn’t split the votes. I felt sory dor Alfred, I think he is charismatic and original

Wait- so OT continued after the ESC entry was picked? I recognise that it wasn’t just a National Final, but I thought it would’ve culminated last week in the selection, rather than continuing on for another week?

Yes, last week the winner(s) would only get the opportunity to represent Spain at Eurovision, nothing else. However this week, the winner gets a record deal with Universal Spain if I am not mistaken, 100.000 € in prizes and more.

Amaia is wonderful, but very peculiar. Hopefully the eurofans like it

I have grown rather fond of Alfred since I watched his performances on last week’s Eurovision show. What I will say is that I prefer all of the contestants singing in Spanish because most of them are seriously struggling with the English pronunciation. So much so that I don’t want to listen.
So far, I am still digging Alfred and Amaia’s Eurovision entry, I hope it doesn’t get old until May or until all songs are revealed.

And all Cepeda fans voted for Aitana. What nonsense..

It was quite mediocre. Her voice is not powerful enough.

Wow, the votes for Aitana and Amaia were quite close (42% for Aitana against Amaia’s 46%) that it could have been anyone’s game, except for Miriam of course.

So you’re saying that in the first round of votes with the 5 participants, Aitana was raking 1st?

And all Cepeda fans voted for Aitana. What nonsense..