Hungary’s national final A Dal is well underway. Eighteen acts have qualified from the three initial heats and they will go on to battle it out in the semi-finals. The first semi is due to take place this Saturday, but who should qualify for the grand final?

The young singer hailing from Debrecen charmed the audience with the Salvador-esque performance of his haunting ballad. He qualified being tied in first place of the second heat with 44 points.

The X-Factor alum was saved by the televote after scoring 35 points from the jury. His Rag n’ Bone Man-inspired track was written by Hungary’s 2013 Eurovision contestant, ByeAlex.

The authentic gypsy band finished tied in third place with their uptempo track in the third heat, scoring 38 points.

The experienced musician qualified from joint second place in the second heat, scoring 43 points with his slick pop tune.

Gabi Knoll – “Nobody To Die For”

The returning songstress soared to fifth place with her dark pop number, gaining 40 points in the first heat.

The A Dal veteran rock band took the joint first place of the first heat, scoring 44 points with their heavy metal anthem.

The returning indie group was tied on the third place of the third heat with Ham ko Ham, on 38 points.

Although the Sopron based hip-hop/folk band and their satirical entry only reached the ninth spot with their 34 points, the televote granted them the semi-final presence.

The49-year-old singer shared the first place with the aforementioned Leander Kills in the first heat, gaining 44 points with his gentle ballad.

Who should qualify from the first semi-final of A Dal? 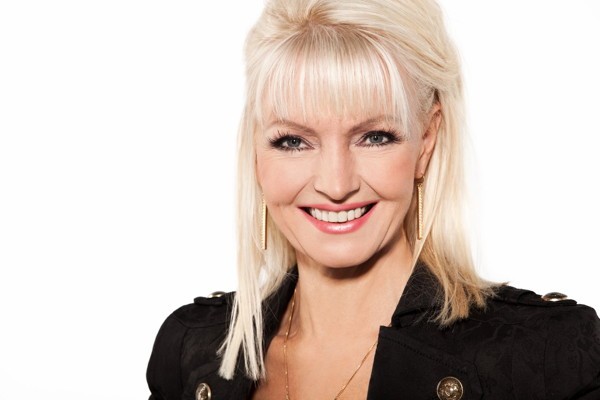 Sidenote: Although the A Dal youtube/website is pretty good, anyone know where you can watch the performances from 2016?

Awful semifinal, only good one is Gabi and she probably wont make it

I’m a simple girl – I hear some genuine metal song -> I love it.
Leander Kills are amazing, their guitar riffs kinda remind me bands like Melechesh or Orphaned Land. <3

Difficult to say, I have a little preference for Zsolt Sule, his noltagic ballad is a charming sound travel, and I like the violin solo.

Zsolt Sule is so underrated

I mean none of these are hopefully the actual winner because MEGGYFA ALL THE WAY! lol

Since none was not an option I clicked on Leander kills and Gabi knoll!
None of the acts in this semi will keep Hungary’s qualification streak intact!

I don’t know how many Songs can qualify…. My favourites out of this semi ”Azt mondtad”, ”nem szol harang” and ”Hypnotized”…. I’m also really scared about the fact that the favourites AWS, Horvath Tamas and yesyes are all in the same semi final…. 😀

Oh god, I just noticed that ”Budapest girl” is also in the 2nd semi…. God help us, this is gonna be a bloodbath.

That song is so stupid ! I don’t know how the judges gave it so many points!

Yeah, I’m also not a fan of it. But he received 9 Points from the public voting, so I guess he’s a contender…. :/

I wish that Gergely Dánielfy won the whole thing. I’ve no idea what he’s singing about, but he gives me all the feels nonetheless.

I share your sentiments entirely. 🙂 I also didn’t get the Salvador comparison until someone pointed it out, and even then, the similarities are marginal. Similarities: Young man sings an emotional love song with impressive instrumental background. Differences – APD has two verses and choruses on repeat, only second time in reverse, while AM has no chorus and a lot more lyrics. APD is a 50s throwback with slight jazzy influence, while AM has some Hungarian/gypsy violin in it. While both songs are sung in a slow tempo, AM changes it’s intonation a lot more times than APD, giving it… Read more »

I completely agree Bogdan! And dear wiwibloggs, the comparison of Gergely to Salvador is completely misplaced. You are missing the more obvious comparison: In 1994, the first time Hungary competed in ESC, they were represented by a young girl called Federika (if I am not mistaken, also from Debrecen) who was also accompanied only by a guitarist, who also sang an emotional, haunting ballad called ‘Kinek Mondjam et Vetkeimet; and placed fourth (which is to date, the highest placement for Hungary. But I guess most of you are too young to remember that masterpiece (ehem..I am not). I think Gergely… Read more »

Guys I so agree with you!!! I put the song and i got goosebumps! that’s world class! And that is actually what Eurovision is all about! Music and music unites and present feelings to people!!!I can defiitelly see it in top 5. One of the few songs that you dont need to understand what the lyrics means in order to feel the song