The Wiwi Jury — our in-house panel of music unprofessionals — has journeyed to the beautiful city of Minsk to check out the 10 acts competing in Eurofest 2018. With the national final on February 16, each act is busy getting their crew ready.

The next entrant up for review is manband Radiovolna with “Subway Lines”. Are we moved by their entry? Read on to find out!

Antranig: Listening to “Subway Lines” feels like a daily train commute to work — unoriginal, boring and a good excuse to pick up a book I’ve been meaning to read. It’s provides some nice variety in the national final, considering the big ballads and pop songs it is competing against. But “Subway Lines” proves that being different and being good are mutually exclusive phenomena. I wish this was a trainwreck but it’s a lot less exciting.

Luis: Listen, no one watches Eurovision to get depressed. “Subway Lines” starts out promising, but then it metamorphoses into a snoozefest of sad lyrics and slow beats. If there was a definition of “toilet break” in the dictionary, this would be the first example.

Natalie: Someone seriously needs elocution lessons. All I know is apparently someone is forgetting the transport network of Belarus. And with such a small production, the lack of meaning to the song is kind of important. I did get into a bit more when that soft electric guitar came in, but by then I was already like “this is a bit naff, isn’t it”. Seriously, Belarus, there is much better out there.

Robyn: Every national final season, there are at least one or two songs that would make for good relaxation music, something to help beat those sleepless nights. There are some nice moments in “Subway Lines”, but not enough happens. There are no ups and down, just a mostly straight subway line.

Sebastian: Much like real subway lines, this song travels in a straight and more or less predictable fashion. It’s as if you’ve caught the all-stops train to nowhere. The track never changes, the rhythm is slow and monotonous, and you feel underwhelmed by the journey. Points are given for slick instrumentation, but that’s about it. 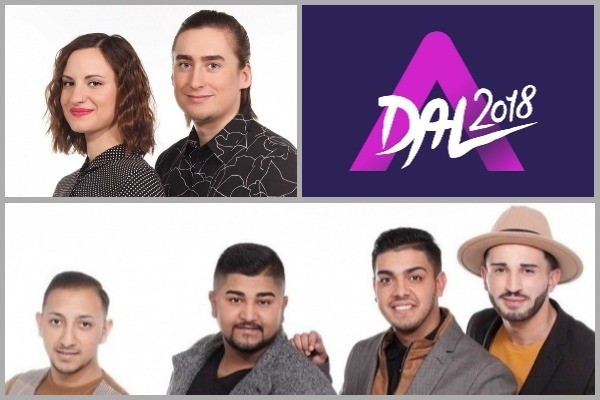 Nice start but then it gets repetitive. It doesn’t have a peak.
4.5/10

Not bad at all, but still missing something. The live performance is a bit bland. It gets boring.

Sibway Lines… ha ha ha! This is pleasant to listen to in the background, but so boring. 🙁 I mean, there is barely any variation and the singer’s voice is so sleepy. 3.5/10