On Wednesday BBC asked them to decide. And the British public duly obliged, opting to send SuRie and “Storm” to Lisbon. That brings the number of confirmed Eurovision 2018 entries to seven.

And once again it’s time to choose your favourites! Can SuRie knock Albania’s Eugent Bushpepa off the top spot? Or could Alfred & Amaia regain their crown? Or perhaps Madame Monsieur will finally grab poll victory?

You can listen to “Storm” and watch our video reaction below. Then vote in our poll. Choose wisely, you can only vote ONE time. Voting ends at 23:59 CET on Friday 9 January — just ahead of the Dansk Melodi Grand Prix and Sanremo finals on Saturday.

We will then relaunch the poll to include the Danish winner and potentially an entry from Italy, depending on whether the Sanremo victor chooses to accept the Eurovision ticket or not.

Just a couple of hours ago, SuRie won the right to represent the UK at Eurovision 2018 with “Storm”. The blonde songstress already boasts an impressive song contest CV, having provided backing vocals for Belgium in both 2015 and 2017. That stood to her during her You Decide performance, while others faltered she shone. But storm by name, storm by nature. Social media blew up in the aftermath of her victory as disgruntled fans expressed their dismay… but then that’s generally to be expected when it comes to the British choice.

Who is you favourite Eurovision 2018 act so far? Could one of these seven be the ultimate winner? Let us know in the comments below. And while you’re at it, share your rankings! 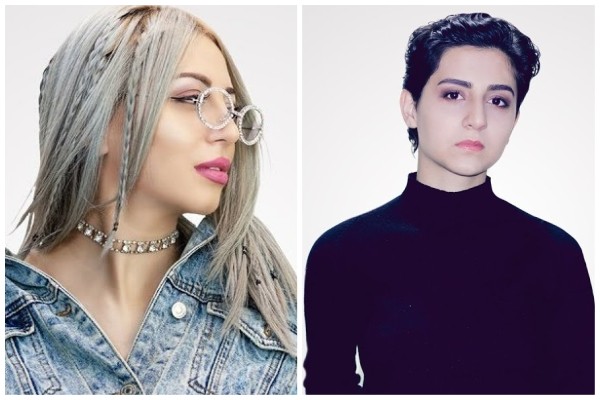 In moment my number one is Spain, and them France ,the rest dont like much ,but good luck to all
LOVE IS IN,HATE IS OUT

My ranking so far:

…..and waiting for Italy to send their best song ever: FRIDA

Spain on top of the rank and then failing the most important day (by failing mean not getting points).

Two things to point out:

That said, I like the Spanish one this year. Yes, a cheesy song but a beautiful one. They are real and the don’t act, so you don’t know what to expect about their eye contact and touching and everything involved on the final. That’s magical. They need a good camera work and stage plan thou.

España, my dear…. it’s the winning horse this year…. I’ve bet for it last week!

1.ALBANIA- the most powerful and beautiful song!

France by a mile so far

I’m quite suprised you like our entry because most if not all the uk public seem to hate our entry and don’t rate it very high, but yeah if a few changes were made, it could possibly suprise people, who knows.
But France is way in the lead compared to everyone else

3.Switzerland
4.Spain
5.Malta
6.Czechia
7.UK – how can this big country manage to come up with such a weak song is beyond me!

Uk absolutely is a copy paste of avicii song “wake me up”, bad UK

SPAIN Deserve to win, obilously is a little cheeasy, but they take us into a different planet with their pure magic an love, THIS IS NO FAKE, i invite you to watch the 3 months in OT, they are just two teens in love, as typicall innocent and pure love that mainly of you has tryed out with 18 years!! Just enjoy watching them, and let them transport us to that magical feelings that we already had.

My top so far:

Should point out that so far there’s nothing I dislike 🙂

6 was supposed to be Swizterland lol

All entries so far are good and different, and that’s a wonderful thing. Genuinely difficult to pick a favourite.

Still France. It’s the only song that stands out for me.

Albania is top for me and it’s the only semi finalist that has a chance of qualifying unless the weak song trend carries on.

France might just get left side of board but it’s likely it’ll be top to mid on right side. UK and Spain are racing for bottom 5 at the moment

1 FRANCE — This one is just wow! What a beautiful song. My #1 BY FAR
2 SWITZERLAND
3 ALBANIA
5 UNITED KINGDOM
6 CZECH REPUBLIC
7 SPAIN

Oh, I forgot about Malta. In that case:
7 MALTA
8 SPAIN

Are you superstitious with number 4? You skipped it

1. France – such an AMAZING song with very touching and emotional lyrics. I’m glad they are going to keep it in French, no need for any additions here, just WOW. 2. Spain – I’m still not sure if I love THEM or the song. They’re just so adorable together, I absolutely enjoy every second of that performance. Love is on the air. 🙂 3. United Kingdom – She’s an amazing performer. Loved that performance on the national final. It’s one of those songs that does nothing on studio version, it just comes alive during the live performance I think.… Read more »

” I’m glad they are going to keep it in French”

I’m glad too that they are going to sing in French, so the stupid message will be lost.

That’s too harsh to call it stupid I think. You may not care about these kind of stories, that’s your problem. But there are a lot of people who do care about them. No need to disrespect.

Will Ermal Meta perform tonight in Sanremo? And what is his song about?
Refugees?
The last thing we need is another song about refugees.
”Mercy” gives me enough headache.

He will perform and it’s not about refugees! Relax!

1. Spain – With the right staging I think this could be the best result for Spain since 1995.
2. Czech Republic – This is a grower.
3. Albania – Best from Albania since Elhaida.
4. France – I want to like this, but can’t help but finding it a little boring.
5. UK – Great stage presence, could be a grower.
6. Malta – Mediocre song that’s elevated by the staging.
7. Switzerland – I liked this after the first two listenings, but now it just leaves me empty.

still voted for France and Switzerland…
UK and Spain share my bottom spot, mediocrity and cheesiness together – but waiting for my home country Germany which will save them from down there, be insured ;-)…

I have come around to Surie now after my initial disappointment. I don’t think it can break the top 10 but it is an entry we can be proud of. I”m guessing id-table is achievable. She’s a talented performer with authenticity and likability. The song is good and insanely catchy (could do with something more going on at the end). My favourite so far is France.

OH! Albania is second to last. Guess whose song is gonna be the winner in a couple hours. Sorry, it’s ridiculous :DD (I voted vor Czech Republic, still my favourite song)

Spain still in top 3?? for real now??
Like, I know that every year we are supposed to have some cheese, yet this is particularly bad. Not only it’s mellow as heck, their voices barely harmonize (especially Alfred should stfu) and the song is ultimately boring (dare I call it a “pee break song”). Meanwhile Switzerland, ALBANIA (and even Malta, who is not the best, yet decent and catchy) are on the very bottom.

My favourite at the moment is still the song “Tu canción” with Alfred and Amaia. The song itself is so simple and magical. The harmony/composition and lyrics together with the two vocal arrangements- absolutely emotional it is the whole package and the best so far in my own opinion. With the appropriate staging it has potential to draw the audience on mass at first listen..Keeping it simple is the key. My 2nd favourite is “Mall” Eugent Bushpepa. The song itself is quite complex lyrically but the lyrics in the song are really touching and the singer’s delivery transforms the song… Read more »

Only Czech Rep & Spain I love…

UK song is nice, but will not be in anybody’s top 10 (maybe only in Australian jury), after that UK will complain that ”the continent” hates them, that Eurovision is a joke, that they are good and the rest are tasteless.
LLLOOOOOLLLLLL
At least Germans don’t complain, they go on till they will make it again, no matter how long, no matter how far.

France is my choice

The song of Albania is the best of the 7

I think all of these songs are good but Albania, Malta and Switzerland got my votes

France has decent song, pleasent melody, nice performance, voted for them now, but i don’t like any of these anyway.
Albania- very good singer, I don’t like the song that much, but I think they have chance for final with this. Hope they won’t change lyrics in English like last year.
Spain- That cheesy performance, so much sugar, lol. I can’t believe they voted for this. But, different strokes for different folks, I guess. It’s better than last year anyway, but it can’t be compared with Sobral, if we talk about ballads.
The rest are average-bad.

Things are likely going to change in time, but so far my top 7 is:

Albania is fourth now, but is probably going to be first by Saturday. I am always skeptical when the results drastically change within few days. Most big polls, containing the main line-up, usually tend to have those sort of sudden inflations, which is the reason I became kind of indifferent towards it’s results. Idea: maybe Wiwiboggs could have those polls last only a day, and then add up the results later on. That way, the possibilty of inflation possibly could get lower. I don’t know… just a random idea.

There have been many duets by actual couples in esc but none of them was as desperate as spain. It ‘s blatant that they’ re exploiting it so much to gain attention. A simple hug or kiss at the end of the song would be more than enough, but they had to overdo it, they dont even look at the camera just smilijg at each other. They spend half of the song hugging. Their act looks more like a soap opera than a song performance

Desperation has only one name : Krista Siegfrids. Desperate to marry a man, she kisses a woman on stage, cheap trick to appeal to everybody. She wanted the best of both worlds, and is not working that way. Rank 24, Points 13.

France and the UK got my votes. Even though Spain is my 2nd favourite I did not vote for it because they get extra support from spanish fans I think. But still I really like the song.