In just a couple of hours, seven more acts will take to the stage for the second semi-final of Melodifestivalen 2018 — Sweden’s selection for Eurovision. The team at wiwibloggs are on the ground in Gothenburg since Thursday, and have been catching up with all the acts in between rehearsals.

We were in @margaret_official’s cabana! From her #melfest entry “In My Cabana” to fashion to #eurovision, we discussed it all. Soon on wiwi.tv ???#eurovision2018 #allaboard #melodifestivalen #melodifesivalen2018 #margaret #inmycabana

We first spoke to the former Polish national finalist on Thursday morning. The “Cool Me Down” hitmaker told us all about her Melodifestivalen experience and how it differs from Krajowe Eliminacje. But despite all her links to the song contest, she doesn’t see Eurovision in her immediate future. Not even for San Marino! Outside of music, Margaret also tells us about her passion for fashion design and her forays into voice acting.

That interview took place before first rehearsals had begun. And since Margaret’s staging is amongst the most discussed in this heat, we just had to grab her for a quick chat after Friday’s dress rehearsal. What is the story with the toilet?

We met Stiko during the lunch-time press conference on Thursday. The indie-rocker explains how he went about creating his song after winning the  P4 Nästa competition — not to be confused with the old Svensktoppen nästa contest.

Watch our Stiko Per Larsson interview.

Thursday’s press conference also gave us the opportunity to speak with Ida Redig. The Melfest newcomer talks about how her sound has evolved and why she is choosing to sing in Swedish. She also discusses her personal style.

We’re having a lovely chat with #melfest returnee @mimiwerner. You can see it later on Wiwi.tv ????? #melodifestivalen #goteborg #gothenburg #sverige #sweden

On Friday morning, we caught up with Mimi Werner. Fans will remember her for her 2016 Melodifestivalen entry “Ain’t No Good”, which narrowly missed out on a top four spot in its semi. Mimi tells us about the experience while explaining how this time is different. She also reveals how a 20-something Swede developed such a fondness for country music. Marilyn, her pet parrot, gets a shout out too.

In the afternoon, we went to see LIAMOO. The one-time Idol winner might just be 20, but he’s already experienced a lot. When still a teen, he had to face down threats over his stage-name. Thankfully, that drama is in the past allowing the up-and-coming star to focus on things like Melfest. LIAMOO tells us about the meaning behind his song and also what it’s like to work with renowned stage designer Sacha Jean-Baptiste.

The dress rehearsal took place on Friday evening, and afterwards we headed into the media scrum to find the audience favourites Samir & Viktor. We managed to grab the pair for a brief moment as they told us about learning the Shuffla. And they’re in it to win it, not even Samir’s other half Sigrid can stop them!

Jonas Gardell completes the line-up, and we also nabbed him for a couple of minutes after Friday’s run-through. Best known for his comedic work, Jonas elaborates on the dark nature of his entry. He tells us that life is always a combination of both comedy and seriousness. 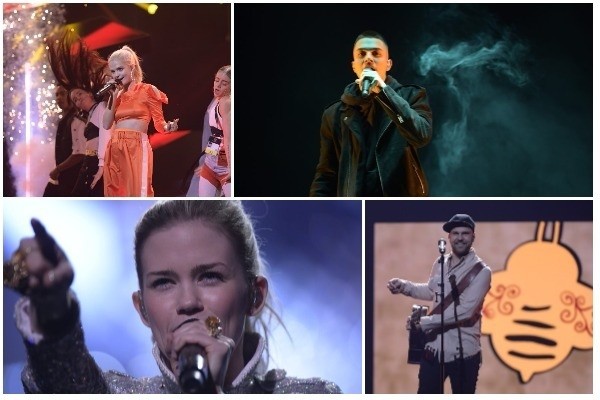 Melodifestivalen 2018: Listen to the 2.30 minute snippets of the semi-final 2 songs 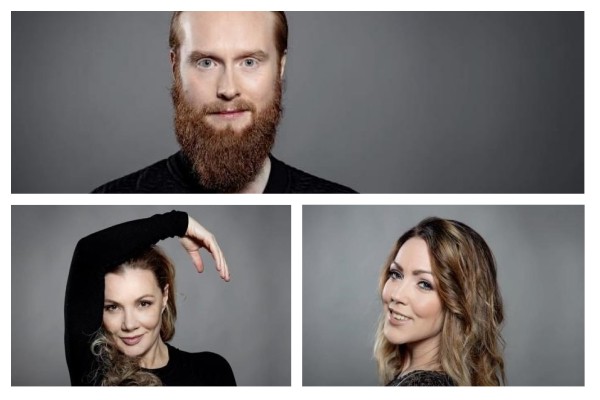