The Wiwi Jury — our in-house panel of music unprofessionals — continues to review the qualifying acts from Lithuania’s Eurovizijos Atranka 2018. Next we listen to Jurgis Bruzga with “4love” and Kotryna Juodzeviciute with “That Girl”. Did we think they delivered that song? Read on to find out!

Anthony: It’s like as if we entered a parallel universe from Melodifestivalen with Benjamin Ingrosso’s staging, and Jurgis morphing into Robin Bengtsson with his dancers — minus the treadmills. Although Jurgis can deliver a slick choreography of his own, it does come across awkward at times. “4love” is enjoyable and it’s an improvement to his previous attempt “Hold On”.

Luis: Does Jurgis want his lover to love him with that spasmodic choreography too? Because it’s a bit off-putting… These kinds of entries work when we get a performer at the level of Justin Timberlake. Robin Bengtsson sold it perfectly last year, but Jurgis falls too short. In a way, it’s as if he’s tried to mix into an entry everything he thinks is cool, without considering if he’s actually able to succeed at it.

Lukas: This song and the entire performance are very similar to last year’s effort from Robin Bengtsson. Still, this is a strong entry and maybe the best from all of Jurgis’ attempts. “4love” has a catchy chorus and builds quite well. Maybe there is a bit too much electronic sounds because it gets a little annoying to listen to. But overall this did stand out and is a strong entry this year.

Renske: The choreo looks really slick and the song sounds quite catchy, but it is not much of a catch. When the song starts, it’s like Jurgis is singing a completely different melody than the music is prescribing. It makes the product sounds confusing and unfinished in the end.

Robyn: This is a decent modern R&B track, but Jurgis doesn’t quite have the swagger to perform it. In that suit, he comes across more as a nerdy accountant than a cool pop star. It’s not helped that he’s accompanied by three dancers in tuxedos, a poor recreation of Robin Bengtsson’s menswear quartet from “I Can’t Go On”. There are some good ideas in here, but it would need a lot of work to be a success at Eurovision.

Score: 6/10In the Lithuanian Wiwi Jury, we have 13 jurors but only room for 5 reviews. The rest of our scores can be found below:

Anthony: A completely different route from “Love Shadow”, “That Girl” is a catchy tune and delivers the swagger to Eurovizijos atranka. While vocals are fine between Kotryna and her backing group, it’s the choreography that could do with a bit of tweaking. But she’ll have to be careful not to end up resembling the teenage life of Daz Sampson. And we all know how that panned out.

Luis: That girl’s got sass! Problem: it’s on the fine line that separates sassy from cringe-worthy. Kotryna’s entry is fun and catchy, but it gets a bit repetitive and there are points when she kind of fades into the background. The performance needs two things: to be brought back from the ’00s and to be more polished. We’re going to Lisbon for Eurovision 2018, not for UEFA Euro 2004.

Lukas: This entry is stronger than her last year one but still not the best what Kotryna could do. “That Girl” has a very sassy vibe but Kotryna doesn‘t give enough sass in her performance. The best part of this is the chorus because it is very catchy but the song itself just misses something. With more polish and confidence in her performance, Kotryna could reach the final yet again.

Renske: Kotryna was one of the most surprising acts in the last edition and really grew as the weeks went on. As much room to grow and improve “Live Shadow” had, “That Girl” feels rather static and unoriginal. I am afraid the act will get cheesier rather than better as the weeks will go on.

Robyn: “That Girl” is a super fun track and Kotryna brings loads of attitude and energy to the performance. But there’s the problem. It’s that breakdown — it’s a bit cringe. Suddenly Kotryna and her backing vocalists come across like a youth theatre group, trying 2 b cool 4 the kidz. It needs work. 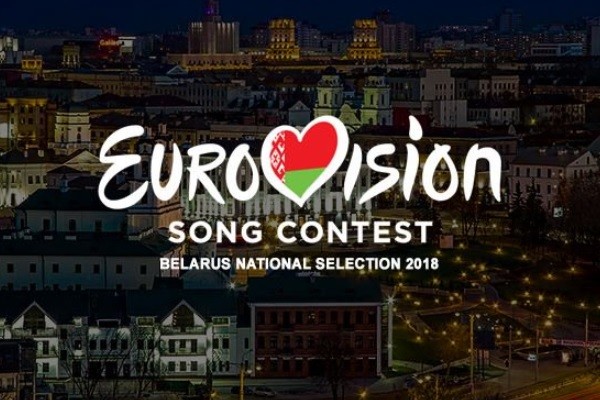 Poll: Who should win Belarus’ national selection for Eurovision 2018? “4love”: The song sounds good but I feel he doesn’t fit the song itself. Nice beat and staging. Basic lyrics.
5.5/10
“That Girl”: Sassy, nice beat and choreography. If that was a studio version, I would like it, but live I feel it lacks something.
5.5/10

yep i was watching jurgis’ performance and i’m like … hang on… this is robin bengtsson!! (LT edition)

I was thinking about Robin too. I like Kotryna’s song, very uplifting and fresh.

These are both really bad. Jurgis won the televote two days ago, Lithuania truly has the worst taste. I mean, no other country would pick Fusedmarc. 4love will do absolutely nothing in Lisbon if he manages to win. There are only few songs with potential but I know they won’t win the NF.

What’s the point of sending songs that won’t win eurovision? Fusedmarc was atleast different from the other songs, though I can’t say I liked that song alot.

And what are those few songs in your opinion? 🙂