This Friday, 16 February, Belarus makes its choice for Eurovision 2018. There’s been plenty of drama since the lucky 11 qualifiers were announced in January. We’ve lost an act, songs have been made legal, and now we want to know your opinion — who do you think should be waving the Belarusian flag in Lisbon?

You can find all the competing songs below, and then vote in our poll.

Adagio, Belarus’ answer to Il Volo, are competing with their dramatic popera ballad in the newly embraced Belarusian language.

After withdrawing from the Ukrainian national final and rumours that the song might be disqualified for being performed before Belarus’ cut-off point, Alekseev is in. He seems to be a favourite to win the Belarusian ticket to Lisbon, with the English version of his regional hit “Nafsegda”.

Despite failing to pass the auditions in previous years, Alen Hit finally makes his debut competing in the Belarusian national final with an upbeat funk number.

After finishing sixth in 2016, Anastasiya returns to the contest with a belter penned by Swedish national final veterans Ylva and Linda.

She may have failed to win the national final seven times, but Eurofest legend Gunesh ain’t shedding no tears. With lyrics by ex-Army of Lovers member, Alexander Bard, she enters this year with an uplifting Swede-pop banger.

Another slice of slick funk-pop is being served by Kirill Yemanov, winner of the 2016 Wiwi Jury for his entry “Running to the Sun”.

After finishing tenth in last year’s selection, Aleksandra Tkach has impressed the judges once again with her heartfelt ballad, this time under the alias of Lexy.

2018 marks the fourth participation of Napoli’s Olga Shimanskaya in the Belarusian selection. This time, she showcases her vocal abilities in a fiery ballad.

Electronic duo Shuma are debutanting in their quest for Eurovision glory, shaking things up their dark, experimental sound.

Radiovolna swap their funk-rock sound for a (in case there weren’t enough already) ballad, attempting an improvement on their penultimate placing in the 2016 national final.

BELARUS NATIONAL FINAL – WHO SHOULD WIN?

Those are the ten competing acts. Now, it’s time for you to have your say on who should win. Our poll is now open, and you can vote for as many acts as you like. But remember, you can only vote ONCE, so make sure that vote counts!

Which act is your favourite? Does Alekseev have this in the bag? Can Belarus make it back to the top 10? Let us know in the comment section below! 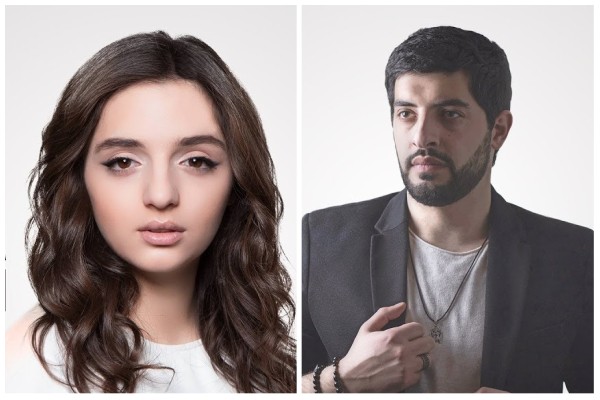 this NS is so weak omg what is this

My favourite here is obviously Alekseev. His song is radio friendly, with potential.
Besides him, I’d be ok with Alen Hit or Shuma.

Shuma would be the best choice

Shuma all the way! Their digital archaica style is awesome, so strange yet captivating… Belarus should try something different to the usual low quality poo. Alekseev would be the wrong choice. “Forever” is bland and crappy and his vocals weak. He’s there just because of his fame.

Alekseev’s Backing vocalists for the national final (and if he wins, ESC 2018) are the tolmachevy sisters (Russia’s First JESC Winners).

Ok. Its SHUMA. IT IS GOOOOOOOOD

Of course, it’s a weak selection but I don’t like Alekseev’s song THAT much. Have most people even noticed the terrible English accent of most of the interpreters? After sending their best song to Kyiv last year, it’s painful to see Belarus wreck this year.

It was just a video. Gunesh, Lexy and some others also made videos

The fact that Alekseev is famous in like three countries doesn’t change the fact that he’s a weak performer with weak vocals and a weak song. They won’t see the light of qualification with him. I’d go for something risky like Adagio… opera in Belarusian will surely stand out for the viewers.

You can’t act as though it’s a fact. That’s Polegend’s opinion, one I happen to share. I was so happy with the Belarusian entry last year, it’d be a shame to see them tank again.

Only Alexseev has a chance to qualify to the Grand Final. All other songs don’t seem competitive. If Belarus choses the other artist, they won’t be in the final, imo.

I’d prefer if Adagio wins, if they’d be able to sing in harmony.

Alekseev relies on name rather than song. If a no-name artist sent “Forever” no one would think twice about it and it might not have even made it to the national final. SHUMA is the best option.

Oh, I wonder who it may be…. Said nobody.Ever.

Alekseev is the only option!! The rest is just trash, and scream no qualification.

If the others scream, Alekseev *whispers* non-qualification.

There is surely a clear difference between whispering and screaming.
I would rather choose whispering, and guarantee a better place, than choosing an act screaming last place.

You didn’t get it. I’m saying that while the others have powerful vocals, Alekseev isn’t bound to do much better with his dodgy nasal enunciating.

Yeah, but do powerful vocals really matter if the songs are trash?!

The others don’t “scream”, tbh. They sing just fine. 🙂

Omg Shuma is super unique. I think it would be better to take a risk and send something special like that which could either do really well or bomb, rather than alekseev, who will probably qualify 9-10th and then come 18-23rd In The final

Alekseev song is nothing special imo. Adagio is interesting and I love that they sing in Belarusian.

This poll is a waste of time. The question should be, ‘if not Alekseev, then who?’

Hahahaha made my day! But he is seriously the best choice.

This national final is just waste of money. We all know who is going to win.

While I was expecting a mini-revamp for “Forever” ahead of the national selection, I wasn’t expecting Alekseev’s vocals to go detouring to another octave/pitch. But somehow, it still works.

*but I wasn’t expecting…

I vote for Alekseev

Poor Alekseev he is so attacked for singing this song at a birthday party in May. This is ridiculous, just leave him alone. Meta-Moro took a part of other song admitting that they just didn’t wanted it to be lost. Double standard.

Everyone knows who will win this selection…

Um- my mum doesn’t … so let’s have the competition anyway!

Shuma. With an impressive (but not excessive) staging, they would make it to the G-F.